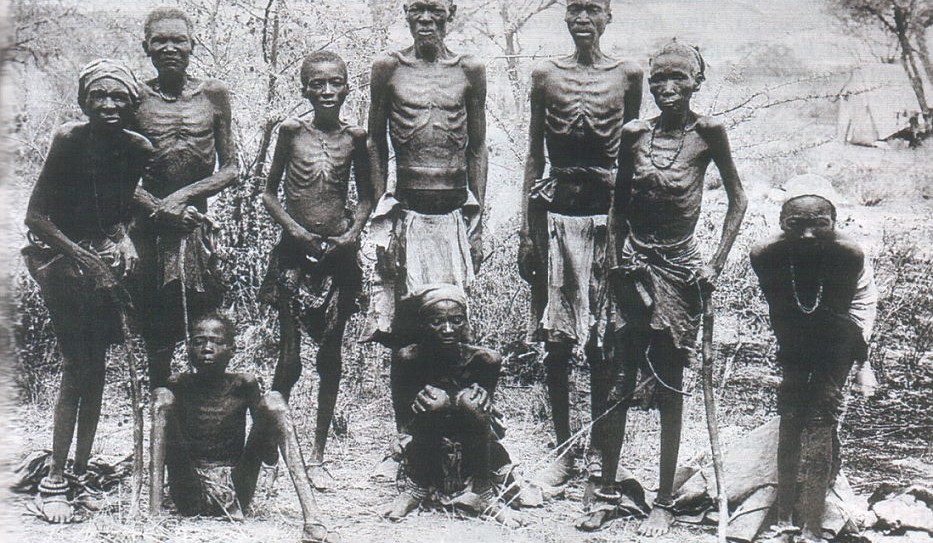 Surviving Herero after their escape through the arid desert of Omaheke in German Southwest Africa (modern day Namibia) circa 1907.
Ullstein Bilderdienst, Berlin
By Edwin Black

In recent years, too many in the African-American community have displayed an aversion to Holocaust topics, seeing the genocide of Jews as someone else’s nightmare. After all, African-Americans are still struggling to achieve general recognition of the barbarity of the Middle Passage, the inhumanity of slavery, the oppression of Jim Crow, and the battle for modern civil rights. For many black Americans, the murder of six million Jews and millions of other Europeans happened to other minorities in a faraway place where they had no involvement.

However, what is not widely understood is that proto-Nazi ideology before the Third Reich, the wide net of Nazi-era policy, and Hitler’s post-war legacy, all deeply impacted Africans, Afro-Germans, and African-Americans. Understanding the German Reich and the Holocaust is important for blacks just as it is for other communities, including Roma, eastern Europeans, people with disabilities, the gay community, Jehovah’s Witnesses, and many other groups in addition to Jews. The dots, known to many scholars but rarely connected, form a distinct historical nexus for the Holocaust and the African-American communities.

The saga behind these connections started decades before the Third Reich came into existence, in a savagery committed in Africa that became a template for the Final Solution. It was the oft-overlooked first genocide of the twentieth century, Germany’s deliberate extermination in 1904 of the Herrero and Nama tribespeople in colonial Southwest Africa, now known as Namibia. The atrocities included explicit extermination orders, mass shootings, bonfires immolating wounded or starving Africans, the wearing of identification numbers, and organized transport in cattle cars to concentration camps. One of these camps, Shark Island, was considered a “death by labor” camp. In its campaign against the Africans, the German authorities introduced several words and concepts: Konzentrationslager or concentration camp; untermenschen or subhumans; and Mischlinge, or mixed race and anti-race mixing laws.