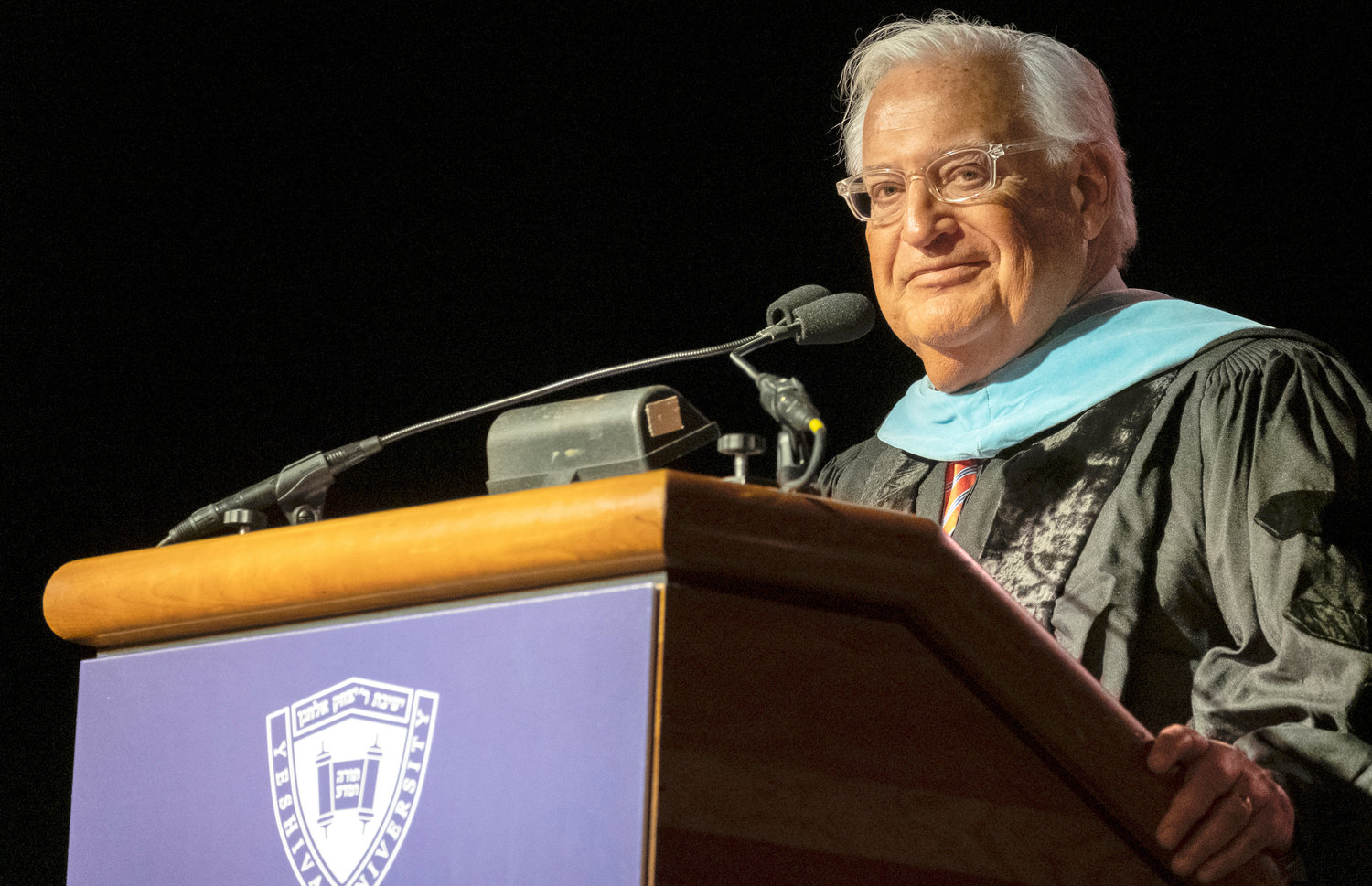 Ambassador to Israel David Friedman slammed the Obama administration’s treatment of Israel compared to how the Trump administration is dealing with the Jewish state, in an address to graduates of Yeshiva University last Thursday in Madison Square Garden.

Friedman, a resident of Woodsburgh, asked, “Should Israel still negotiate with the Palestinians even though Israel did not steal their land? Of course it should, precisely because we are not suggesting, as our predecessor [President Obama] did, that Israel return to the bargaining table as a thief returning to the scene of a crime. Precisely for that reason, there is a basis for discussion.”

“The overwhelming majority of Palestinians are not consumed by hatred nor are unwilling to live in peace,” Friedman said. “Many are well-educated, many of them want what everyone wants — peace, security, good schools, and a better and more dignified way of life. We need to help them get there — not by perpetual handouts that create a culture of dependency and corruption.”

The ambassador said he will participate in the upcoming economic summit in Bahrain that’s part of the administration’s Mideast peace plan rollout.

U.S. special envoy to the Middle East Jason Greenblatt is a YU alum.