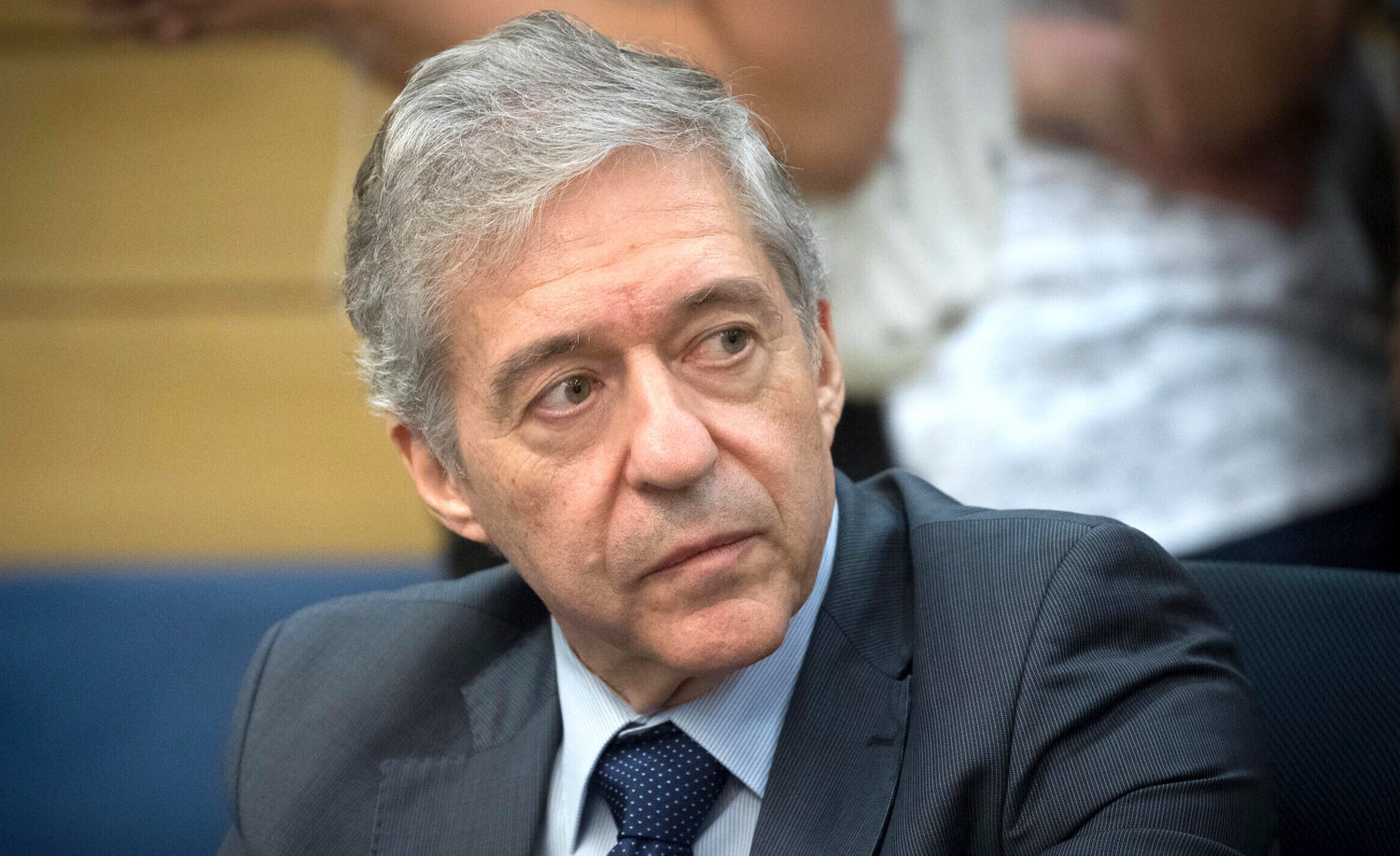 It’s been more than a decade since Yossi Beilin retired from Israeli politics, yet he continues to use his stature as a former government official to sometimes take positions that blacken Israel’s good name.

This past summer, he appeared alongside Israel-haters Hanan Ashrawi and James Zogby in a panel discussion organized and hosted by the UN’s Committee on the Exercise of the Inalienable Rights of the Palestinian People.

The Anti-Defamation League describes that committee as “the single most prolific source of material bearing the official imprimatur of the UN which maligns and debases the Jewish State. … The meetings and conferences organized by [the committee] are replete with anti-Israel statements such as false claims that Israel is an ‘apartheid state’ and blatantly anti-Semitic comparisons to the Nazis.” How sad that Beilin would choose to grant legitimacy to the committee by appearing at its forum.

Beilin is best known for his role in Israeli diplomatic and political affairs. As deputy foreign minister in 1993, he was one of the architects of the Oslo Accords. He claimed that he had brought peace in our time, but PLO chief Yasser Arafat used the accords to create a de facto mini-state, smuggle in tons of weapons and launch wave after wave of suicide bombings.

In 1997, Beilin established a movement within the Knesset to lobby for a unilateral Israeli withdrawal from southern Lebanon. Three years later, Israel pulled out. Hezbollah took over the vacated area and began stockpiling tens of thousands of missiles, terrorizing northern Israel and kidnapping Israeli soldiers — eventually provoking the 2006 Second Lebanon War. Today, Hezbollah has more than 150,000 missiles stationed along the Israel-Lebanon border.

Beilin competed for the leadership of the Labor Party, was defeated, and then defected to the far-left Meretz Party. In 2004, he became chairman of Meretz, promising to lead the party to greater glory. At the time, it had six seats in the Knesset. In the next election, under Beilin’s leadership, it dropped to five. When it became clear that he would be defeated in the next race for the party’s chairmanship, Beilin withdrew his candidacy and retired from politics.

Over the past decade-and-a-half, he has taken some positions that have surprised and alarmed many friends of Israel.

One involved former President Jimmy Carter. In late 2006, Carter shocked and outraged the American Jewish community by authoring a book titled “Palestine Peace Not Apartheid.” Abraham Foxman, then the national director of the Anti-Defamation League, charged that Carter was “engaging in anti-Semitism” by promoting the apartheid libel. Fourteen board members of the Jimmy Carter Center in Atlanta resigned in protest over the book. Even the ultra-liberal Central Conference of American Rabbis announced that it was canceling its forthcoming visit to the Carter Center. It seemed as if the entire Jewish world was — with justification — furious at Carter.

But not Beilin. Writing in The Forward, he heaped praise on the former president as “one of the world’s most accomplished statesmen” and “a public figure of enormous moral clout.” Then, while not directly endorsing the apartheid charge, Beilin in effect justified it by claiming that Carter’s accusation was no different from what “has been said by Israelis themselves.”

It’s true that there have been a few Israeli extremists, including some of Beilin’s Meretz colleagues, who have accused Israel of apartheid. But the overwhelming majority of Israelis reject that charge as an outrageous falsehood.

An incident earlier this year suggests that Beilin has no real quarrel with the “apartheid” libel. A small group of current and former Meretz leaders, including Beilin, staged a “protest tour” of the Jordan Valley in June. The group’s spokesman absurdly declared to reporters that if Israeli law is extended to the 30 percent of Judea and Samaria where Jewish communities are located, it would create “an apartheid map” reminiscent of South Africa.

Not only did Beilin not dispute the apartheid accusation, but he piled on, telling the reporters that the Israeli government secretly plans to carry out “more annexation” beyond the 30 percent, even though there is no evidence of that.

A prominent Jewish columnist writing recently in The Forward surprisingly included Beilin on a list of six notable “Jewish thought-leaders” who are “fostering identity-building” among young Jews. Including Beilin on that list was a serious error. His actions and statements are more likely to erode, not foster, Jewish and Zionist pride and identity. Whether by pushing for territorial concessions to Arafat and the terrorist group Hezbollah, taking part in that anti-Israel UN forum or siding with promoters of the apartheid slur, Yossi Beilin has proven that he is not a thought-leader at all, but rather, an utterly thoughtless leader.

Recent events demonstrate that while he and his ilk remain mired in the tired old clichés of yesterday, more thoughtful leaders in the Middle East are beginning to recognize that there are new options for finding ways to a better tomorrow.