Westerners, too, are waging a ‘War on the West’ 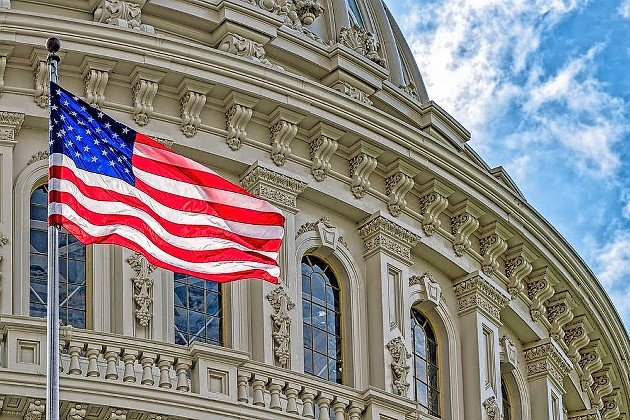 Douglas Murray’s new book focuses on those ‘intent on pulling apart the fabric of our societies piece by piece’ from the inside.”
By Clifford D. May

Vladimir Putin’s Russia. Xi Jinping’s China. Ali Khamenei’s Iran. Al-Qaeda. Islamic State. These and other actors are waging a war on the West, a war against Western power and values. Some Westerners are mounting a vigorous defense. Others are arguing — vehemently and incessantly — that the West is morally inferior to the rest of the world and therefore indefensible.

Douglas Murray’s new book, “The War on the West,” looks at the Westerners who denigrate the West. No greater threat exists, he writes, “than that which comes from people inside the West intent on pulling apart the fabric of our societies piece by piece.”

It’s a topic that Murray, a rather dashing young Brit with an Eton and Oxford education, a posh accent and a switchblade-sharp tongue, has approached from other angles, provoking predictable howls from predictable quarters.

For example, a reviewer in the New York Times dismissed his “The Strange Death of Europe: Immigration, Identity, Islam” as “a handy digest of far-right cliches.” (On the other hand, a reviewer in The Sunday Times of London called that 2017 book “brilliant.”)

In “The Madness of Crowds: Gender, Race and Identity,” he questioned the wisdom of valorizing select victim groups. The Guardian called that 2019 book “the bizarre fantasies of a rightwing provocateur, blind to oppression.” (By contrast the Daily Telegraph praised Murray as “a superbly perceptive guide through the age of the social justice warrior.”)

Anti-Westernism has been taken up energetically on American and European campuses and in much of the elite media. Murray points out that it has become common for bien-pensant academics to dismiss such Enlightenment philosophers as John Locke and David Hume as racists based on scant evidence. At the same time, Karl Marx, whose racism was both virulent and consistent, gets a pass because he was, well, a Marxist.

The New York Times’ 1619 Project asserts that America’s “true founding” was not 1776 when the Declaration of Independence was adopted by decolonized Americans, but the year a privateer ship brought slaves from a Portuguese colony in Africa to a British colony in Virginia.

This assertion is supported by neither reporting nor serious scholarship. It is intended, Murray writes, to establish that “the American story was rooted in a crime that could apparently never be alleviated.”

Anti-Westerners determinedly ignore progress. Murray notes that author Robin DiAngelo, coiner of the term “white fragility,” maintains that “the younger generation” of Americans is no “less racist than the older ones.”

What’s more, she and many other commentators are either ignorant of or uninterested in racism elsewhere in the world. Murray writes about one exception, “a late colleague of mine, Clarissa Tan,” who attempted to call attention to the prevalence of racial bias in Asia. She noted, for example, that people like her, ethnically Chinese but with Western values, are derided as “bananas,” that is to say, “yellow on the outside but white on the inside.”

In Asia, too, “Racism against black people remains ingrained and commonplace,” Murray writes. This has become especially egregious in the growing number of African countries now dominated by “new Chinese masters” ostensibly engaged in economic development but, in reality, draining the continent’s natural resources.

In much of the Arab Middle East today, Murray points out, “black people are referred to as Abid’ (plural Abeed’), which literally translates as ‘slave’.” That is likely a legacy of the 13 centuries during which there was a flourishing Arab slave trade from sub-Saharan Africa.

He adds: “There are estimated to be over forty million people living in slavery around the world today” — which is more than in the 19th century. Anti-Westerners don’t give a fig.

Another contention of the anti-Western crowd, Murray observes, is that “nobody in the world can do anything wrong unless the West has made them do it.”

I learned that as a newspaper correspondent in Africa years ago when several of my editors discouraged me from focusing on such issues as corruption, ethnic/tribal conflicts and the failure of the “socialist path to development.” Their preferred macro-narrative was that the new nations of Africa were doing just fine, and whatever problems remained were “the legacy of colonialism.”

Murray contends: “Although the age of empire lingers over” many countries in Africa, the Middle East and Asia, “in few does it remain the salient factor in whether a country has been able to succeed or fail.”

Western “self-hatred and self-distrust,” Murray observes, are being used by the West’s enemies “for their own ends.”

It is “enormously helpful to China today, as it was to the Soviets in the past, to encourage the perception of America as uniquely racist and China as uniquely virtuous,” he writes.

In other words, denigrators of the West — and let’s not confuse denigration with serious criticism or research-based revisionism — are strategic partners of those seeking to diminish, defeat and perhaps destroy the West.

They constitute a formidable coalition. Those of us who believe that the West, for all its faults, is preferable to the available alternatives, have our work cut out for us.