We’re to blame for leaving our children defenseless 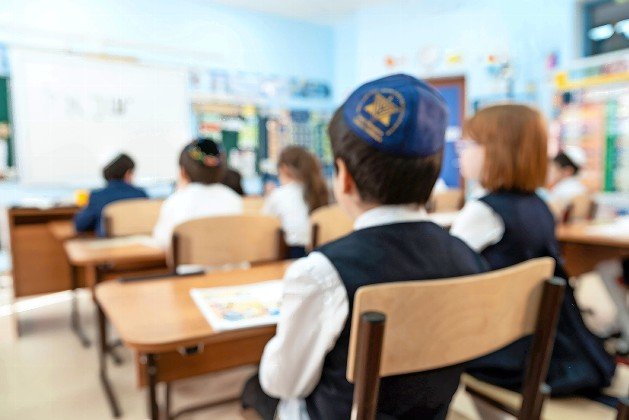 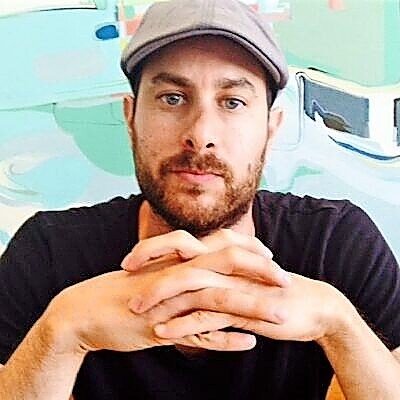 Anti-Israel activitists are trying to rewrite history. If our children don’t understand that history, they will fall victim to the fallacious vitriol spewed in their direction.”

War zones and hostility await our kids at college. At best, they will feel defeated. At worst, they will be calling Israel an apartheid state at your next Shabbat dinner.”

Jewish parents talk glowingly of the indigenous homeland that they love. However, mostly they outsource their children’s education about Israel to day schools, Hebrew schools and Jewish camps. They think it’s taken care of.

There is one major problem with this: They don’t teach about Israel in any significant way at most day schools, Hebrew schools or Jewish summer camps. They teach primarily about Judaism.

Typically, their students and campers don’t know much about Israel, its founding, its history or the Arab-Israeli conflict.

Sure, they can tell you about all the stories in the Bible — the Maccabees and Chanukah, Queen Esther and Purim, the exodus from Egypt and Moses. They know the songs and can sing them with gusto. They also, of course, know everything there is to know about the horrors of the Holocaust. They have read Elie Wiesel’s “Night” and “The Diary of a Young Girl” by Anne Frank. So, it’s not like they are too fragile to learn about Israel.

Instead, they are told Israel is a magical land. Utopia.

Most young people at the universities the majority of Jewish kids will attend tend to be liberal and progressive, as are most young Jews growing up in America. Jewish students must understand what the BDS movement is before they set foot on campus.

A recent survey of graduates of Harvard — where 78 percent of students considered themselves “progressives” — found that 34 percent support BDS while just 21 percent oppose it, with the rest not having enough information to decide.

The BDS movement’s rhetoric is salient because it has reinvented itself with the language of progressive causes. Activists suggest that to stand for social justice, environmental change, women’s rights, the LGBTQ+ community and indigenous peoples is to stand with the Palestinians. They have also coopted all these causes with duplicitous aims.

BDS doesn’t mention that it was created as a political weapon that seeks the demonization, delegitimization and eventual elimination of the State of Israel. That doesn’t sound very progressive. So instead, the BDS movement presents a black-and-white narrative, insinuating that Israel is uniquely evil.

However, many boycott activists are no longer hiding their true aims. For instance, the leading BDS organization at the City University of New York, Within Our Lifetime, openly supports Palestinian militant groups and proclaims that “they don’t want two states — they want all of it.” BDS, in general, also explicitly rejects “coexistence” and working with progressive groups if those groups don’t embrace “co-resistance” to dismantle the State of Israel.

In reality, it is Zionism and Israel that have brought progressive change to the Middle East. As I recently wrote in a piece for Sapir, Israel is the remarkable story of a conquered and colonized people miraculously reestablishing a country in their indigenous homeland — a country that has brought democracy to a region that has known only kings, dictators and theocracies. It’s a country in which the environment is protected, where there is socialized health care and where the LGBTQ+ community is flourishing even as members of this community are violently persecuted in every other country in the Middle East, including Palestinian-ruled areas.

Israel is also a country in which a woman was elected prime minister within 20 years of the founding of the state and where minorities run the country’s biggest bank and sit on the country’s Supreme Court and in its governing coalition. This is all unimaginable in any other country in the Middle East.

Your kids also need to understand the interplay between anti-Semitism and Israel. More than 80 percent of American Jews say Israel is an essential or important part of what being Jewish means to them.

But if, on campus, Israel is deemed to be a racist, apartheid state, and our children support that state, then they are accused of supporting apartheid and racism. This accuses our children of being complicit in evil, as only those who are truly deplorable would support such hate. This twisted logic allows anti-Israel activists to justify condemning and ostracizing our children.

No country has been demonized by the world in such a coordinated and calculated way, and for such an extended time, as Israel. One need only look at voting patterns at the UN as evidence.

In over 65 percent of instances in which a member state is criticized in a UN General Assembly Resolution, that state is Israel, with no other member state being criticized in more than 10 percent of resolutions. The Palestinian question also concerns roughly a third of all resolutions voted on at each General Assembly session. Since its inception, the UN Human Rights Council has condemned Israel on more than 90 occasions, with Syria a distant second at 35 and North Korea in third at just 13.

If Abba Eban, one of the most gifted and articulate speakers to ever walk the halls of the UN, could not change minds in its chambers regarding Israel, what chance do our children have, especially if they are not prepared?

Anti-Israel activists are trying to rewrite history. If our children don’t understand that history, they will fall victim to the fallacious vitriol spewed in their direction.

Anti-Israel activists have changed the language of discourse.

As Dr. Einat Wilf recently noted, there has been a transition from the “Arab-Israeli Conflict” to the “Israeli-Palestinian Conflict” and then from “occupation” to “apartheid,” all of which is designed to gradually erase the memory of the original Arab goal of eradicating Israel and denying the state any legitimacy.

Instead of Israel being an island of a few million Jews surrounded by hundreds of millions of Arabs, Jews are now seen as the majority oppressors. Israel is now called an apartheid state with no right to exist. In the BDS narrative, there is no solution except the eradication of Israel, and the Palestinians are merely innocent victims of manufactured colonialist oppression.

BDS activists also encourage their peers to see Israel through America’s racial lens, over-simplifying the conflict in an effort to make it familiar to Americans. They claim the issue is about white supremacy and white people oppressing people of color. The fact that a majority of Jewish Israelis are from the Middle East, that Israel contains a large Ethiopian community and that Americans couldn’t tell a Palestinian from an Israeli if their life depended on it, does not matter.

Too many of our children know essentially nothing about Israel beyond that it is the Jewish homeland. But you know who does know all about Israel? Young Palestinian and Arab children growing up in North America. They grow up learning the history of the “Nakba,” Palestine and all the talking points that come with this. They have been indoctrinated with them since birth.

When these two groups of children eventually meet on a college campus, the Jewish kids are outmatched. The Arab kids wax poetic while the Jewish kids look on dumbfounded.

This is precisely what happened to (at least) one of the founders of the anti-Israel group IfNotNow. She talks about this openly — how she showed up at UC Berkeley thinking Israel was a utopia, and then Palestinian students destroyed her, making her think everything she believed about Israel was a lie.

The fact that these anti-Israel students were perpetuating misinformation didn’t matter. She had no retort. She wasn’t prepared. She was let down by all the Jewish parents who relied on Jewish schools and summer camps to do their job.

Trust me, your kids aren’t ready for the war zones and hostility awaiting them when they get to college. At best, they will feel defeated. At worst, they will be calling Israel an apartheid state at your next Shabbat dinner — the opposite of your utopia.

As the proverb goes, it’s late to begin digging a well when you are already feeling thirsty.

Parents need to stop relying on Jewish schools to educate their children about Israel, and start teaching them about Israel before they get to college — whether at home, through high school organizations like Club Z and StandWithUs, or by taking them to Israel and having them learn about its history firsthand.

And while we should not rely solely on Jewish schools, we must encourage them to adopt an Israeli history education program.

Protect your Shabbat table. The ball is in your court; don’t fumble.

Ari Ingel is an attorney and the Director of Creative Community for Peace.