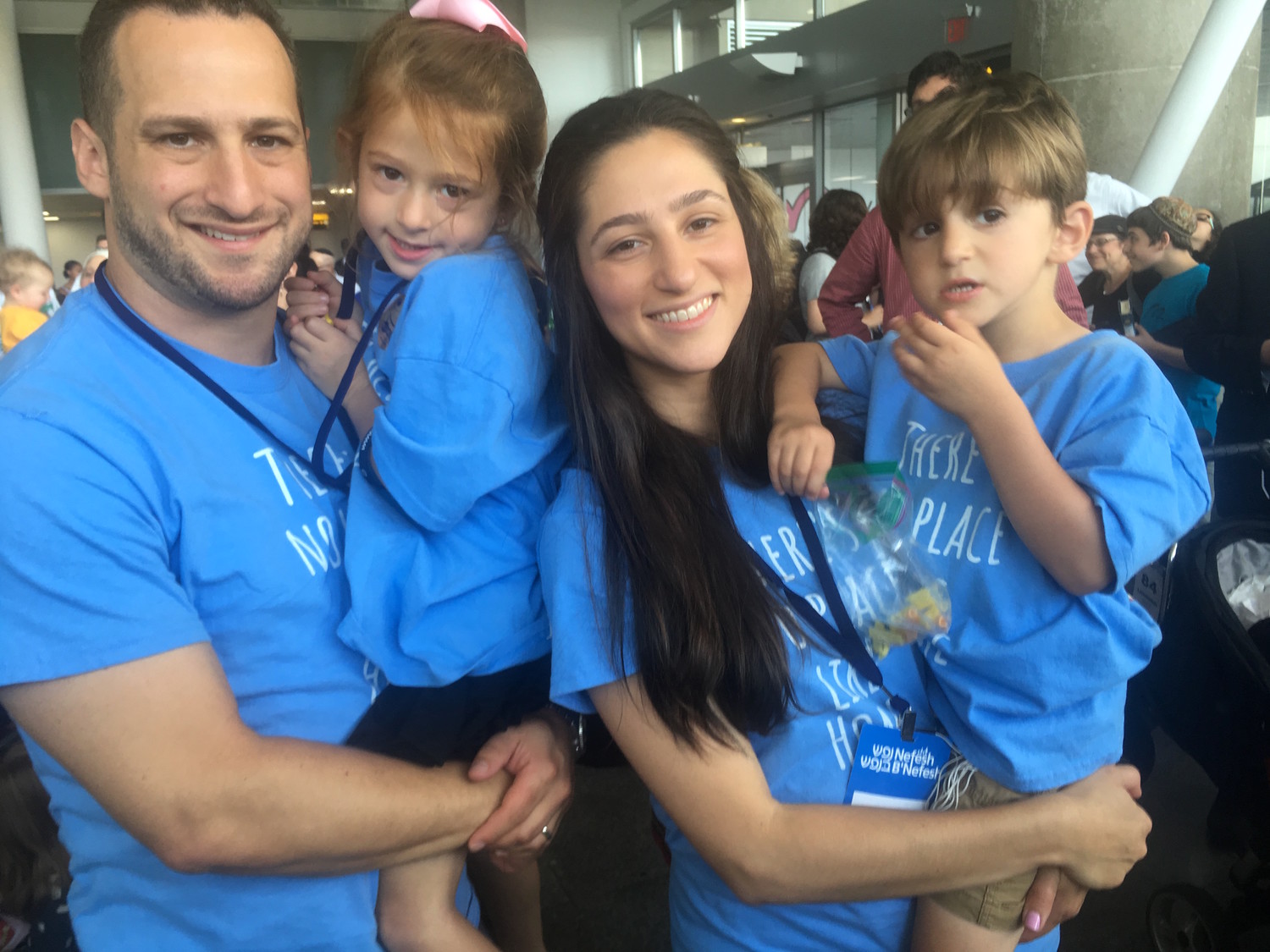 From Kew Gardens Hills, Hanna and Shamshy Schlager and their children — Azarya, 3, and Adella, 5 — ready to board Tuesday’s aliyah flight.
Ed Weintrob/Jewish Star 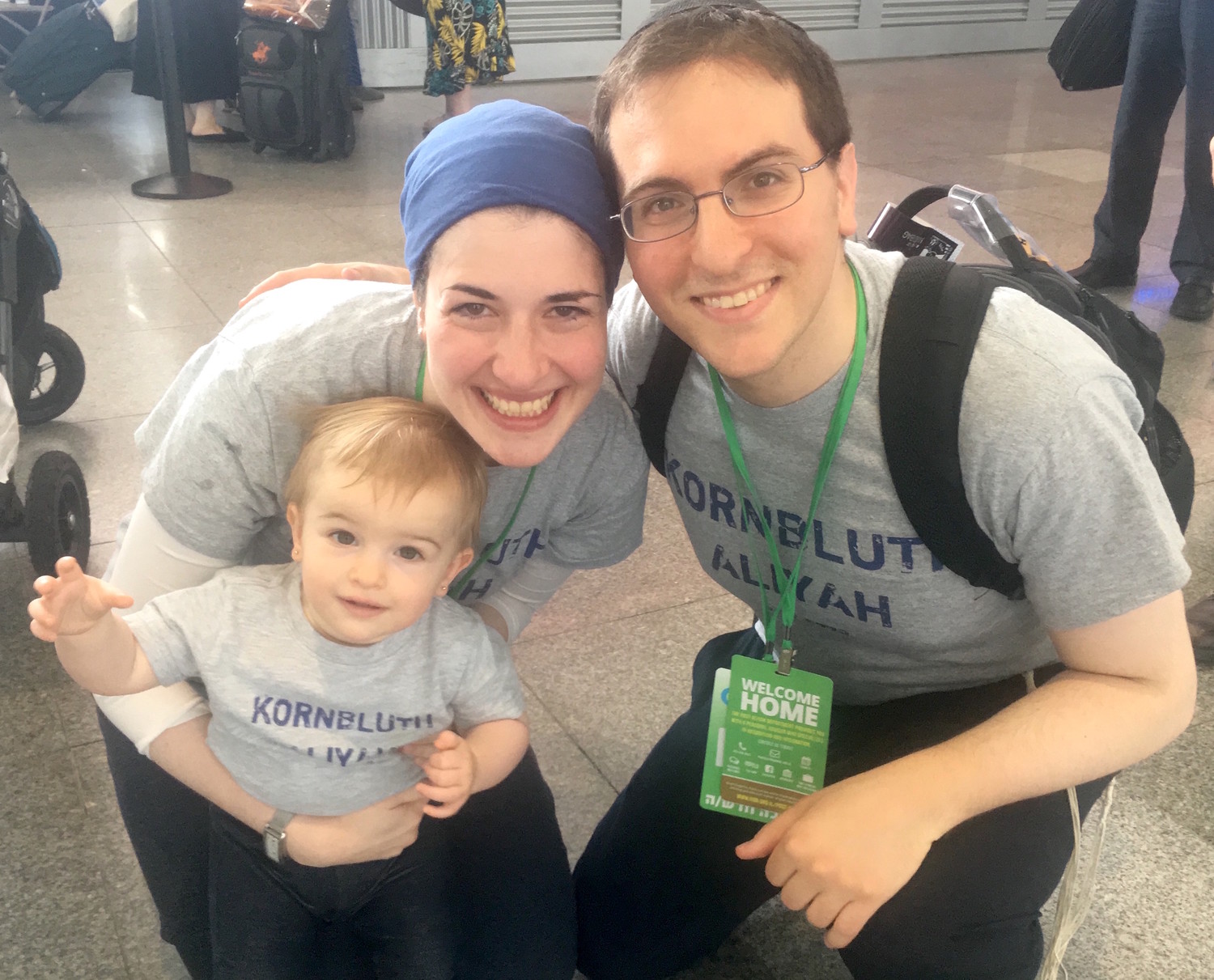 From Cedarhurst, Rebecca and David Kornbluth and 16 month old Amalia. David’s brother already made aliyah and his mother and sister hope to follow next yeaar.
Ed Weintrob/Jewish Star 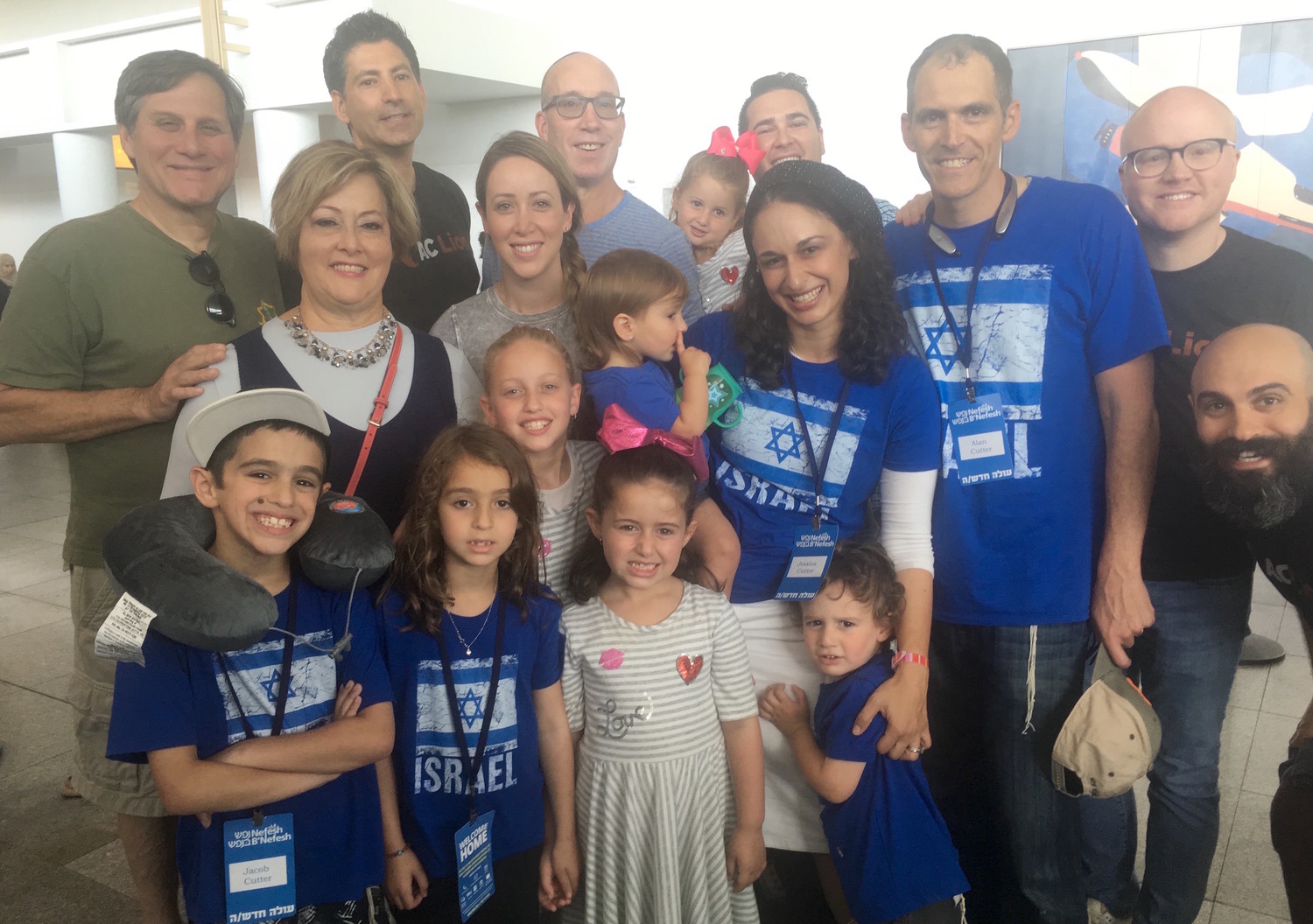 From Long Beach, Jessica and Azi Cutter — and their children Revital, 2; Elan, 4; Avra, 7; and Cobi, 9 — are surrounded by family and business associates at JFK on Tuesday.
Ed Weintrob/Jewish Star 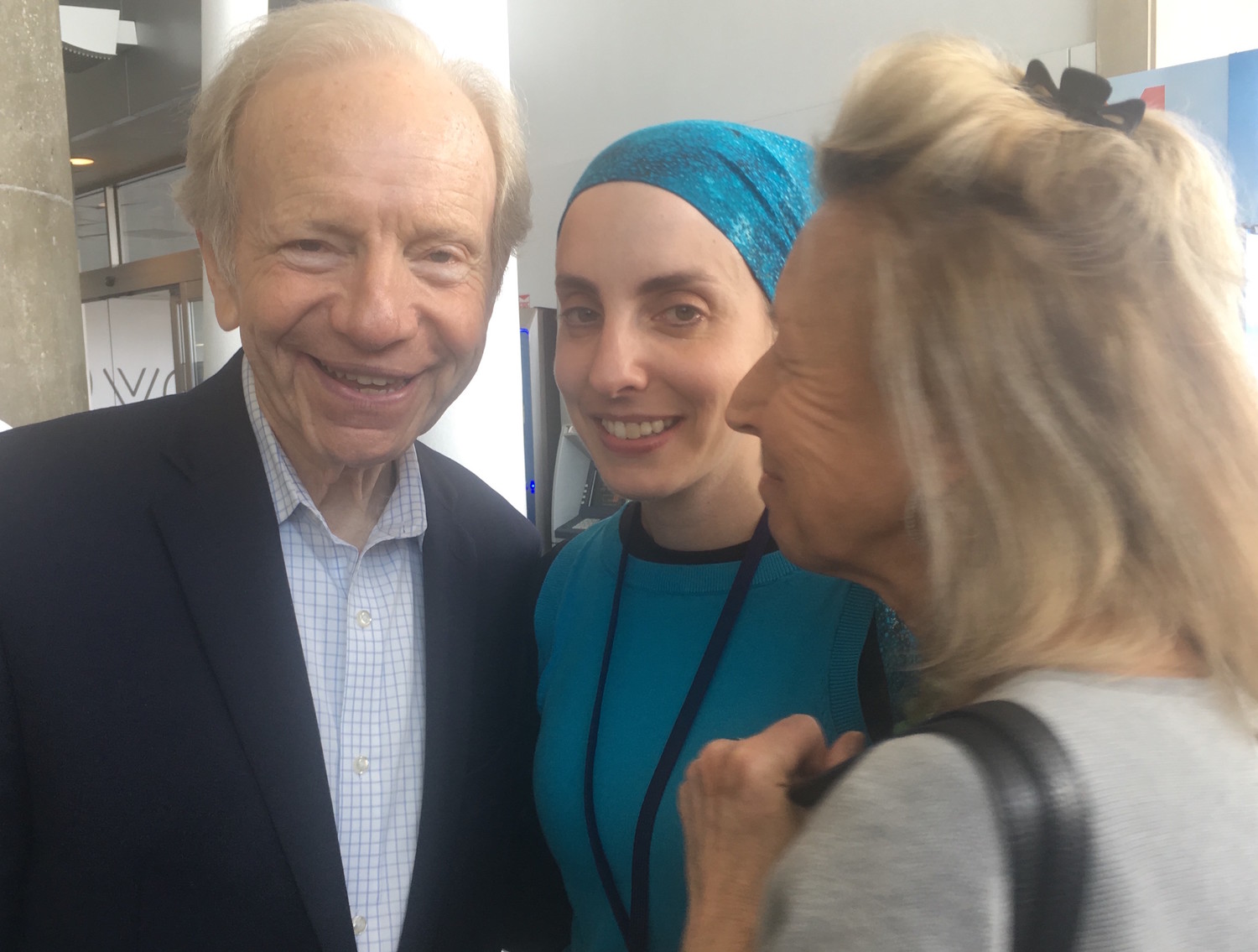 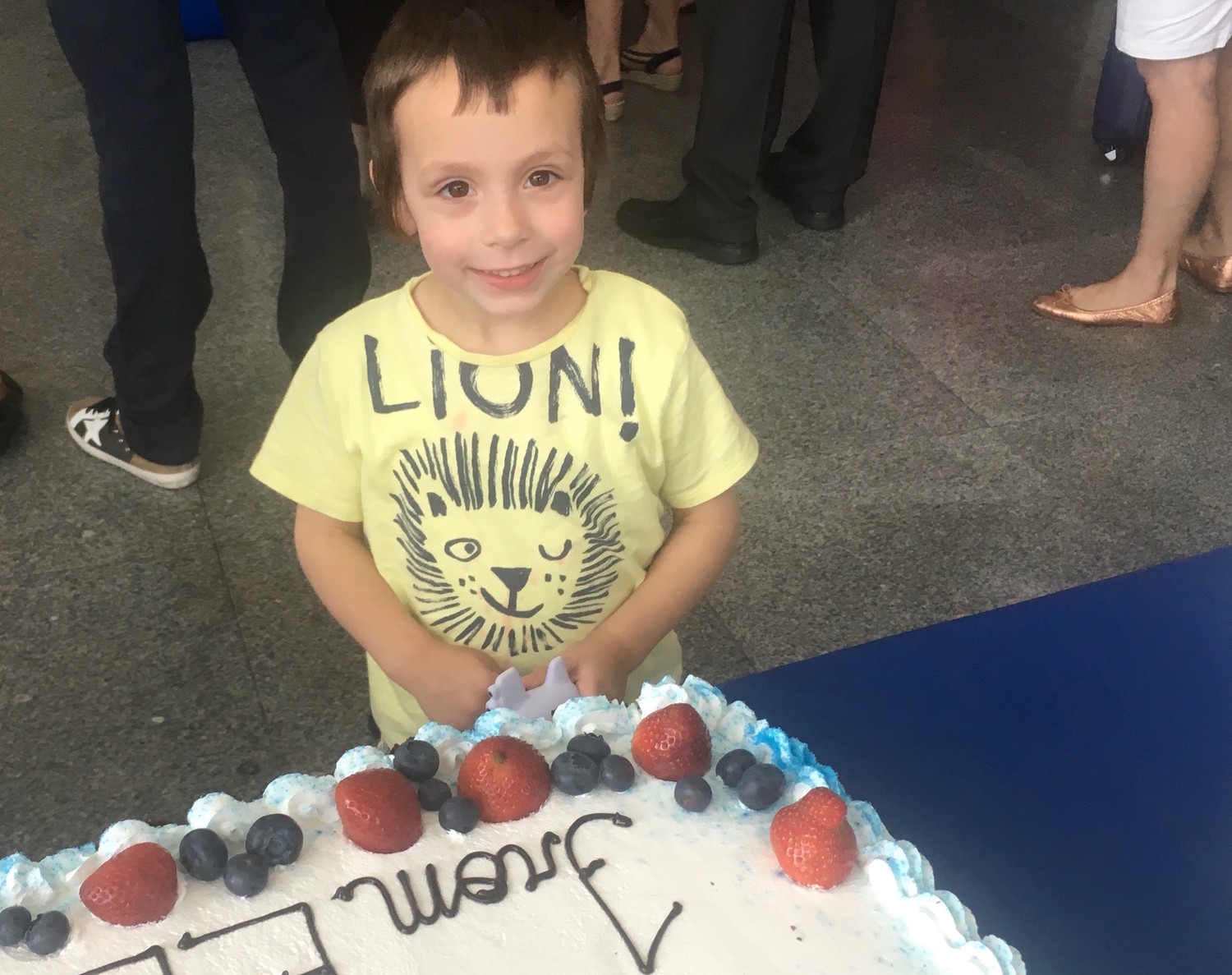 Not only didn’t the recent troubles along Israel’s borders stop any of the 232 North Americans who planned to make aliyah on Tuesday’s Nefesh B’Nefesh charter flight, but conflict in Israel has never stopped the migration home, NBN Co-Founder and Executive Director Rabbi Yehoshua Fass told The Jewish Star as the El Al flight was boarding at JFK.

“Every time there is an issue, we always see a spike,” Rabbi Fass said. “Even in times of war, we never had one cancellation because of security issues.” He pointed out that 88 of Tuesday’s olim would be locating in Israel’s north and south. “That this is happening now, with the unrest, it’s incredible,” he said.

Jewish National Fund CEO Russell Robinson, whose organization is helping to propel settlement in the Negev, told The Jewish Star that even amidst “the red alerts, we have people building new houses” in the south.

During a celebration at JFK before takeoff, Danny Dayan, counsul general of Israel in New York, recounted his experience “as an oleh chadash, many years ago” and told those heading to Israel now, “you are going to experience the most exciting days of your life.”

Even though Jessica and Azi Cutter love their lives in Long Beach — “once you have Long Beach sand you never get rid of it,” Jessica said, with Azi adding that he’s a surfer who delighted in living on the beach — the Cutters are making the move now so “our children can be Israelis. We’re doing this to be a player in history.”

“The accepting nature of the Long Beach community is very rare to find,” said Jessica, whose family’s been active in the Bach Jewish Center. But “we believe that Israel is the place for the Jewish people to be,” Azi said.

Azi said he started his tech recruitment business, AC Lion, 20 years ago with the idea that he would eventually move to Israel. Now he plans to expand his business in Jerusalem and stay in touch with the New York office using What’sApp, Zoom and other tech, along with periodic visits.

Hanna and Shamshy Schlager of Kew Guardens Hills, where they’ve been affiliated with the Nachlas Yitzchak shul, are moving with their 3 and 5 year old children to Modiin. Shamshy’s a clinicial psychologist who hopes to open a practice in Jerusalem; Hanna works for UJA Federation NY and plans to continue with the organization from the Jewish Agency building in Jerusalem.

From Cedarhurst, where they daven at the “Spiegel shtiebel,” Rebecca and David Kornbluth were making aliyah with their 16 month old daughter. David’s an engineer who’ll begin life in Israel studying at the YU Gruss Kollel.

David’s brother already made aliyah and his sister and mother plan to do the same next year, “the last installment of the family.”