War and peace and the parable of the tribes 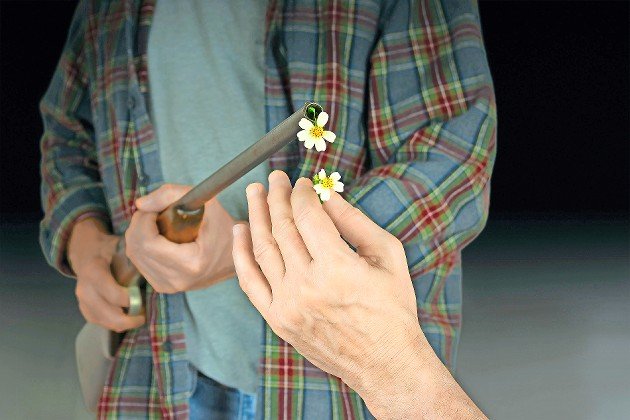 The story of Dina is an extraordinary passage. It seems to lack any kind of moral message. No one comes out of it well.”

Violence defiles us all. It did then. It does now.”
By Rabbi Sir Jonathan Sacks zt"l

From beginning to end, Genesis chapter 34, in this week’s parshat Vayishlach, tells a terrifying story. Dina, Jacob’s daughter — the only Jewish daughter mentioned in the entire patriarchal narrative — leaves the safety of home to go out to “look at the daughters of the land.” (Gen. 31:1) She is raped and abducted by a local prince, son of the king of the town known as Shechem.

Jacob learns of this but does nothing until his sons return. Dina’s brothers Shimon and Levi immediately realize that they must act to rescue her.

It is an almost impossible assignment. The hostage-taker is no ordinary individual. As the son of the king, he cannot be confronted directly, and the king is unlikely to order his son to release her. The other townspeople, if challenged, will come to the prince’s defense. It is Shimon and Levi against the town, two against many. Even were all of Jacob’s sons to be enlisted, they would still be outnumbered.

Shimon and Levi therefore decide on a ruse. They agree to let Dina marry the prince, but they make one condition. All the male members of the town must all be circumcised. The men of Shechem, seeing long-term advantages to an alliance with this neighboring tribe, agree. The men of the town are weakened by the operation, and their pain is most acute on the third day. That day, Shimon and Levi enter the town and kill the entire male population. They rescue Dina and bring her home. The other brothers then plunder the town.

Jacob is horrified by their actions.

“You have made me odious to the people of the land,” he says. (Gen. 34:30) What then were we supposed to do, ask the two brothers? “Should we have left our sister to be treated like a prostitute?” With that rhetorical question, the episode ends and the narrative moves elsewhere. But Jacob’s horror at the action of his sons does not end there. He returns to it on his deathbed, and in effect curses them:

Simeon and Levi are brothers, their swords are weapons of violence. Let me not enter their council, let me not join their assembly, for they have killed men in their anger and hamstrung oxen as they pleased.

Cursed be their anger, so fierce, and their fury, so cruel! I will scatter them in Jacob and disperse them in Israel. (Gen. 49:5-7)

The story of Dina is an extraordinary passage. It seems to lack any kind of moral message. No one comes out of it well.

Shechem, the prince, would seem to be the chief villain. It was he who abducted and raped Dina in the first place. Hamor, his father, fails to reprimand him or order Dina’s release. Shimon and Levi are guilty of a horrendous act of violence. The other brothers engage in looting the town. Jacob seems passive throughout. He neither acts nor instructs his sons on how to act.

Even Dina herself seems at best to have been guilty of carelessness in going out into what was clearly a dangerous neighborhood — recall that both Abraham and Isaac, her grandfather and great grandfather, had feared for their own lives because of the lawlessness of the times.

Who was in the right and who in the wrong are left conspicuously undecided in the text. Jacob condemns his sons, but his sons reject the criticism.

This debate continued and was taken up by two of the greatest Rabbis in the Middle Ages.

Maimonides takes the side of Shimon and Levi. They were justified in what they did, he says. The other members of the town saw what Shechem had done, knew that he was guilty of a crime, and yet they neither brought him to court nor rescued the girl. They were therefore accomplices in his guilt. What Shechem had done was a capital crime, and by sheltering him the townspeople were implicated. This is, incidentally, a fascinating ruling since it suggests that for Maimonides the rule that “all Israel are responsible for one another” (Shavuot 39a) is not restricted to Israel. It applies to all societies. As Isaac Arama was to write in the fifteenth century, any crime known about and allowed to continue ceases to be an offence of individuals only and becomes a sin of the community as a whole.

Nahmanides disagrees (in his commentary to Gen. 34:13). The principle of collective responsibility does not, in his view, apply to non-Jewish societies. The Noahide covenant requires every society to set up courts of law, but it does not imply that a failure to prosecute a wrongdoer involves all members of the society in a capital crime.

The debate continues today among Bible scholars. Two in particular subject the story to close literary analysis: Meir Sternberg in his “The Poetics of Biblical Narrative” and Rabbi Elchanan Samet in his studies on the parsha. They too arrive at conflicting conclusions. Sternberg argues that the text is critical of Jacob for both his inaction and his criticism of his sons for acting. Samet sees the chief culprits as Shechem and Hamor.

Both point out, however, the remarkable fact that the text deliberately deepens the moral ambiguity by refusing to portray even the apparent villains in an unduly negative light.

Consider the chief wrongdoer, the young prince Shechem. The text tells us that “his heart was drawn to Dina, daughter of Jacob; he loved the young woman and spoke tenderly to her. And Shechem said to his father Hamor, ‘Get me this girl as my wife’.” (Gen. 34:3-4)

Compare this with the description of Amnon, son of King David, who rapes his half-sister Tamar. That story too is a tale of bloody revenge. But the text says about Amnon that after raping Tamar, he “hated her with intense hatred. In fact, he hated her more than he had loved her. Amnon said to her, ‘Get up and get out’.” (2 Samuel 13:15).

Shechem is not like that at all. He falls in love with Dina and wants to marry her. The king and the people of the town readily accede to the Shimon and Levi’s request that they become circumcised.

Not only does the text not demonize the people of Shechem, it also does not paint any of Jacob’s family in a positive light. It uses the same word — “deceit” (34:13) — of Shimon and Levi that it has used previously about Jacob taking Esau’s blessing, and Laban substituting Leah for Rachel. Its description of all the character — from the gadabout Dina to her excessively violent rescuers, to the plundering other brothers and the passive Jacob — the text seems written deliberately to alienate our sympathies.

The overall effect is a story with no irredeemable villains and no stainless heroes. Why then is it told at all?

Stories do not appear in the Torah merely because they happened. The Torah is not a history book. It is silent on some of the most important periods of time. We know nothing, for example, about Abraham’s childhood, or about thirty-eight of the forty years spent by the Israelites in the wilderness. Torah means “teaching,” “instruction,” “guidance.” What teaching does the Torah want us to draw from this narrative out of which no one emerges well?

There is an important thought-experiment devised by Andrew Schmookler, known as “the parable of the tribes.”

Imagine a group of tribes living close to one another. All choose the way of peace except one that is willing to use violence to achieve its ends. What happens to the peace-seeking tribes? One is defeated and destroyed. A second is conquered and subjugated. A third flees to some remote and inaccessible place. If the fourth seeks to defend itself, it too will have to have recourse to violence. Schmookler writes:

The irony is that successful defense against a power-maximizing aggressor requires a society to become more like the society that threatens it. Power can be stopped only by power.

There are, in other words, four possible outcomes: [1] destruction, [2] subjugation, [3] withdrawal, and [4] imitation.

In every one of these outcomes the ways of power are spread throughout the system. This is the parable of the tribes.

Recall that all but one of the tribes seeks peace and has no desire to exercise power over its neighbors. Nonetheless, if you introduce a single violent tribe into the region, violence will eventually prevail, however the other tribes choose to respond. That is the tragedy of the human condition.

As I was writing this essay in the summer of 2014, Israel was engaged in a bitter struggle with Hamas in Gaza in which many people died. The State of Israel had no more desire to be engaged in this kind of warfare than did our ancestor Jacob. Throughout the campaign I found myself recalling the words earlier in our parsha about Jacob’s feelings prior to his meeting with Esau: “Jacob was very afraid and distressed” (Gen. 32:8), about which the Sages said, “Afraid, lest he be killed, distressed lest he be forced to kill.”

What the episode of Dina tells us is not that Jacob, or Shimon and Levi, were right, but rather that there can be situations in which there is no right course of action, where whatever you do is wrong, where every option will involve the abandonment of some moral principle.

That is Schmookler’s point, that “power is like a contaminant, a disease, which once introduced will gradually but inexorably become universal in the system of competing societies.” Shechem’s single act of violence against Dina forced two of Jacob’s sons into violent reprisal, and in the end everyone was either contaminated or dead.

It is indicative of the moral depth of the Torah that it does not hide this terrible truth from us by depicting one side as guilty, the other as innocent.

Violence defiles us all. It did then. It does now.

Did Jacob do right in taking the blessings?

Analyzing the binding of Isaac: 4 problems