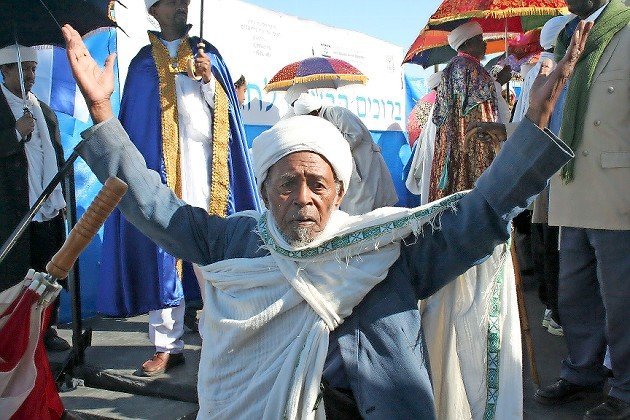 A Sigd celebration in Israel in 2008.
Israeli Association for Ethiopian Jews 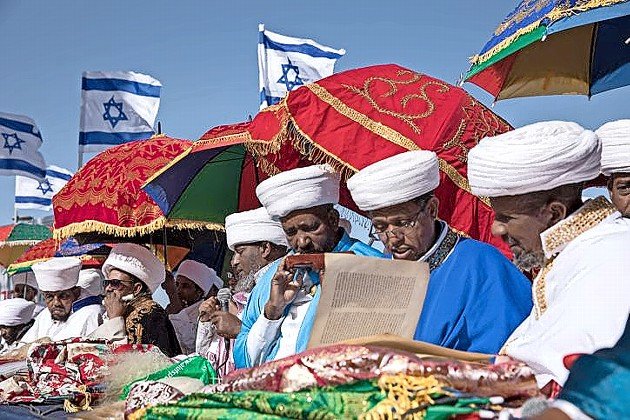 Thousands of Ethiopian Jews take part in a prayer of the Sigd holiday on the Armon Hanatziv Promenade overlooking Jerusalem in 2019.
Olivier Fitoussi/Flash90
Previous Next

While Cheshvan is commonly known as the only Hebrew month that has no holidays or fast days, Jews from Ethiopia have been observing a festival on 29 Cheshvan, 50 days after Yom Kippur, for centuries.

Known as Sigd — “prostration” in Ge’ez, the Ethiopian liturgical language — it’s a day of rededication to G-d and the Torah, a celebration of the connection of the community to Jerusalem, and a commitment to Jewish unity.

In other words, it’s the ultimate Zionist festival.

In 2008, the Knesset recognized Sigd as a national holiday, raising awareness of both the festival and of Jews of Ethiopian origin. For the 120,000 who emigrated from Ethiopia to Israel since the early 1980s, it’s a combination fast day, day of thanksgiving and clan gathering.

“I remember my grandfather used to open the Bible and sit with us and tell us how the prophets promised to us that one day we will be in Jerusalem — that G-d gathers all the Jews from around the world and will bring them to Jerusalem,” Shalom said. “We were told that this city is made entirely of gold, and when you open a faucet, instead of water, milk and honey come running out. This is a promise to a nation that spent 2,000 years in exile. Finally, we’re here today.”

“Today, so many discussions are black and white,” she added. “We want to put people in a box — are you Sephardi or Ashkenazi, religious or secular, Orthodox or Reform? Ethiopian Jews bring something very unique to the Jewish world. The Sigd prayer focuses on communal repentance and redemption, it’s about solidarity. Joy flows from that solidarity. Ethiopian Jews act as a bridge towards other Jews.”

The discussion with Shalom was moderated by the Jewish Agency’s regional director to the Northeast, Sigal Kanotopsky, a well-known Ethiopian Israeli leader who immigrated to Israel with her family 39 years ago through Sudan. Ethiopian Israeli singer and songwriter Aviva Desa performed three songs during the event and Ethiopian shlichim from around the world shared their personal Sigd stories.

“Sigd is much more than an Ethiopian holiday,” said Kanotopsky. “It belongs on the Hebrew calendar, just like any other Jewish holiday. In particular, this holiday marks an important occasion to spread a message of Jewish unity. Jewish communities around the world grow closer by learning about each other’s unique customs and cultures.”

Herzog stated that Sigd “is an opportunity to honor an extraordinary community and the extraordinary courage of the Jews who set out by foot from Ethiopia for thousands of miles on a dangerous journey all the way to Jerusalem — to remember the untold story of those who perished along the way, and to recognize the important contributions of the Ethiopian Jewish community to the State of Israel and to the Jewish people at-large.” JNS