There is no opposing side to Holocaust education 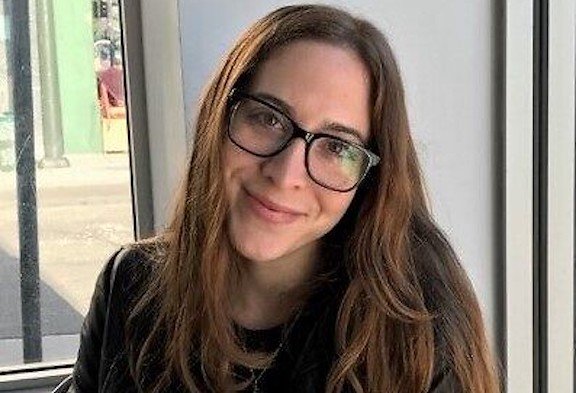 Elected officials at all levels should condemn any and all efforts to politicize the Holocaust or question its validity.”
By Alyssa Weiner

A state-by-state survey of young Americans last year showed that more than half in Texas could not name a concentration camp or ghetto where Jews were imprisoned and tortured during the Holocaust, despite there being more than 40,000 sites in Europe.

More than 60 percent did not know that 6 million Jews were brutally murdered, and almost a third of those students believed that the number was less than half that, discovered the Claims Conference survey of 18- to 39-year-olds. Some believed that Jews caused the Holocaust and nearly half (47 percent) had no idea what Auschwitz was.

This lack of historical knowledge makes a Southlake school administrator’s advice to offer students an opposing perspective on the Holocaust even more disturbing. The Carroll school district’s executive director of curriculum and instruction referenced Texas House Bill 3979, relating to civics instruction in public schools. According to the state law, teachers should, when discussing, “current events or widely debated and currently controversial issues of public policy or social affairs … strive to explore such issues from diverse and contending perspectives.”

By this logic, the Southlake administrator seems to think that the Holocaust—the systematic murder of two-thirds of Europe’s Jews at the hands of the Nazi regime, a genocide for which the worldwide Jewish community’s numbers are still recovering—is a “widely debated or currently controversial issue.”

The Holocaust is an irrefutable, well-documented historical fact. This has been demonstrated by decades of state-level action across the country by policymakers.

Texas is one of the 38 states. In 2009, state legislators created the Texas Holocaust and Genocide Commission, providing resources on the Holocaust and other genocides for students, educators and the general public. Texas legislators have gone even further, passing Senate Bill 1828 in the fall of 2019 to create an official Holocaust Remembrance Week during International Holocaust Remembrance Day, celebrated annually on Jan. 27.

Earlier this year, through legislation signed by Gov. Greg Abbott in September, the Holocaust Commission became the Texas Holocaust, Genocide and Antisemitism Advisory Commission, widening the scope of the commission, requiring biennial studies on anti-Semitism, and committing to implementing Holocaust- and genocide-education programs.

Ongoing efforts to deny the scope or historical fact of the Holocaust, known as Holocaust denial or distortion, remain decisive obstacles to expanding Holocaust education. Such denial or questioning the extent of Jewish suffering is anti-Semitic because it spreads the false idea that Jews invented or exaggerated the Holocaust.

Holocaust distortion has especially become a tool for some opponents to state-mandated efforts to curb the spread of the coronavirus through mask and/or vaccine requirements. They have protested with the yellow Star of David, historically used to identify and marginalize Jews; and have used Nazi imagery and rhetoric, such as comparing Michigan Gov. Gretchen Whitmer to Adolf Hitler.

Then again, the 2020 study by the Claims Conference on Millennial and Gen Z knowledge of the Holocaust, or lack thereof, showed that 13 percent of young Texans believed that Jews brought the atrocity on themselves and caused the Holocaust. That, too, is anti-Semitic.

Carroll Independent School District superintendent Lane Ledbetter apologized on Facebook a day after the news broke, saying “we recognize there are not two sides of the Holocaust.” But has the administrator in question, who is responsible for providing curriculum guidance for scores if not hundreds of teachers, done so as well?

Elected officials at all levels — federal, state, local and even the school board — should condemn any and all efforts to politicize the Holocaust or question its validity. Any less would be a disservice to the memory of the 6 million Jews, and millions of others, who perished during the years of the Holocaust.