‘There is no occupation’ push 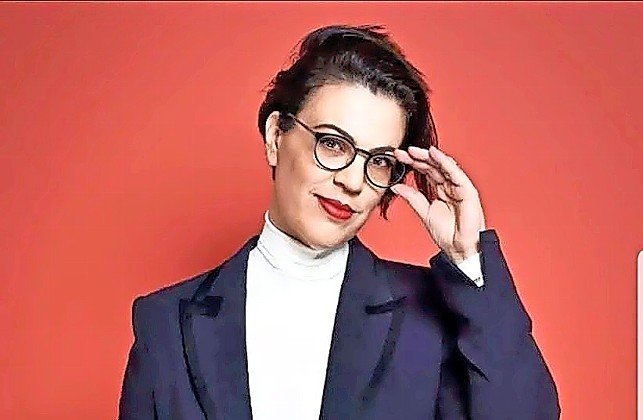 A new ministry will aggressively push back on the international condemnation of so-called Israeli “occupation.”

“We have not occupied any territory, there is no occupation,” Israel Public Diplomacy Minister Galit Distal Atbaryan told Israel Radio on Monday, one day after the government voted to open her ministry at the potential initial cost of NIS 8 million.

The new ministry — together with anti-BDS efforts by the Foreign Ministry and the Diaspora Affairs Ministry — will enter an arena in which Israel has traditionally been an ineffective combatant.

“It’s not every day that a person becomes a minister and opens a ministry from scratch. It’s both emotional and slightly scary,” Distal Atbaryan said.

She said that she favors directly attacking the “occupation” narrative over past efforts to brand Israel as the “startup nation.”

“Listen, we are amazing and wonderful,” she said. “We have USB sticks and cherry tomatoes and water technology and look at how we did at the Eurovision and what wonderful gay pride parades we have.”

But while Israel’s position as a world innovator might have been widely acknowledged, it came with comments such as, “but you have stolen and captured a house, so leave the home and do all those wonderful things somewhere else.”

But “we have not captured or stolen a home,” Distal Atbaryan said.

The Jerusalem Post reported that the minister believes the time has come to delve into the heart of the matter.

First, Israel has to explain that Jews have historical ties to Judea and Samaria that go back thousands of years.

“People do not know about this,” she said, adding that the Bible is the deed of the Jews to the land.

The resolution of governance in Judea and Samaria — which are presently outside Israel’s sovereign borders — is a separate question from that of “the occupation,” she continued, not addressing potential plans by Israel to annex portions of the West Bank.

These issues need to be explained to the Arab world in a new public relations campaign, Distal Atbaryan said. Once “the Arab world is with us,” the conflict with the Palestinians can be resolved through dialogue with them and the Arab world, she said.

“I don’t believe that most of the Arab world hates Jews and Zionists. There are many people in the Arab [states] who have fallen sway to mistaken information and incitement,” Distal Atbaryan said.

Israel has extended its hand in peace to the Arabs and the Palestinians from the pre-state days when the Jews accepted the UN partition plan in 1947 all the way through the Oslo Accords in the 1990s, Distal Atbaryan said.

She explained that her office will also deal with public relations campaigns on normalizations with Saudi Arabia and Prime Minister Netanyahu’s push to stop Iran from becoming a nuclear state.

Her office, she said, will provide materials, information and research for other offices that also deal with public diplomatic campaigns. It will create a common infrastructure that will make it easier for everyone to advocate on behalf of Israel, the Jerusalem Post reported.