The Iran nuclear deal is dead. Or is it really? 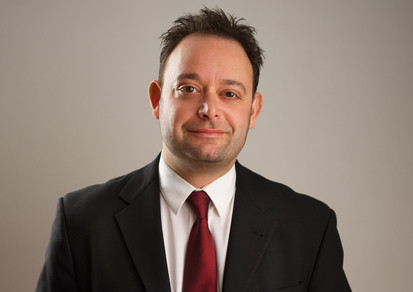 Like the parrot in that wonderful Monty Python sketch, American and European diplomats have been trying to persuade themselves that the 2015 nuclear deal with Iran isn’t dead. It’s just resting.

In the period since the 2018 US withdrawal from the Joint Comprehensive Plan of Action (JCPOA) — the technical name for the deal between Iran, the US and five other world powers — it has become painfully clear that the main foreign policy achievement of former President Barack Obama’s administration is demised, passed on, ceased to be, expired, run down the curtain, no more.

The diplomats know this, but they have been unwilling to make the announcement, preferring instead to claim at frequent intervals that a revived deal at negotiations that have dragged on for more than a year in Vienna is “imminent.”

Will that position change, now that amateur video of US President Joe Biden declaring that the deal is “dead” has surfaced? The answer, maddeningly, seems to be both yes and no.

Biden’s comments on the deal were not intended for public consumption and he uttered them a while ago — on Nov. 4 to be precise, at a campaign stop in Oceanside, California, as voters headed to the midterm elections. In the video, a woman with a Persian accent can be heard asking the president off-camera whether he will declare the JCPOA dead.

Pressed as to why, Biden replied that it was a “long story” and that there were “a lot of reasons.” But he then went on to explicitly acknowledge that the JCPOA is, in fact, “dead, but we’re not gonna announce it.”

While the video showed only a small portion of their encounter, it didn’t sound like Biden’s interlocutor was particularly impressed. “We just don’t want any deals with the mullahs,” she emphasized. “They don’t represent us, they’re not our government.”

“Oh, I know they don’t represent you,” Biden replied. “But they have a nuclear weapon that they’ll represent.” He then headed off, only to appear later at a rally with a message of solidarity for the historic anti-regime protests that have raged across Iran since September. “Don’t worry, we’re gonna free Iran,” he told a group of activists displaying “Free Iran” signs. “They’re gonna free themselves pretty soon.”

So, is the Iran deal dead? Going by these comments of Biden’s, one can only conclude that his answer is both a yes and a no. He used the hardly ambiguous word “dead” to describe its status. But his remarks also begged the question of whether something like the Iran deal can truly be considered dead if this fact cannot, or will not, be recognized in a public forum.

Other voices in Washington have been similarly downcast on the prospects for a revival of the JCPOA without going as far as calling it “dead.” Back in April, Secretary of State Antony Blinken confessed that he was not “overly optimistic at the prospects of actually getting an agreement to conclusion,” while in October, the US envoy to Iran, Rob Malley, said that the US administration was not going to “waste time” pursuing a deal while the Tehran regime engaged in its brutal crackdown against protestors.

After the video of Biden surfaced, it was unclear whether senior US officials were bolstering his comments or undermining them, as they insisted that no deal was possible in the present climate but did not directly rule out such an arrangement in the future.

As a result, according to John Kirby of the National Security Council, the administration’s focus has shifted from the deal to “practical ways to confront Iran” over both its repression of the protests and its growing military alliance with President Vladimir Putin’s regime in Russia, while for State Department spokesperson Ned Price, “the JCPOA is not on the agenda” and “hasn’t been for some time.” Very, very negative, to be sure, but it still leaves the door to a future agreement ajar.

What can explain this reticence? In part, it’s the old negotiating tactic of not showing your hand if you don’t absolutely need to; let the Iranians be the ones to take the blame for the failure of talks seems to be the idea here.

Yet the Europeans are also a factor, in that the EU remains wedded to the goal of a revived JCPOA, despite announcing a new round of sanctions on the Iranian regime after the protests erupted. As long as the EU believes there is even the faintest hope of a breakthrough with the mullahs, the US is unlikely to place an official stamp upon its commander-in-chief’s off the cuff comments.

This kind of ducking and weaving by the west sends the signal to Tehran that it still has a role to play, by arriving at an outcome that western nations badly want. To deliver on a deal, the regime has to remain in power.

Yet if our goal now — as Biden stated at the rally in California — is to “free Iran” and to offer every assistance we can to the ordinary Iranians driven by this goal, then we need to do the exact opposite. The robust sanctions that have been imposed on numerous Iranian individuals, military organizations and government agencies need to be amplified by a freeze on diplomatic contacts with the Iranians.

Foremost, this would mean formally ending the negotiations in Vienna to resurrect the JCPOA. Biden’s judgement that the deal is dead would thus become official policy. And as well as ending the nuclear talks, Western nations should suspend diplomatic contacts by pulling their ambassadors out of Tehran while leaving lower-level staff in place to monitor the repression of the protests.

While it is perhaps too big of an ask that regime change should also become Western policy, there should be less of an objection to helping the Iranians achieve their liberation themselves.

The JCPOA is dead. Let the Iranian regime follow in its path.