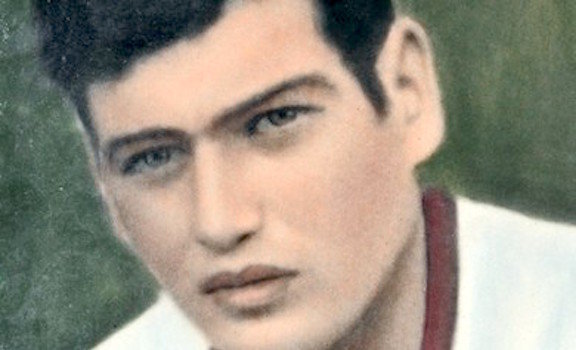 Like most victims of Palestinian Arab terrorism, Avraham Bromberg would have been completely forgotten — if not for the persistence of the murderers’ many admirers and financial sponsors.

Bromberg was just 20 years old when he was murdered, the same age my daughter Alisa was when she was murdered by Palestinian Arab terrorists in 1995. Avraham was hitchhiking. In those days, all young Israelis hitchhiked. Nobody thought of it as a potentially lethal activity.

A car with Israeli license plates stopped to give him a ride. The driver and his front-seat passenger were Israeli Arabs. Avraham might have noticed that they were Arabs. But so what? Most Israeli Arabs aren’t terrorists. But these two were.

Karim Younes and his cousin Maher Younes kidnapped Avraham Bromberg, shot him in the head and threw him into a roadside ditch. Several days later, he died from his wounds. The Younes cousins were caught, convicted and sentenced to life in prison.

That would have been the end of the story, as far as the Jewish public is concerned. Some older Israelis might still remember his name. But the number of American Jews who remember Avraham Bromberg can be counted on one hand. And the number of American Jewish or Zionist organizations that have mentioned Bromberg’s name in one of their fire-and-brimstone press releases is zero.

So, Avraham Bromberg would be gone and utterly forgotten — if not, ironically, for the Palestinian Authority.

Yes, the PA regime that is bound by the Oslo Accords to reject terrorism, to disarm and extradite terrorists, to shut them down and imprison them, but instead honors, praises and finances them.

The Jews may have forgotten Avraham Bromberg, but the Palestinians have not forgotten his murderers.

And who led the ceremony? Not a clerk or secretary or fringe figure, but the Minister of Education himself, Sabri Saidam. As Karim Younes’s mother smiled approvingly, the minister called the gathering “a gesture of loyalty to prisoner Younes and his family.”

Saidam added that he was “conveying the greetings of the Palestinian leadership and the Fatah Central Committee members” to the Younes family. Fatah, by the way, is chaired by PA leader Mahmoud Abbas.

The ceremony was held at “the Martyr Yasser Arafat Auditorium.” Saidam presented the mother of the murderer with a plaque featuring a photo of Arafat. I suppose it was fitting that an event honoring a murderer should be so closely tied to the memory of one of the most notorious mass murderers of the 20th century.

Minister Saidam hailed the murderer Younes as one of “the symbols who have defended the national enterprise.” The ceremony was featured prominently in the official PA daily newspaper Al-Hayat Al-Jadida.

A few days earlier, a PA university awarded Karim Younes an honorary certificate, and a program broadcast on the PA’s official television station showed posters glorifying him and presented fawning interviews with the killers’ family members. And last year, Abbas appointed the imprisoned Karim Younes to serve on the Fatah Central Committee.

Not that the other killer, Maher Younes, has been neglected. Not at all! Last year, the PA named a plaza after him in the city of Tulkarem. At the naming ceremony, complete with a live band and a march by Palestinian Boy Scouts, the murderer’s mother cut the inaugural ribbon, and PA official Isam Abu Bakr declared: “We are proud of this great man, this fighter, this leader.”

How has all this despicable glorification of murderers kept Avraham Bromberg’s name from being forgotten? Simple. Every Israeli or foreign news media report about the PA honoring the Younes’ cousins has mentioned the name of their victim.

And so, in a bitter and ironic twist, American Jewish and Zionist leaders may have forgotten Avraham Bromberg, but the actions of his murderers and their cheerleaders have forced his name back into the news — and back into our too-short memories.