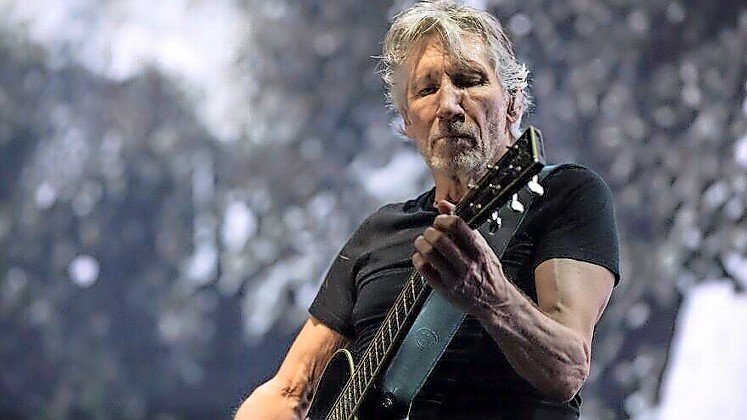 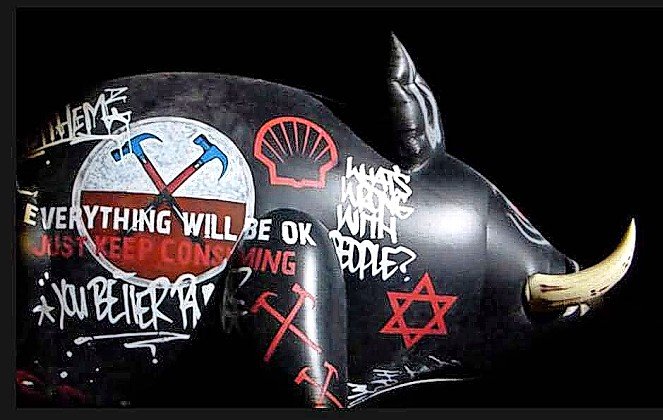 One of the graffitied pigs Roger Waters floats at his concerts, this one featuring a Star of David. Waters has said that the Star of David is a symbol of the state of Israel and has no relation to the Jewish people.
Previous Next
The Jewish Star

One of pop culture’s highest profile Jew-haters will perform a politically-charged concert Saturday evening in the new UBS Arena at Belmont Park.

His “This Is Not a Drill” tour — which moves to Madison Square Garden on Aug. 30 and 31 — begins with a blunt message on the big screens: “If you’re one of those ‘I love Pink Floyd, but I can’t stand Roger’s politics’ people, you might do well to [expletive] off to the bar.”

Waters brings his radical politics — incuding his unapologetic anti-Semitism — full-throated into his act. As part of his current show, he flashes pictures of President Joe Biden on a giant screen along with the words, “War criminal — just getting started.”

During a testy CNN interview last weekend, Waters sided with Russia against Ukraine, and China against Taiwan, and challenged America’s role as “liberators” in World War II.

Waters told Smerconish that Biden was a war criminal for “fueling the war in the Ukraine. That is a huge crime.”

The 78-year-old rocker has been a leading supporter of BDS and a champion of the movement to brand Israel an apartheid state born of white colonialism, comparing Israeli treatment of Palestinians to Nazi Germany’s treatment of Jews.

He’s called out artists who choose to perform in Israel, having a famous spat with Radiohead in 2017, after which Radiohead defiantly took to the stage in Tel Aviv.

When Waters was scheduled to play the county-owned Nassau Collesum and Brooklyn’s Barclays Center just before Rosh Hashana in 2017, local leaders criticized the booking, but could not cancel it.

At the time, Avi Posnick, northeast managing director of StandWithUs, said that “while Roger Waters sings about how ‘we don’t need no education,’ he is the one who needs an education about Israel. … Roger Waters is the one putting another brick in the wall and dividing society.”

A Waters concert tour between 2010 and 2013 reportedly grossed $458.7 million, making it the biggest tour to date by a solo artist.