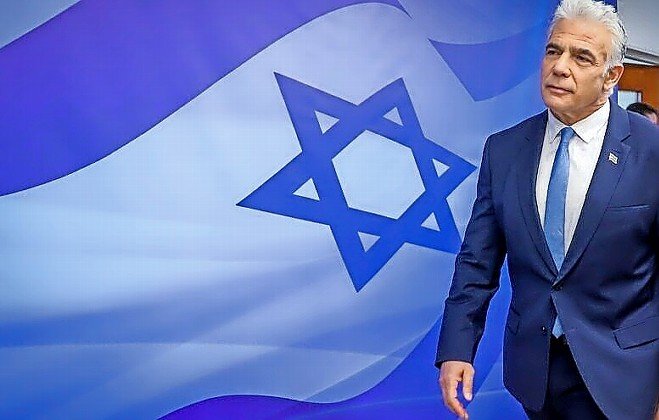 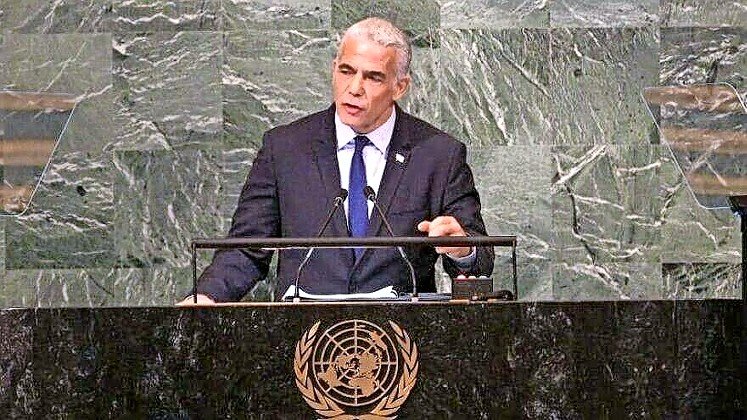 In a New Year interview with Israel Hayom, Israeli Prime Minister Yair Lapid promised that he would not shy away from acting against Iran to prevent it from having a nuclear program, even without US approval.

Lapid, who became prime minister in June as part of a rotating premiership agreement with Naftali Bennett that was invoked due to the dissolution of the Knesset and a decision to go early to the polls, said:

“From the first day, we have been telling the Americans that we will engage in the most heated debate you have ever seen behind closed doors and will make you see intelligence you will have never wanted to see. But we will not deliver speeches in Congress against you; we will not get into the US political fray — we have already seen how ineffective this is. But we are going to reserve the right to act without clearing this with you or giving you a heads up; we are not going to commit to informing anyone.”

Lapid also revealed that he really does not like shawarma.

Here is an extended excerpt from the interview.

Q. Perhaps you woke up too late, now that a nuclear deal is almost a done deal?

LAPID. We have been dealing with this over the past year. I flew to Riga to discuss this during the coronavirus pandemic to discuss this far away so that no one could see me talk with Secretary of State Antony Blinken.

Will this stop the bomb?

We will do whatever it takes to stop the bomb. The Americans are not going to deal with this [the nuclear deal] until the midterms, but we will continue working on this issue nonstop. Even in 2015, despite Israel’s incessant efforts to prevent the deal, it was concluded. The world views this issue through a different lens. Does Israel have the capacity and ability to stop Iran from becoming nuclear? The answer is yes.

Will Israel use this ability in the near term?

We will do everything to prevent Iran from becoming a nuclear state.

The US has been very critical of Israel when it came to the death of Shireen Abu-Akleh, it tried to meddle with the IDF rules of engagement, has not given a green light to sell the Iron Dome to Germany, and Joe Biden has not picked up your calls. Have relations hit a road bump?

This strange story on a phone call that he supposedly refused to accept, where did it come from? Biden was on vacation. His people asked us if this call was urgent, and we answered that we needed to talk in the upcoming 10 days because there is a piece of information that needs to be discussed. I said this was not urgent.

How could it not be urgent if the US was on the verge of concluding a nuclear deal?

Think about the other side of the coin. You request a call with the president and when they ask you if it is important you answer “Yes” and then he picks up the phone only to discover it is not urgent. How serious will they take you next time around? A person in this office must be able to think long term, and without emotion.

What is the most important thing that has happened to you in politics?

“It happened just last year before I became prime minister. I was standing at the Mauthausen concentration camp and the Austrian chancellor told me, “We are sorry before Mr. Lapid that we killed his grandfather.” My entire political journey was worth it just because of that moment.

And what is the most important thing that happened to you as prime minister?

I have an answer but I can’t share it with you.

I am sorry, I am not going to compromise state security. What I can say is that the falling of IDF officer Maj. Bar Falah is a painful tragedy that I will carry with me for the rest of my life.

Do you share the feeling that Israel has been paying a much-too-heavy price for being too humane on the battlefield?

No, absolutely not. I am the first to say that you have to rise up and kill those who threaten you. The fact that we are a nation of laws is not a weakness, it is a strength; this is where we get our strength. Judaism views morality as power. We are not militias or a rag-tag army and this is how it should remain.

One of the videos online against you shows you talking about a situation in which a soldier stands with his troops near a kindergarten in Gaza even as he faces enemy fire. If he doesn’t respond, his men will die; if does respond, children will die. The clip claims you don’t have an answer to this situation.

This is yet another example of the toxic attacks against us. This video was taken from a lecture on the Holocaust and the two conclusions one can draw from it: that we cannot rely on anyone but ourselves, and that we have to uphold morality. I said that in Israel, this could eventually mean we would find ourselves in such scenarios, such as in a situation. Is there an Israeli soldier who would order, “Bomb a kindergarten so that all the kids die.” No, I don’t think so.

So what should soldiers do if a terrorist shoots at them from a kindergarten?

You cannot ignore the probability that there are children there. A democratic and Jewish state doesn’t kill children.

You are ignoring the basic premise of us vs. them.

No, in both cases it’s us before them. A country that doesn’t target kids is a strong country. The goal of that lecture was to make it clear who the enemy is. To highlight that Hamas is the one using kids as human shields.

So you don’t have an answer?

No one can have a boilerplate answer for a complex situation

What would you expect the officer to do in such a situation?

To retreat with his troops, to call in for air cover, and to use a multi-faceted response. They can wait nearby, and do the things that extremists in the likes of Itamar Ben-Gvir won’t like.

The interview continued through a discussion of current political alignments in Israel as a new election nears, and then moves on to personal issues and to Lapid’s relationship with former Prime Minister Naftali Bennett.

People are very interested in your personal life. You were spotted near an ATM and then people said you were there just so you could show that, unlike Netanyahu, you are an ordinary person.

That was a very bizarre incident. I was on my way to the barbershop, so I went to the ATM to withdraw some cash. But it turned out that the machine for taking out money was moved nearby, so I then went to the right to get to the machine I needed. Someone took a photo of me [near the first machine], and people started crying foul that I had staged this. When we looked at the reactions, it just dawned on us that this is so out of whack that it does not merit a response. But it says something about where we are as a society.

The willingness to believe all the bad allegations on the other side at every given moment without a shred of evidence — is dangerous. Israel has become a victim of this attitude on the world stage, more than any nation. What is anti-Semitism? It is believing the very worst about people without any evidence. We are the biggest victims of this attitude and now we have imported this here and lob it on one another.

Maybe because we are living at a time when people no longer believe politicians who keep changing their views 180 degrees.

There are two moments in Israeli history that made Israelis suspicious: The Oslo Accords and the settlement enterprise. The Right woke up one day to discover that someone far away pulled a fast one on them. The Left woke up one day and saw that people had placed trailers overnight and formed a settlement.

That may be a philosophical argument, but the reality is much simpler: people saw how Naftali Bennett and Ayelet Shaked promise one thing and then go do the exact opposite. They saw blatant lies over the past year.

I understand, but I still think there is a big difference between historical processes and specific disappointments.

Forming the Bennett-Lapid “change government” was not a historical process?

Correct, it was a historic moment. I would be the first to say so. Every historic move involves painful choices, otherwise, this would not be a historic milestone. What Naftali did was an exemplary display of leadership when facing a difficult and complex situation.

Or maybe it was all planned, when Operation Guardian of the Walls began he said the “change government” was off the table to quell opposition. Was he lying?

Since I was 50% of this process, I can tell you this was no lie. He truly believed at the time that it was the truth. I told him, “You are wrong; you will see that things will continue,” and that is what happened.

Has he disappointed you? Not at all.

You were his deputy. You gave him backing, and he just jumped ship.

That is not what I feel.

It has been reported that your relations were tested after you refused to grant him special privileges as an ex-prime minister.

That is just nothing here.”

Did you talk about this? No.

How has he been handling the Iranian portfolio?

He is very much engaged on this matter.

Let’s talk about the important things — when was the last time you ate shawarma?

Wow, it has been a few years.

I need to remind you that I am the son of Tommy Lapid, who was at his thinnest 300 pounds. It’s a constant struggle between him and me. If you want to win you have to steer clear of shawarma.

How can you survive without it?

I have self-discipline. I still train for 50 minutes every day. It has also become the time of day I get briefings.

But everyone needs shawarma.

Why shawarma? Once a week I have a cheat meal. In recent weeks I have tried to start having a weekly dinner with my wife at a restaurant.

When was the last time you took a siesta?

On Saturday. I also do power naps of 10 minutes, something only a few people know how to do. I have a couch in the office. I just sit with my earphones and doze off for 10 minutes.

What music do you listen to?

It’s a wide spectrum ranging from Bruce Springsteen to Mozart.