Palestinians’ most potent enemy is archaeology 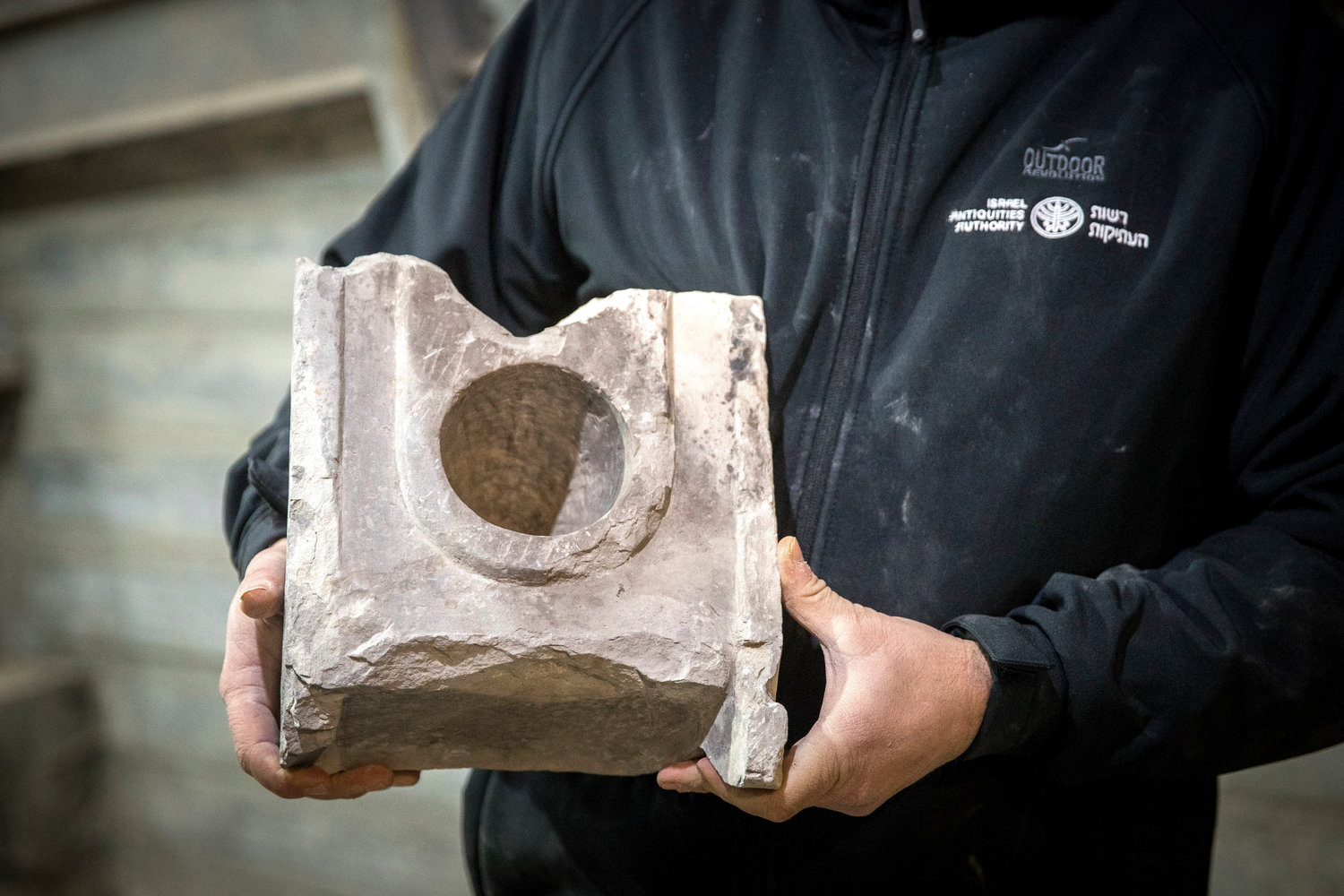 The mikvah was the latest in a series of discoveries, each contradicting the Arab propaganda narrative.”
By Stephen M. Flatow

Pundits will tell you that the most dangerous enemies of the Palestinian Arab cause are the Gulf kingdoms that have decided to recognize Israel, or the European countries that are moving their embassies to Jerusalem, or the American politicians who refuse to keep underwriting the Palestinian Authority’s debts.

I disagree. I say that the Palestinians’ most formidable foe is … archaeology.

A 2,000-years-old mikvah was recently uncovered in the Lower Galilee. Most people probably would never have heard about the discovery if not for the dramatic photos of the entire structure being carried by truck to a nearby kibbutz for preservation.

The remarkable sight of a truck-borne mikvah, however, also makes one pause and reflect on the remarkable implications of the archeological find.

It means that 2,000 years ago, the residents of the Lower Galilee were practicing the exact same religious rituals that Orthodox Jews throughout the world practice today. Those Galileans, in other words, were Jews. They weren’t “Palestinians.” The word “Palestine” had not yet been invented. They weren’t Arabs or Muslims — the invasion of the Land of Israel by Muslim fundamentalists from the Arabian Peninsula was still 600 years in the future.

The news of the ancient mikvah must have been quite a disappointment to Palestinian Authority head Mahmoud Abbas. On Sept. 25, he told the UN General Assembly: “The Palestinian people have been present in their homeland, Palestine, the land of their ancestors, for over 6,000 years.”

Those meddling archaeologists and their discoveries keep getting in the way of Palestinian propaganda!

To make matters worse for Abbas, the directors of the excavation were Walid Atrash and Abd Elghani Ibrahim. You can tell by their names that they are not exactly Orthodox Jews. The PA will have a hard time getting anybody to believe that Atrash and Ibrahim are agents of a Zionist conspiracy.

The mikvah discovery was just the latest in a series of archaeological finds in Israel during the past year, each of which contradicted the Palestinian Arab propaganda narrative.

In the Givati Parking Lot excavation in Jerusalem, archaeologists discovered Hebrew-language inscriptions dating back 2,600 years. One was a stone seal with the words “belonging to Ikkar son of Matanyahu.” The other was a clay seal impression that read “belonging to Nathan-Melech, servant of the king.” They weren’t in Arabic. And the names weren’t Yasser or Mahmoud.

Elsewhere in Jerusalem, archaeologists uncovered a 2,000-year-old paved road that was used by Jews who made the annual pilgrimage to the capital at the time of the festivals of Passover, Shavuot and Sukkot. It wasn’t used by Arabs, or Muslims or “Palestinians” — because there weren’t any of them around in those days.

Meanwhile, excavators from the University of North Carolina discovered two stunning mosaics at the site of a 1,600-year-old synagogue near Huqoq in northern Israel.

One depicts a scene from the exodus of the Jews from ancient Egypt. The other shows images based on verses in the Torah’s book of Daniel.

Note that the mosaics do not show scenes from the Koran. There is nothing Arabic of Islamic or “Palestinian” about them. They are Jewish, they are situated in Israel, and they are 1,600 years old.

Every new archaeological discovery about the ancient Jews constitutes another stick in the spokes of the wheels of the Palestinian Arab propaganda machine. Every physical fact in the soil of the country shatters the PA’s lies. Every stone or seal or shard of pottery reminds us who are the real indigenous people of the Land of Israel.

‘Big 10’ and the structuring of a good society