‘Palestinianism’: An ideology and an identity 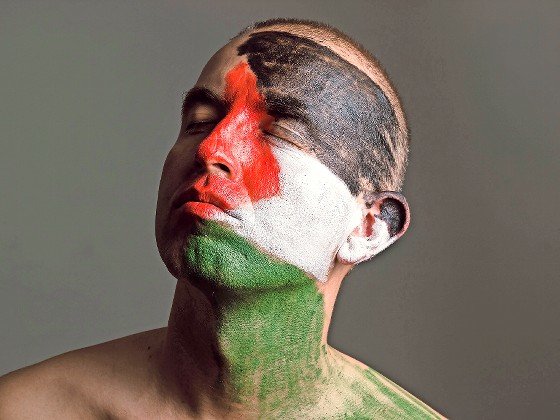 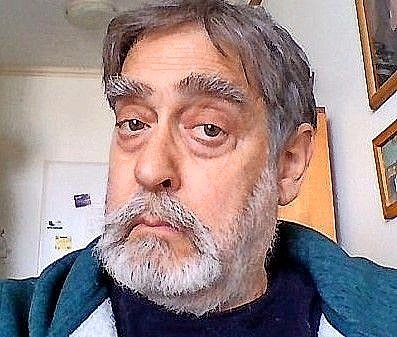 Invented by the KGB, perpetuated by Western leftists, Palestinianism makes the conflict in the Land of Israel a zero-sum game.”
By Victor Rosenthal

alestinianism is a closed system of memes that includes a historical narrative, a cause to which its believers aspire and an idiosyncratic language in which familiar words have special meanings. In this, it is similar to Marxism, which is not surprising, given its origins. Believers in this system include those who self-identify as Palestinians and many in the Western left who support the Palestinian cause.

Palestinianism originated in the 1960s and was created by the cognitive warriors of the Soviet KGB. At the time, the Soviets were supporting pan-Arab nationalists like Egyptian president Gamal Abdel Nasser in order to counter American and British influence in the Middle East.

With the decline of pan-Arabism, Palestinianism became a useful way to incite the Arab world against the West. It also provided an excuse for opposing Israel, which the USSR now considered an enemy. Ironically, the Soviet dictator Josef Stalin had initially hoped that Israel would join the socialist camp, but it had become clear by the mid-1950s that Israel was drawing closer to the West.

This was a time of worldwide decolonization, and the KGB pushed the idea that the conflict between Jews and Arabs for sovereignty over the Land of Israel was actually a movement of national liberation by an indigenous “Palestinian” people against European colonialists. The Soviets repeated this endlessly despite the fact that approximately half of all Israelis are descendants of the Middle Eastern and African diasporas.

The Soviets had always used race as a weapon in their psychological warfare against the US, correctly seeing the exacerbation of race-based resentments as a highly effective way of sowing division among Americans. During the 1970s, they introduced the racial element into the Arab-Israeli conflict, as exemplified by the passage of the United Nation’s “Zionism Is Racism” resolution in 1973.

he Soviet’s Palestinianism was based on a clear and consistent, if false, narrative. The pivotal event in the narrative is the loss of land the Palestinian Arabs suffered in 1948, which they call the Nakba (catastrophe). However, what happened to the Arabs of Palestine was common for a losing side in war.

After World War II, for example, at least 12 million ethnic Germans fled or were expelled from Eastern Europe. Jordan completely cleansed Judea, Samaria and eastern Jerusalem of Jews after the 1948 war. Some 800-900,000 Jews fled or were expelled from Arab countries starting in the late 1940s and into the 1960s. Had the Arabs won the war, the Jews of Israel would certainly have faced a similar fate.

But unlike the ethnic Germans or the Jews of the Middle East, the Palestinian Arabs did not accept resettlement or any amelioration of their condition. So, the reversal of the Nakba, the “return to their homes” of the more than five million descendants of the original 600,000 refugees, became a fundamental part of the Palestinian cause.

Along with granting aboriginal status to Arabs, the narrative denies it to Jews. It erases the long history of the Jewish people in the Land of Israel, sometimes falsely claiming that there was no Temple in Jerusalem, or that today’s Jews are descendants of the medieval Khazar people, with no connection to the Middle East.

o Palestinians, the Nakba is the most important event in their history, as important as the exodus from Egypt is to the Jews. Palestinians often compare it to the Holocaust. The Nakba is a wrong that cannot be righted in any other way than its reversal — the return of the refugees. And because the narrative says that the refugees were expelled violently, then violence is justified to reverse it.

Palestinianism only accepts the idea of a two-state solution as a temporary expedient towards its objective of reversing the Nakba. Palestinianism also completely rejects the idea of “two states for two peoples,” insisting that the return of the descendants of the 1948 refugees to Israel must accompany the re-partitioning of the land. Thus, the “two states” would be dominated by one people — Palestinian Arabs.

It’s important to understand the essential role of the Israeli-Palestinian conflict in the development of a specifically Palestinian identity. Before the advent of Israel, the clan was the source of Palestinian Arab identity. Now, it is the fight to destroy Israel. To be Palestinian is to oppose Israel and “resist” the occupation of “Palestinian land,” from the river to the sea.

alestinianism as an ideology is much like Marxism or Scientology. When Palestinianists are confronted with clear-cut facts, like the historical and archaeological evidence of a Jewish presence in the Land of Israel for thousands of years, they simply deny or ignore them.

Their special language is much the same. In ordinary English, one can occupy a house or a country. But in the language of Palestinianism, Israel “occupies the Palestinian people.” Not only a site, but a people can be “occupied.” The implication is that, for example, Gaza can be occupied without a single Israeli soldier present.

There is also the word “resistance,” which has connotations of French partisans blowing up Nazi ammunition trains, but for the Palestinianists means bombing a pizza restaurant in Jerusalem. In the same way, “nonviolent popular resistance” means murdering random Jews with knives or automobiles rather than guns or bombs.

Even though it is based on a false narrative, historical lies and perverted language, Palestinianism has the advantage of being an internally consistent system. Its only drawback is its total disconnection from reality. Yet Palestinianism has proved remarkably adaptive. It has transformed itself in accordance with the times, like the anti-Semitism to which it is closely related.

All the same, the ultimate objective of Palestinianism, the Palestinian cause, remains the same: The transformation of Israel into an Arab state, along with the violent expulsion of the Jews and their replacement by the descendants of the Arab refugees of 1948.

The adoption of Palestinianism as an essential part of the identity of the Arabs of the Land of Israel has terrible implications, because it means that there can be no compromise solution to the conflict.

Palestinianism holds that the Palestinian people is the eternal enemy of the Jewish people in the Land of Israel, making the conflict a zero-sum game. Ultimately, this means that the conflict will continue until one of the two groups remains in the land and the other disappears.