Our world without Israel? Chas v’sholem! 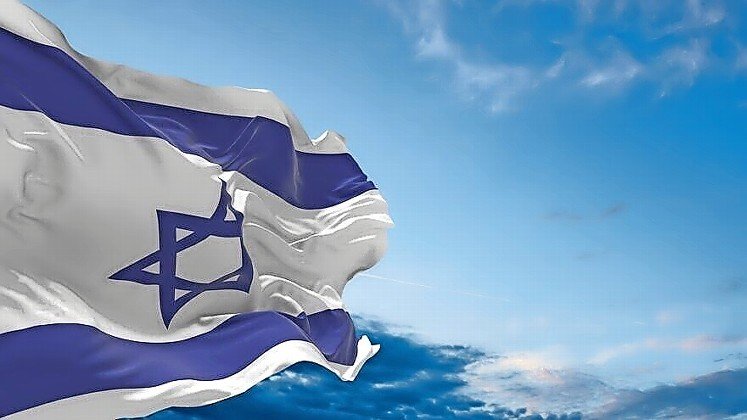 Islamists, Palestinians and leftist peddlers of intersectional ideology and critical race theory dream of destroying the Jewish state. These are not harmless fantasies.”
By Jonathan S. Tobin

It was in 1896 that Theodor Herzl published his groundbreaking book, The Jewish State, which launched the modern Zionist movement. Though his project was, as he noted in his book, “very old” and indeed rooted in the prayers of Jews for nearly 2,000 years, it would only be 52 years later that his vision was brought to life with the birth of modern-day Israel in May 1948.

That state turned 74 years old last week, and as Israelis observed Yom Ha’atzmaut — Israel Independence Day — they had much to celebrate. The country that came to life in 1948 had few assets and had to fight a bloody war of survival in which it lost 1% of its population fending off five invading Arab armies. Despite long odds and predictions of its doom — and never enjoying a day of peace in its history — the genius, and the blood, sweat, tears and toil, of the Jewish people allowed the state to prevail and ultimately thrive. Today, it is home to nearly half of the Jews in the world with a booming economy and a military that makes it a regional superpower. While, like any other country, it has plenty of problems, the journey from Herzl’s dream to the reality of contemporary Israel is one of the greatest human achievements of modern history.

Yet just as Jews once dreamed of a Jewish state, others dream of its disappearance.

These dreamers are an odd collection of Arab fanatics, Islamists, leftist ideologues and far-right crackpots. While the notion of erasing a powerful modern nation from the map is an absurd goal, they insist that their objective is no more unrealistic than Herzl’s. They’re right about that. In 1896, Herzl’s idea was seen by most sensible people as even more of a fantasy than the schemes of those who are currently plotting Israel’s demise.

During the remaining eight years of Herzl’s short life, Zionism was a project supported by only a tiny minority of Jews, who were themselves a tiny fraction of the world’s population. By contrast, anti-Zionism is now supported by most Muslims, many intersectional leftists around the world and every variety of anti-Semites, a category of persons that embraces a broad spectrum of political and religious beliefs.

Advocates for Israel’s destruction don’t always openly speak of that objective the way the leaders of the Iranian government or Hamas terrorists routinely do. Some, like the editorial board of the Harvard Crimson, just talk about their desire for a “free Palestine” and their backing for the anti-Semitic BDS movement without mentioning that the goal of that effort is the end of the Jewish state. Others in the international community, like many so-called human-rights groups or the UN Human Rights Council, which has launched an open-ended Commission of Inquiry designed to back up the lie that Israel is an “apartheid state,” obfuscate their ultimate goal while doing everything they can to isolate Israel in the hope that it will collapse.

In the United States, the intersectional left embraces BDS discrimination against Israel and the Jews while pretending to be for coexistence even though their stands help to make peace impossible. This is rooted in an ideology that falsely compares the war against Israel to the struggle for civil rights in the United States and claims that Jews and Israel are oppressors that benefit from, as critical race theory teaches, “white privilege.”

Some Jews join them. Groups like Jewish Voices for Peace and IfNotNow embrace measures that would doom Israel while backing blood libels against Jews that are no different than traditional tropes of right-wing anti-Semites. Others, like writer Peter Beinart, pretend that a binational state that would end Jewish sovereignty and self-defense is a more just solution to the problem of a conflict that one side — the Palestinians — doesn’t want to resolve.

Most Americans still back Israel and Zionism. But as support for intersectional myths grows within the left-wing of the Democratic Party and anti-Semitism becomes normalized, it’s clear that the battle to defend Zionism in American public forums has only just begun.

Yet on this 74th anniversary of Israel’s independence, it’s worth it to stop and imagine — for just a moment — what the world would look like if the dreams of the anti-Zionists came true and Israel disappeared.

Diving into this counterfactual world in which the Jews of Israel somehow lost the ability to defend their state, it’s not difficult to imagine what would ensure.

Contrary to those who predict that a binational state would bring peace and justice to the land between the Mediterranean Sea and the Jordan River, the Jews of Israel would be in the gravest possible danger without a Jewish government and an army to defend them. Some leftist Jews have made a fetish of powerlessness. But the lessons of 20 centuries of Jewish history prior to Israel’s founding tell us exactly what happens when Jews allow their safety to depend on the kindness of strangers.

Left at the mercy of Palestinian terror organizations, in addition to Islamist and nationalist Arab and Muslims who have never stopped preaching revenge for their past defeats at the hands of the Zionists, the Jews in the land of Israel (approximately 7 million souls today) would be decimated and subjected to pogroms and discrimination. The descendants of Jews who had survived the Holocaust in Europe or had been driven out of their homes in Arab and Muslim lands would again be forced to again flee for their lives.

As Dara Horn wrote in her recent book, the world loves dead Jews. A new generation of Jewish victims — as if the 6 million dead of the Holocaust and the many others who have been killed, wounded or otherwise traumatized by anti-Semitic attacks and terrorism since the end of the Nazi regime were not enough — might be viewed sympathetically by the world. But if the Jews lose the ability to defend themselves, it’s a stretch to think that even the friendliest of foreign powers would do it for them.

Nor would the suffering be confined to the Jews of Israel. If there is anything we should have learned from the last century of Jewish history, it is that the establishment of a Jewish state allowed every Jew in the world — whether or not they were Zionists, religious or in any way affiliated with the Jewish community — to stand up taller and be more respected by their neighbors.

The collapse or destruction of Israel would have a devastating impact on the security of Jews elsewhere, leaving them more vulnerable than ever to a rising tide of anti-Semitic hate. Even those who are indifferent to or unaware of how much Israel has strengthened their position and pumped life into Jewish communities would soon understand that this would strip them of the pride and the security that a Jewish state had offered them.

The end of Israel would set off a new dark age for world Jewry whose consequences are unimaginable to those who grew up in the last 74 years when Jews no longer thought of themselves primarily as victims or the objects of hate and scorn.

That is a nightmare scenario and one that will hopefully never come to pass. But we should keep it in mind whenever we encounter those who speak up for Israel’s elimination or for a BDS movement that seeks that end.

Those who preach the end of Israel may think they are supporting human rights, but a proper understanding of their goal would force us to see that what they are doing is advocating for mass murder and the dispossession of the largest Jewish community in the world.

A world without Israel would be one of Jewish suffering and victimhood and anyone who seeks that objective — be they on the left or the right, non-Jewish or Jewish — should be labeled as a would-be accomplice to genocide.