One Year Later – A Reflection on Sandy 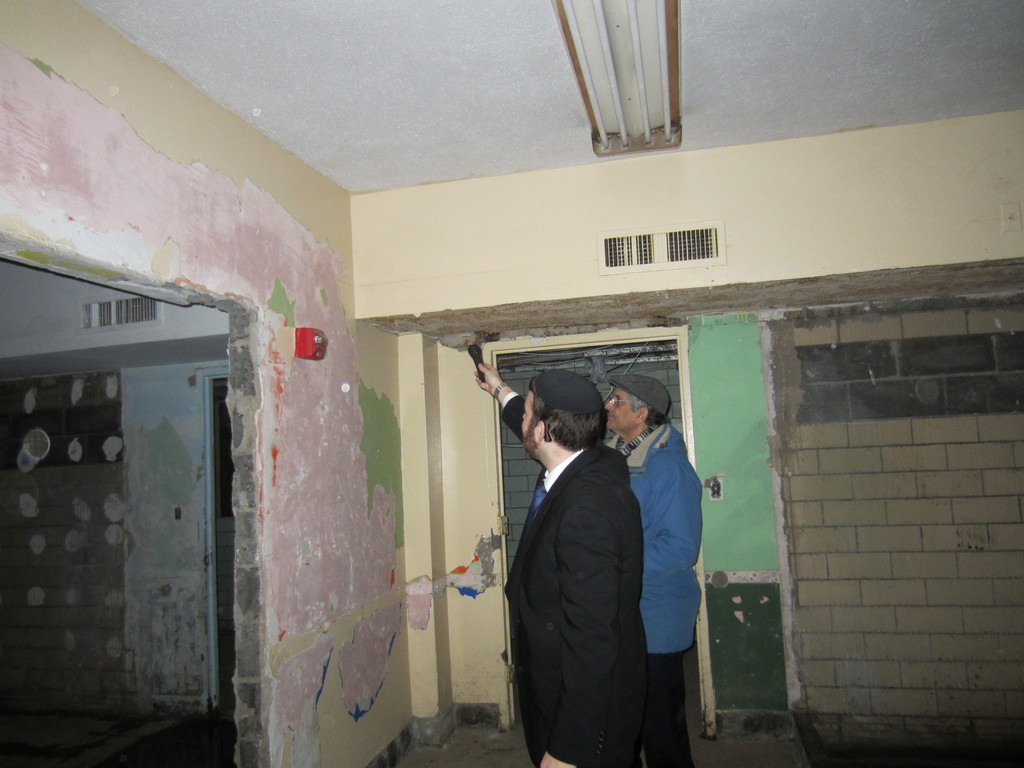 I will never forget the text that night around 8 p.m. – “The beach and the bay just met – everything is covered in water.” At that moment, as the Rabbi of Ohab Zedek in Belle Harbor, I knew our entire lives were now completely changed. In the weeks, months, and –now-year since the storm I realized just how right I was. However, to my great surprise, it was not the house damage, financial loss, and traumatic experiences that caused the long lasting change. In the face of devastation, the Jewish community did not allow these tragedies to take away what we have. Incredibly, it was the strength, care, and perspective of the Jewish community that made such a monumental difference in our lives. I want to share a few vignettes of my experiences that brought me to this realization so that the lessons of Sandy will not have come and gone in vain.

A couple of days after the storm hit, I was able to make my way back to Belle Harbor. I will never forget the sight that met my eyes. There were cars strewn like toys all over the neighborhood. Broken down fire trucks that had attempted, in vain, to reach unstoppable fires, lay abandoned in the street. Along the beach, a few planks of wood remained on plots where houses had once stood. The houses that remained in the rest of the community had piles of debris outside higher than the house itself. Most painful for us all was the sight of our shul, Ohab Zedek, lying in ruins, completely ravaged by the raging ocean waters.

But it wasn’t until I saw the fill line of where the water had sat during the hurricane surge on one yard fence that I truly realized what had happened. I looked straight at the line and it was as tall as me. A chilling realization washed over me – I could have drowned. At that moment, my perspective totally changed. I felt so small and at the same time so fortunate. I might not have been able to return home with my family to my comfortable bed and my cherished seforim, but it didn’t matter. I felt so happy to be alive and to know that no matter where I would be for the next few months, my family and friends would be there with me. I recognized that my life was not about what I had lost, but the incredible gifts I had been given. Even though we had no idea when we would return, I knew that the G-d who saved us would bring us back as well.

As a first time Rabbi, I found that my new perspective was not the only thing I would have to learn. There were challenges and learning experiences everyday in the months after Sandy. For example, coordinating a community without being together for a few months, fighting insurance companies, creating shelters for homeless residents and volunteers, working with politicians and public officials, coordinating distributions of funds, learning the true meaning of rabbinic counseling.

But hands-down, the greatest and most incredible lesson of all was the fact that the Jewish community had taken this new perspective as well. Instead of sitting back and allowing doom and gloom to overtake our lives, our communities surpassed all possible expectations. People who lost their homes miraculously were able to look forward to the future in the hope of a better tomorrow. I knew about the chesed and goodness that our communities practiced, but the scale on which it was practiced after this tragedy was astounding. Individuals opened their homes with a smile to anyone that needed. Names like Achiezer, CAF, JCCRP, and Phil Goldfeder became household terms for our area. Within an incredibly short time, the destruction of Sandy was reborn as something greater than anyone could have imagined. A new reality of strength, perseverance, care, emunah (faith in G-d), and hope emerged out of those piles of debris. The waters of Sandy came and drowned homes, cars, schools, and neighborhoods, but it did not put out the inextinguishable flame of Jewish continuity.

Until this very day, I wonder where we gained the strength to overcome that incredible disaster. Maybe it was in the merit of our parents, grandparents, and great-grandparents that rebuilt our world after the greatest destruction in our history. Or, perhaps, it was because of the good will that we found inside ourselves at that time. Or it could have all been a Divine gift at that time from G-d himself so that we could continue as a community. Whatever the source of this modern-day miracle, it would be a pity for us to forget it. As we pass the one-year mark since that terrible storm, let’s take a moment to remember the most profound lesson of the Sandy-experience – we are truly a fortunate people.

Editor’s note: The Jewish Star featured the destruction and efforts of rebuilding in Belle Harbor in the wake of Hurricane Sandy. Rabbi Selengut was one of the rabbis who read a chapter of psalms (Tehillim) at Sunday’s Tehillim rally at Yeshiva Shor Yoshuv.