No way around giving ‘the talk’ to our children 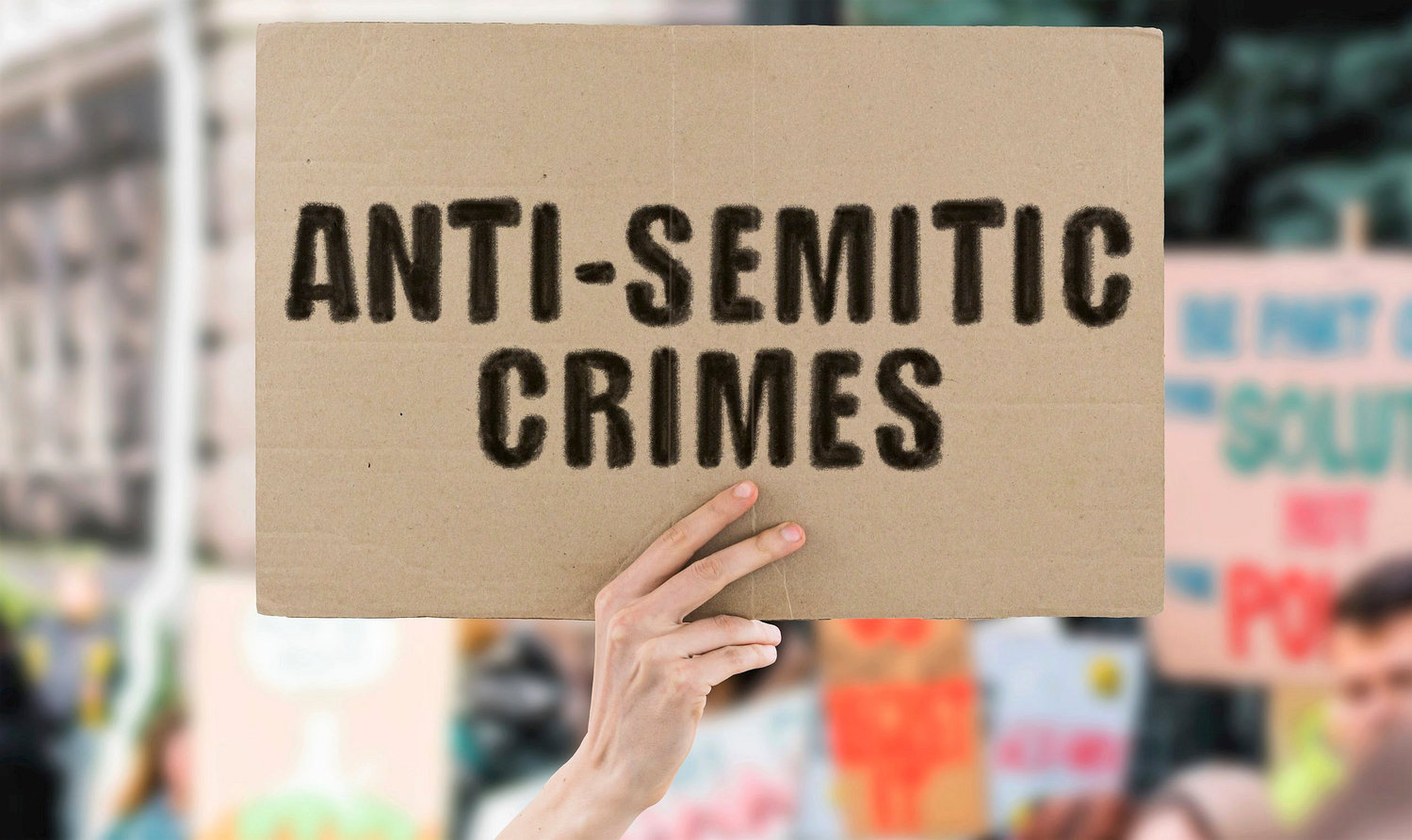 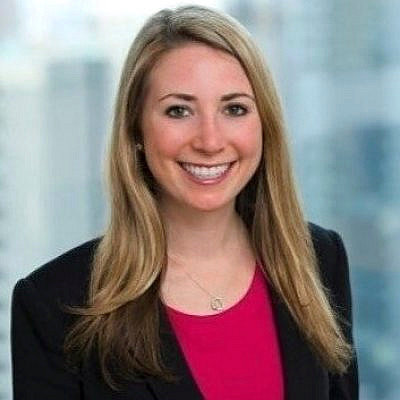 Early conversations should strive for preparation and familiarity, not creating fear and anxiety.”
By Jennifer Shulkin

Many articles are published on how to talk to children about anti-Semitism, but nobody has explained why doing so is so important.

Some 88 percent of American Jewish adults surveyed in 2020 by the American Jewish Committee believe that anti-Semitism is a problem in the United States, and 82 percent feel that it has increased in the past five years. Approximately 37 percent reported personally being the victim of anti-Semitism in the past five years. Jewish American adults seem well aware of the intensifying problem.

For Jewish American children, however, who may not yet have social media or who may be shielded from current events, much of today’s anti-Semitism is not so visible. This is especially true for Conservative, Reform and secular Jews who have assimilated into mainstream American culture and display no outward indicators of their religion. American Jews are no longer limited to living in certain neighborhoods or attending certain universities. The rising rate of interfaith marriage is yet another indicator of assimilation and acceptance.

Like many others who were raised near a major metropolitan city, I personally observed little anti-Semitism growing up. At school, I fearlessly chatted about my bat mitzvah and Hebrew school. I, like many of my peers, extrapolated that the whole country — if not the world — was similarly accepting of Jews.

Even if anti-Semitism is not so visible in everyday life, its danger is like that of a riptide. A riptide appears far less deadly than it actually is, gaining strength quickly and unpredictably when the waters still before dragging victims away from shore and potentially drowning them. We talk to children about riptides. We teach them to not fight directly against them, but rather to swim parallel to the shore until out of the current and then back to shore at an angle.

Just like with riptides, I worry about Jewish American children being unaware and unprepared for unexpected waves and undercurrents of anti-Semitism. It is our responsibility as parents, mentors and teachers to begin a dialogue and prepare them before they are in over their heads.

Early conversations about anti-Semitism should strive for preparation and familiarity, not creating fear and anxiety. Conversations must be age-appropriate and tailored to the unique characteristics of the child. Discussing gas chambers with a 5-year-old is irresponsible.

I believe that my parents struck the right balance of imparting the reality of anti-Semitism without disrupting the sense of safety I felt in my school, neighborhood and synagogue.

At the age of 6, I understood vaguely that anti-Semitism was the reason both sides of my family came to the United States: Nazis drove my grandfather from Hamburg in 1939, and my father’s great-grandparents fled threats of physical harm in Russia. My parents made sure that I knew that anti-Semitism was not just a remnant of the past, though, especially outside of America.

They explained that many of Israel’s neighbors and people elsewhere in the world feel that Israel as a Jewish state has no right to exist. Similarly, if my family was traveling abroad and visiting a synagogue, they explained why we gave the taxi driver an address nearby rather than the synagogue’s name.

My parents clarified why nobody in my family wore Jewish star necklaces or displayed outward religious symbols. In general, they discouraged me from advertising my Judaism among unfamiliar people. The reason was twofold: first, to personally avoid any unpleasantness or animosity a stranger might feel towards Jews; and second, just in case, to spare me any risk of physical harm (especially when traveling).

Through multiple conversations that increased in complexity and specificity as I matured, my parents taught me to navigate various situations, assess probabilities of danger and animosity, and respond appropriately when personally encountering or witnessing anti-Semitism. This preparation proved to be necessary.

As one of the only Jewish competitors on the national junior squash circuit, I understood that my family could not join certain country clubs because of their reluctance to accept Jewish members. Additionally, as a college and law student at east coast universities, I was able to recognize anti-Zionism demonstrations on campus for what they were: veiled anti-Semitic criticisms. And after law school, as a Manhattan Assistant District Attorney, I recognized one defendant’s anti-Semitic slurs as not separate from, but rather the motivator of, a physical assault; despite resistance from my superiors, I advocated to prosecute the attack as a felony hate crime rather than a simple misdemeanor.

Had it not been for the ongoing dialogue with my parents throughout my childhood, I would have been shocked by or perhaps ignorant to these incidents of anti-Semitism occurring all around me.

American schools teach very little about anti-Semitism, usually limited to a few paragraphs on the Holocaust in a history textbook or reading Elie Wiesel’s “Night.” Attempts at reform are underway, but new curriculums on inclusion and prejudice threaten to exclude the study of anti-Semitism.

Social media and online media are other major sources of information, and we have little control over what children view on these platforms. Jewish American parents and mentors can help fill in the gaps in knowledge and understanding that schools and the internet have created.

A good place to start is asking children what they already know about both current and past events. Encourage them to read books and watch movies that explain and add context to complicated issues like the Holocaust and the Israeli-Palestinian conflict. Review the same materials yourself and unpack them together. Make it clear that you will serve as a reference point and want to begin an ongoing discussion. Opening the door for conversations about these difficult topics will make children more comfortable asking questions about what they see, read and listen to as they mature.

Children not yet exposed to the topic of anti-Semitism may at first have trouble understanding how anyone can despise Jews simply for being Jewish. Just as problematic is explaining that despite some people hating Jews for being Jewish, Jewish heritage is indeed something to be proud of. Trusted adults must help navigate these confusing identity questions.

It would be a missed opportunity if these conversations were limited to just anti-Semitism and did not also discuss prejudice more broadly. Underscore that centuries of anti-Semitism have made Jews more sensitive towards, and fiercer advocates against, other forms of prejudice, as evidenced by the mass numbers of Jews walking side by side with Black Americans in the civil-rights movement and today’s Black Lives Matter movement. Especially in light of America’s recent racial reckoning, we have a responsibility to discuss societal injustice beyond just anti-Semitism.

By teaching Jewish American children from an early age about anti-Semitism and prejudice, we can ensure that they will be better equipped to tackle the ugly realities confronting this generation and the next.

Jennifer Shulkin, a publishing adjunct at the MirYam Institute and a white-collar criminal defense attorney in Washington, was formerly an assistant district attorney in Manhattan.

‘Big 10’ and the structuring of a good society