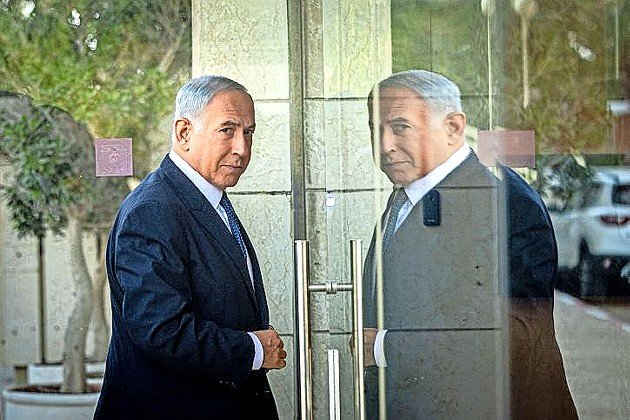 Even if many US Jews are failing Israel, abandoning the largest Diaspora community is self-defeating.”
By Jonathan S. Tobin

It may be that some of the statements emanating from certain partners in Benjamin Netanyahu’s new government are more a function of posturing than genuine policy priorities. But even if those expressing them are serious, it’s unlikely that Netanyahu will let them have their way.

Still, the talk coming from the Religious Zionist Party’s Itamar Ben-Gvir and members of the ultra-Orthodox parties about changing the Law of Return or reversing a court ruling that recognized Reform Movement conversions shouldn’t be dismissed as mere noise surrounding the coalition negotiations.

The debate is important for three reasons.

One is that as much as the secular majority in Israel despises the Chief Rabbinate whose Orthodox bureaucracy governs life-cycle events like marriage, issues that are primarily of interest to non-Orthodox Jews leave them cold. That’s because Israelis tend to view what they consider to be a “Diaspora version” of Judaism as having little to do with their lives.

On top of that, even many Israelis who have no sympathy for the demands of the religious parties believe that the bulk of US Jewry has effectively turned its back on Israel. That conviction has led them to think that the Jewish state should have no compunction about offending the sensibilities of their American cousins.

Last, much of the criticism about American Jews’ lack of understanding about the Jewish state’s security dilemmas, and their high-handed attempts to substitute their ignorance for Israeli common sense, is justified. But the cost of effectively writing off the approximately 90 percent of American Jewry that is not Orthodox, and sabotaging the efforts of those trying to preserve the US-Israel alliance, is much higher than Israelis think.

The latter brings us to proposals being mooted by Ben-Gvir and others, despite the probability of their being inconsequential in terms of actual impact.

Overturning the Supreme Court ruling that Reform converts should be eligible for the right to make aliyah under the right of return would affect very few people. The overwhelming majority of Americans who immigrate to Israel are modern Orthodox, not Reform converts. But such a move would nevertheless be taken as a slight to the Reform community.

Then there’s the stated desire to eliminate the so-called “grandfather clause” the Law of Return, which allows anyone with a Jewish grandparent to obtain Israeli citizenship. The legislation was enacted this way in response to the impact of Nazi persecution. The clause was based on the assumption that anyone with a Jewish grandparent would have been marked for death during the Holocaust.

Many people in Russia and Ukraine fit this description. As the war between those two countries continues, it’s natural for many of them to look to Israel as a haven for escape. Changing the law would block their entry, other than as short-term tourists.

This is a good thing from the point of view of those Israelis unhappy about the fact that a considerable number of immigrants from the former Soviet Union — perhaps in the hundreds of thousands — are not Jewish according to religious law. Not only that; many of them are not only secular, but continue to observe Christmas, among other traditions from their home of origin.

Many of the Orthodox regard this phenomenon as potentially undermining the foundations of the state. But, since the Chief Rabbinate rejects practical compromises on less stringent conversions of the people in this group — many of whom serve in the Israel Defense Forces and identify as Jewish — the problem persists. In other words, rather than work for a solution, the Orthodox simply want to shut off the flow of such people into the country.

Meddling with the Law of Return would also have consequences in the United States. Astronomical rates of intermarriage — at least 75 percent among non-Orthodox Jews — have created a similar population of Americans who are currently eligible for aliyah, but would be prevented from doing so in the future if the Orthodox demands are met by Netanyahu and the coalition.

Of course, mass aliyah from the United States of highly assimilated people with only tenuous ancestral ties to their Jewish forebears is a fantasy. Or, rather, it is a nightmare scenario about US antisemitism that, despite a surge in hatred against Jews, is not even a remote possibility.

Here again, however, though the impact would be minor (since few Americans in the above category intend on immigrating to Israel), the symbolism of branding Reform and Conservative Judaism as illegitimate is major.

The reaction of a significant cross-section of Israelis to this controversy is often a shrug of the shoulders. Their attitude is that if Reform and Conservative Jews want to have a say in Israeli affairs, they should make aliyah en masse and vote in the kind of numbers that would make it too difficult for the secular and Orthodox establishments to flout their concerns. The same applies to the battles over the right to egalitarian worship at Jerusalem’s Western Wall.

On top of it all is the fact that liberal American Jews pontificate about the conflict with the Palestinians as if the last 30 years of history — during which Israel repeatedly tried to implement a “land for peace” formula — never happened. Large majorities of them support unfair pressure to “save Israel from itself,” by forcing it to make suicidal concessions to the Palestinians, and back the appeasement of Iran, which poses an existential threat to the Jewish state.

This has led many Israelis to ask why — if the only US Jews who can be counted on to prioritize Israel’s security when they vote are Orthodox or political conservatives — should they care about measures that only offend the liberal denominations?

Nevertheless, as much as the battle for the hearts and minds of non-Orthodox Jewry can seem lost at times, conceding the notion that up to 90 percent of North American Jews can be just written off would do enormous damage to the battle to defend Zionism.

It’s true that evangelical Christians provide most of the pro-Israel muscle in American politics nowadays. But relying entirely on them, or on the minority of American Jews who are Orthodox, ignores a vast reserve of people who are, or who might be, persuaded to back Zionism.

It wasn’t that long ago that Conservative and Reform Jewry were bastions of pro-Israel sentiment. That has changed in recent decades, with evidence mounting that even many rabbis are adopting fashionable liberal stands according to which Israel is an illegal occupier and human-rights abuser.

That 90 students at the Reform and Conservative rabbinical seminaries signed an outrageous letter taking sides against Israel in the spring of 2021, when the Jewish state was under assault from thousands of rockets and missiles launched by terrorists in Gaza, was a seminal moment.

Against this travesty, a movement of rabbis dedicated to reviving support for Israel has arisen. The Zionist Rabbinic Coalition faces an uphill fight against long odds. But it is clearly in Israel’s interest for the organization to succeed in pushing back against these toxic trends that are rooted in antisemitism and woke ideology.

Letting the religious parties win on the conversion and Law of Return issues would effectively ensure that its efforts will have been in vain. That’s why it’s likely that Netanyahu, who understands Americans much better than most Israelis, is not likely to concede.

He is aware that writing off the vast majority of world Jewry would be a catastrophe, as well as a blow to Israel’s efforts to maintain its standing in the United States and to mobilize support from those Americans who are interested in helping the Jewish State.