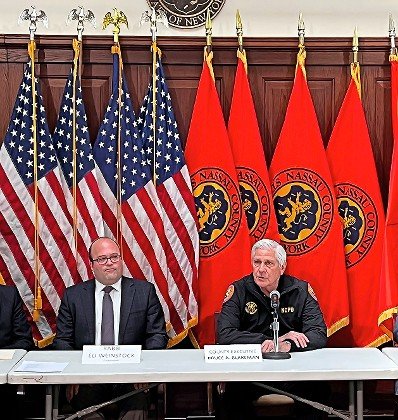 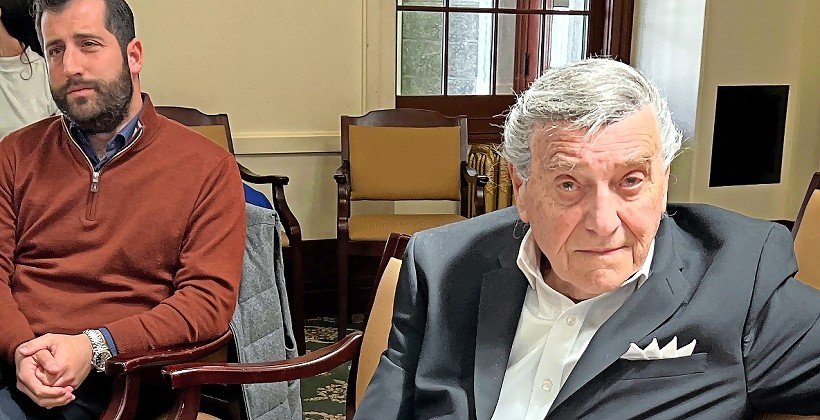 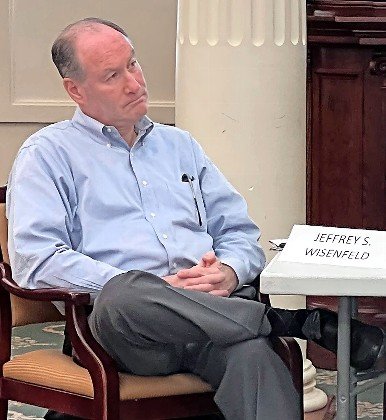 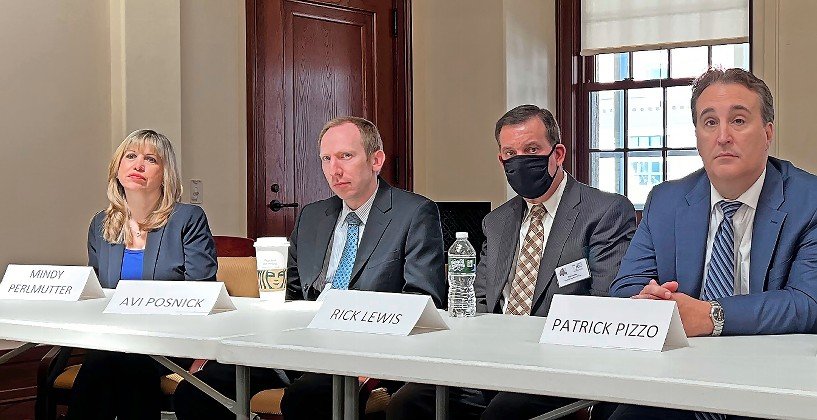 From left: Mindy Perlmutter of the Jewish Community Relations Council Long Island, Avi Posnick of Stand With Us, and Rick Lewis of the Mid-Island Y JCC. 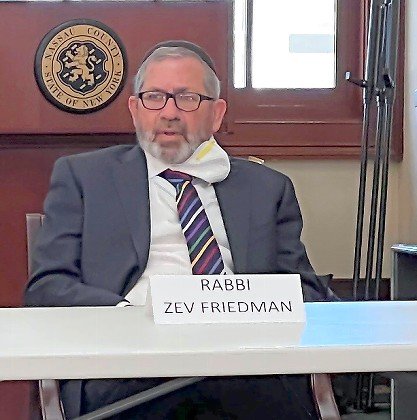 “We’re stronger when we collaborate,” Bruce Blakeman, the county chief, said in opening the panel’s first meeting, at the Theodore Roosevelt Executive & Legislative Building in Mineola.

The committee’s chairman, Rabbi Eli Weinstock of the Atlantic Beach Jewish Center, outlined possible priorities for the Nassau County Anti-Semitism Task Force. “The first order of business is to figure out what we’re trying to do. We don’t want to just be complaining,” he said.

“An important part of our work together will be how to eliminate the hate.”

References to last Friday’s attack in Crown Heights on a rabbi who was enroute to the Great Neck Synagogue touched on the immediacy of the task force’s challenge.

“Anti-Semitism is on the rise everywhere, including in this county,” said Mindy Perlmutter, executive director of the Jewish Community Relations Council LI.

“I raised three kids in Plainview,” Lewis said, and “this has become extremely personal for me.”

All three of his children experienced anti-Semitism “in very direct ways,” he said, choking up as he recounted what happened when he and his wife visited one of his sons in college.

“He proceeded to hand us his Chai. He said, ‘I can’t wear this here’.”

After his son’s non-Jewish friends told him “you need to wear that,” he put it back on a week later, Lewis said, adding that while “I don’t think we can fix this … I really hope we can accomplish something.”

Former Town of Oyster Bay Supervisor Lewis Yevoli said that anti-Semitism “is not a figment of someone’s imagination. We’re not overreacting. It exists. And unless you begin to confront it head on, it will only grow.”

“What absolutely amazes me is the number of young people who have no idea that the Holocaust ever occurred,” Yevoli said. “I’m amazed even further when I speak to others who deny that it ever existed. You can’t sweep this under the rug any longer.”

“A week doesn’t go by without something happening,” said Scott Cushing, special adviser to the county executive.

Jeff Wiesenfeld of Great Neck told task force members, “You’ll be effective if you’re willing to tackle taboo subjects” and “not paper things over.” He urged that the term “anti-Semitism” be replaced with “Jew hatred.”

Nassau County Legislator Debra Mule observed that “it’s so sad that we have to be here to do this. But this is reality.”

Avi Posnick, outreach coordinator of Stand With Us, said getting a handle on violence against Jews and Jewish institutions in Nassau County is difficult, because the county's eight precincts don't break out anti-Semitic incidents in its report to the Nassau County Police Department.  He suggested legislation to make that happen.

“This is not going to be a committee where we’re going to have a cup of coffee and enjoy a bagel and accomplish nothing,” predicted Oyster Bay’s Yevoli

Updated May 13 to clarify reference to NCPD reporting of anti-Semitic incidents.