My brethren on the left, please give me a chance 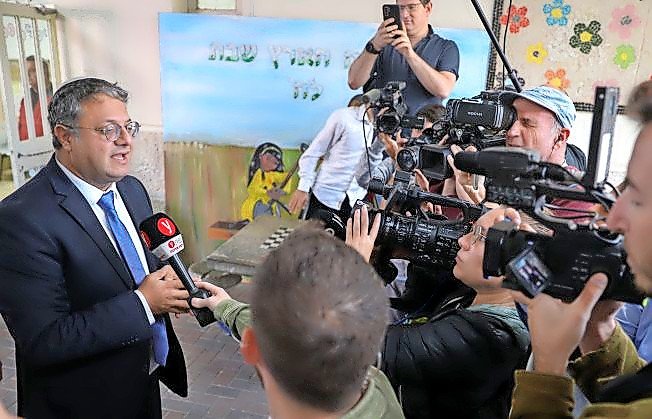 We are all brothers, and we agree on 90% of the issues.”
By Itamar Ben-Gvir

Despite our differences, despite four rounds of elections that have led to a polarized public discourse and an accentuation of our divisions, despite the demonization, despite everything, we are brothers.

No, the country hasn’t come to an end. You and us together, we are the country, and we have no intention of changing that.

I hear the fear of “religious coercion,” but ask myself, whom will I coerce? My brother, who doesn’t wear a kippah, or Zvika Fogel and Almog Cohen, “secular” candidates I brought into my Otzma Yehudit Knesset list?

I hear the fear of “thought police” or prohibition of demonstrations, and remind you that we are the ones who have fought more than all the “civil rights” organizations for freedom of expression and the right to protest.

What saddens me the most is to hear journalists ask whether if, when I take up a position of influence, the Pride Parade will still receive police protection—are you insane? Would I like to see the loathsome murder of a girl attending a parade? Of course not; even if I don’t like the parade, I will still ensure all the marchers are kept safe.

I hear all those who bring up the subjects of the emblem on Yitzhak Rabin’s car (27 years ago!) and the poster of Baruch Goldstein. But let me remind you of the long path I have taken since then, and how I have changed: I have matured, moderated and come to the understanding that life is complex.

Today, I don’t see all leftists in the same way. I certainly make a distinction between [Hadash Knesset member] Ofer Cassif and the Zionist pro-Israel left.

Don’t get me wrong: We will do everything in our power to establish a nationalist right-wing government, a government that will restore personal security, that will restore governability to the Negev and the Galilee and hold its head up high and not bow before threats.

I don’t plan to apologize for who I am, but I think that if you get to know me, you will change your views about me and my positions. For too long, too many Israelis have been afraid of enemies from within and without. No more!

The reality in which Jews flee from mobs in the heart of Jerusalem is a self-defeating and ghetto-like reality. Mothers in Beersheva should not be afraid to let their teenage girls go to the mall or walk the city’s streets; a soldier on leave in Akko shouldn’t have to take off his uniform when he comes home. The Start-Up Nation has lost its staying power to deal with threats from within. Running away, apologizing and giving in have become the norm. That’s what the election was about, and that’s why we won it.

Our Jewish identity is not sectorial or political, it is the rock of our being and our very essence. In the Diaspora, we suffered persecution and we united, yet here in our own country we have built our Jewish heart beats fainter. Reconnecting to it cannot be accomplished through coercion — such an attempt would be doomed to failure — but we must become reacquainted, we must refresh our memories and bring ourselves closer to our heritage.

There are many of you who feel frustrated, and those feelings often lead to fear, which can manifest as hatred. But these are feelings that come from being distant and unfamiliar.

The ax raised against a mother in Haifa or the knife drawn against a young man in Ashkelon don’t have electoral considerations. The same goes for our national security, which we so desperately need: It is not there to defend a particular sector or political affiliation. We all need personal security — in the kibbutzim of the left, in the towns of the periphery, on Rothschild Boulevard in Tel Aviv, and in Sderot and Beersheva. We must restore for everyone — for Religious Zionist Party and Otzma Yehudit voters and for Labor and Meretz voters—the governability we have lost in the Negev and the Galilee.

Israel’s Arab citizens, too, are entitled to protection and a feeling of security. The problem of crime in the Arab sector has swelled to dangerous proportions. We cannot accept this shocking reality in which innocent people are murdered in broad daylight without the issue topping the public agenda and without us being required to provide safety and protection to Israel’s Arab citizens as well. The truth must be stated, even if it is painful: The complacency that the State of Israel shows toward murder and crime in the Arab sector is immoral, unacceptable and harms us all.

In the coming days, with G-d’s help, a national government will be formed. There will be many disputes and controversies, and there is plenty to argue about; the 10 percent that keeps us apart could fill countless television broadcasts and newspaper editions. But there is no reason for fear or hatred — we are brothers!