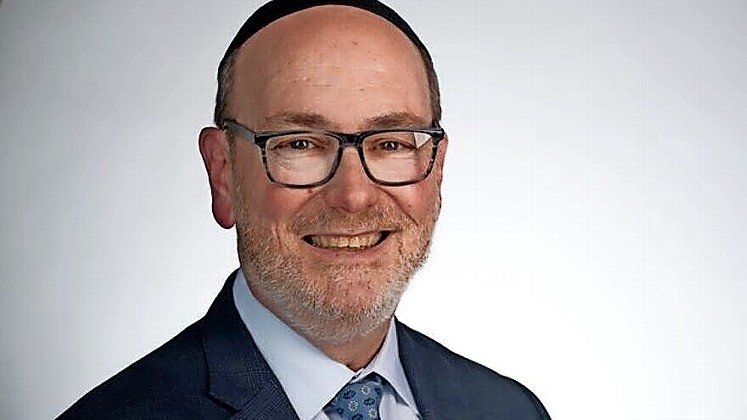 Mitchel Aeder has begun his term as the 18th president of the Orthodox Union, succeeding Mark (Moishe) Bane, who served as OU president for the past six years.

Aeder was unanimously elected at the OU’s biennial convention, held in Woodmere on Jan. 1. Yehuda Neuberger was elected as the new chairman of the Board of Directors.

“I am humbled by the opportunity to partner with them in leading this great institution,” said Aeder, a member of the OU board since 2000.

He has been the chairman of OU’s Yachad, which provides services to individuals with special needs, and of the Youth Commission that governs NCSY.

“Mitch already has proven himself an extraordinarily thoughtful and capable leader of the Jewish people,” said OU Executive Vice President and COO Rabbi Dr. Josh Joseph. “His dedication to the OU, and his insight into the areas of strategy, culture and entrepreneurship are essential to steward this important position.”

“The continuation of strong lay leadership is crucial for the Orthodox Union,” said OU Executive Vice President Rabbi Moshe Hauer. “Even as we grappled daily with the practical physical challenges of surging antisemitism and the pandemic, Moishe’s clear vision ensured that the OU would not be distracted from its vital efforts to grow the community’s religious engagement.”

Aeder was a corporate tax partner for many years at PricewaterhouseCoopers prior to his 2021 retirement. He and his wife, Dr. Lita Aeder, live in Kew Gardens Hills.

The role of OU president is a two-year term. Bane, elected to three terms as head of the international organization, achieved far-reaching and historic accomplishments that achieved transformational change.

During the pandemic, Bane oversaw the OU’s continued growth, facilitating the purchase of the OU’s new headquarters in Manhattan. Under his careful direction, the OU revamped its professional leadership structure; expanded its offerings; added board members; and created three new departments: Torah Initiatives, Women’s Initiative and Impact Accelerator. Other notable initiatives under his leadership include:

•PC2020 — During the pandemic, the OU’s Project Community 2020 engaged teenagers, college students and Yachad members by offering them recreation combined with Jewish learning and volunteer opportunities to support local communities.

•Torah New York — In 2017, the OU began an annual day of Torah learning at Citi Field in New York, the largest event of its kind in North America. The event drew thousands of participants who participated in dozens of classes led by world-class scholars.

•Ukraine campaign — During the crisis in Ukraine, the OU created a fund and also worked with partners to establish medical supply and kosher food distribution centers in Eastern Europe.

•India campaign —  In May 2021, when India was experiencing a skyrocketing number of Covid cases, the OU launched a two-week emergency campaign to raise funds for much-needed oxygen concentrators.