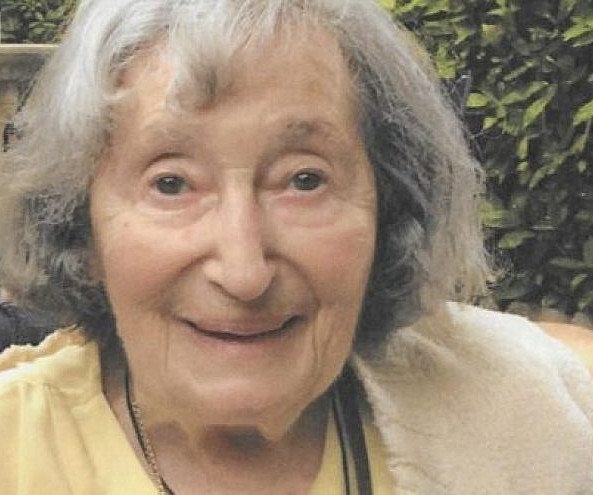 Over the trail is the shadow of the anti-Semitic murder of another Jewish woman, Sarah Halimi, whose killer was set free.”
By Ben Cohen

UPDATE: A French court on Wednesday sentenced Yacine Mihoub to life in prison for the 2018 Paris murder of Mireille Knoll. He will be eligible for parole in 22 years.

Under different circumstances, it might have been the stuff of a modern fairy tale with two principal characters. The story of a Jewish Holocaust survivor living in a Paris housing project — a grandmother with a reputation for endless acts of kindness and her neighbor, a cute little kid from an Arab immigrant family who helps the elderly lady out with domestic chores and carries her groceries home from the market. Two different worlds and two vastly different experiences finding a simple bond across the boundaries of age, religion and social background.

Sadly, what transpired was the stuff of pure horror. The Holocaust survivor — 85-year-old Mireille Knoll, who suffered from Parkinson’s disease — was murdered by two men in her own apartment on March 23, 2018. One of the accused is 32-year-old Yacine Mihoub, the neighbor whom Knoll took under her wing when he was a small boy of 8. The other is 25-year-old Alex Carrimbacus, a fellow petty criminal Mihoub befriended during one of his many prison sentences, including one for a sexual assault on a minor that occurred in Knoll’s apartment.

The murder was brutal: Knoll was stabbed 11 times before she was set alight. When firefighters arrived to answer an emergency call, they discovered her lifeless body sprawled on the apartment floor, her features charred beyond recognition.

The murder was also anti-Semitic: Mihoub and Carrimbacus picked out Knoll not just because she was an easy target for Mihoub to access (her door was always open to him, despite his long history of drug-dealing and violence, as well as his penchant for far-right and Islamist websites) but because she was Jewish, and therefore both wealthy and likely to have a store of cash and other valuables in her home. The actual truth was that monthly welfare checks were Knoll’s main source of income.

This is the reasoning, if that’s what you want to call it, which has undergirded many of the anti-Semitic assaults on French Jews during the last decade — like the ordeal of the Pinto family, who were taken hostage, badly beaten and robbed in their own home by a gang of anti-Semitic thugs in September 2017.

Many of those victims were ignored by the French media and the wider public, but the case of Knoll, perhaps because of its shocking details, has become well-known inside and outside France. When the trial of Mihoub and Carrimbacus began last week at the Court of Assizes in Paris, several of the world’s major news organizations joined French reporters in the media huddle outside.

The trial, which was set to close on Nov. 10, has already shone a powerful light on the hours immediately before and after Knoll’s murder, though the key question of whether it was Mihoub or Carrimbacus who wielded the knife used to kill her remains unanswered. Both men blame the other for the murder.

Carrimbacus claims that it was Mihoub who presented Knoll as an ideal target because she was Jewish and that he yelled the words Allahu Akbar (“God is great”) as he allegedly plunged the knife into his victim. For their part, Mihoub’s lawyers have strenuously denied that anti-Semitism was a motivating factor in the killing, which they say was carried out by Carrimbacus as he robbed Knoll’s apartment.

Some of the testimony has been harrowing, particularly from Knoll’s two sons, Alain and Daniel, both of whom paid moving tributes to their mother from the witness stand. The two “monsters,” as Daniel called the defendants, had willfully targeted his mother because, in the end, she was just a youpine (French pejorative slang for “yid”), as Alain put it, in the eyes of her accused killers.

Several witnesses at the trial emphasized that both of the accused are pathological liars whose accounts of what happened are stained with inconsistencies. The role of Mihoub’s relatives is also a disturbing factor, with his brother giving a confused account to the court of Mihoub’s movements, and his mother, Zoulikha Khellaf, facing charges for having cleaned the knife that was used in the murder.

The expectation is that Mihoub and Carrimbacus will be found guilty of murder aggravated by anti-Semitic hatred and that they will receive appropriately severe sentences. Indeed, an attempt last year by their lawyers to have the anti-Semitism aspect dropped from the charge sheet failed in an appeal court, whose judges deemed it perfectly plausible that Knoll’s Jewish origin was emphasized by Mihoub in his conversations with Carrimbacus.

Yet even if French justice does deliver in the case of Knoll, it won’t be forgotten that the trial of her killers took place in the shadow of a judicial scandal. In April this year, France’s highest court ruled that Kobili Traoré — accused of the violent anti-Semitic murder of a 65-year-old Jewish woman, Sarah Halimi, in April 2017 in eerily similar circumstances to Knoll one year later—would be excused from a criminal trial. That decision was based on the opinion of a court-appointed psychiatrist who insisted that Traoré’s intake of cannabis on the night he murdered Halimi had rendered him temporarily insane.

The outcry from French Jews that followed was expected, and the hurt and anger generated by the judiciary’s abject failure to deliver justice to the Halimi family have not evaporated.

In that regard, there was a telling moment in the Knoll murder trial last week when the court heard from a psychiatric expert who assessed Mihoub and Carrimbacus. Both of them are addicts—in Mihoub’s case to alcohol, and in the case of Carrimbacus, to crack cocaine and other narcotics. Both of them drank several glasses of port wine in Knoll’s apartment before they killed her. In addition, both have a history of incarceration, while Carrimbacus has spent much of his life begging on the streets to feed his drug habit.

Theirs is an unhappy story, of course, but as the psychiatric expert stressed, there is no question that their criminal responsibility is “full and complete.” As to whether their behavior could have been suddenly and radically altered by imbibing liquor or drugs, the expert pointed out that was unlikely, precisely because both men are addicts and have therefore built up strong tolerance through years of abuse.

If that logic applies to Mihoub and Carrimbacus, then why not to Traoré? How is it that a cannabis habit leads to a legal status of criminal irresponsibility, but not crack, a much stronger and much more devastating drug? And how can French justice live with such a glaring inconsistency—justice for Mireille Knoll, but not for Sarah Halimi?

A modicum of justice for Knoll will have been achieved in the event that Mihoub and Carrimbacus pay for their grotesque crime, but it will remain partial and compromised for as long as Halimi remains out of the frame. The Knoll family has said as much, having regularly pointed to the echoes of Halimi’s killing in Knoll’s suffering, and arguing that true justice for one has to mean justice for the other. France has yet to face up to that.

Russia and Iran are heading for defeat in Ukraine

Viewing Russia for what it is: A nation of thugs