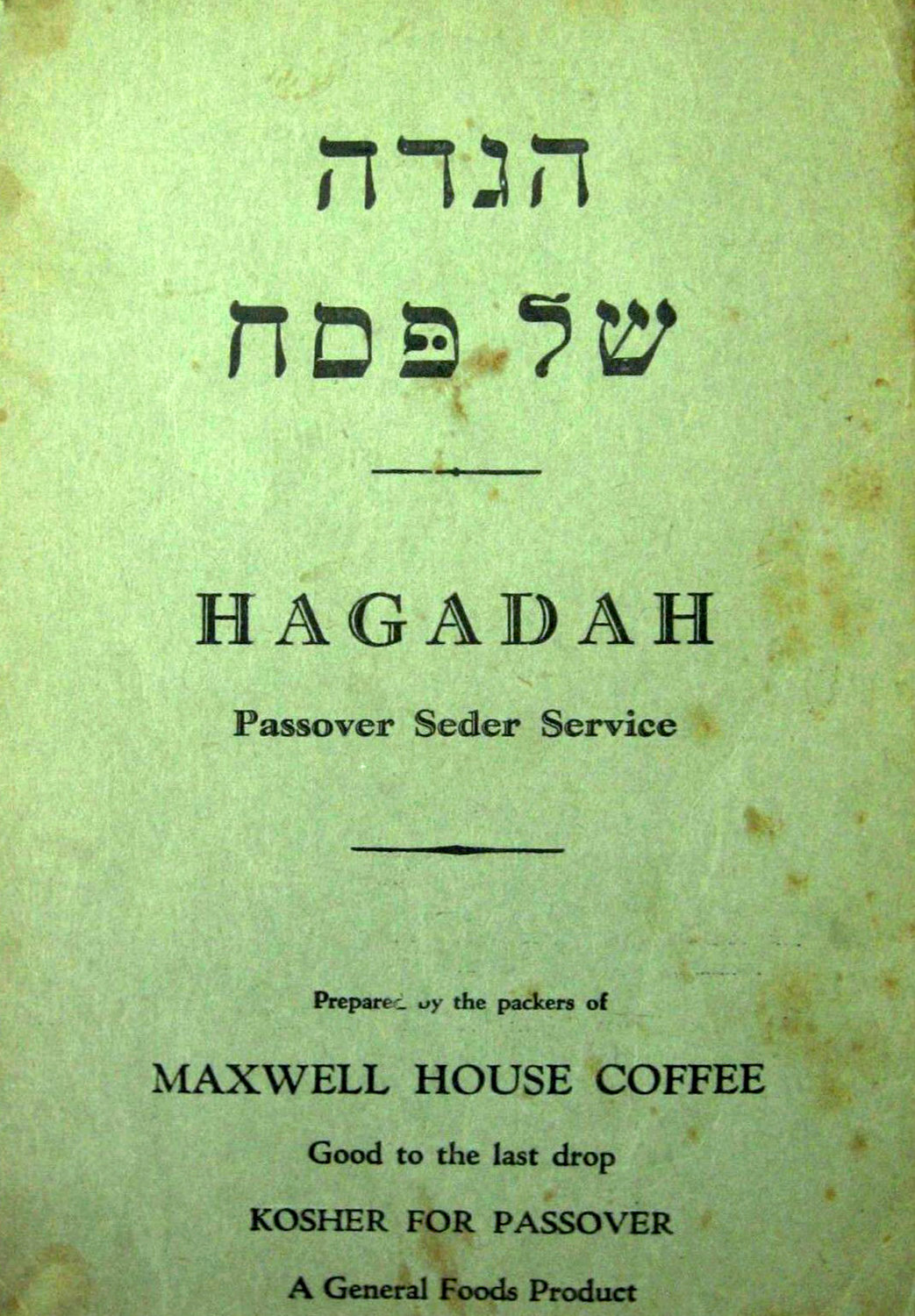 The 1933 edition of the Maxwell House Coffee Haggadah. 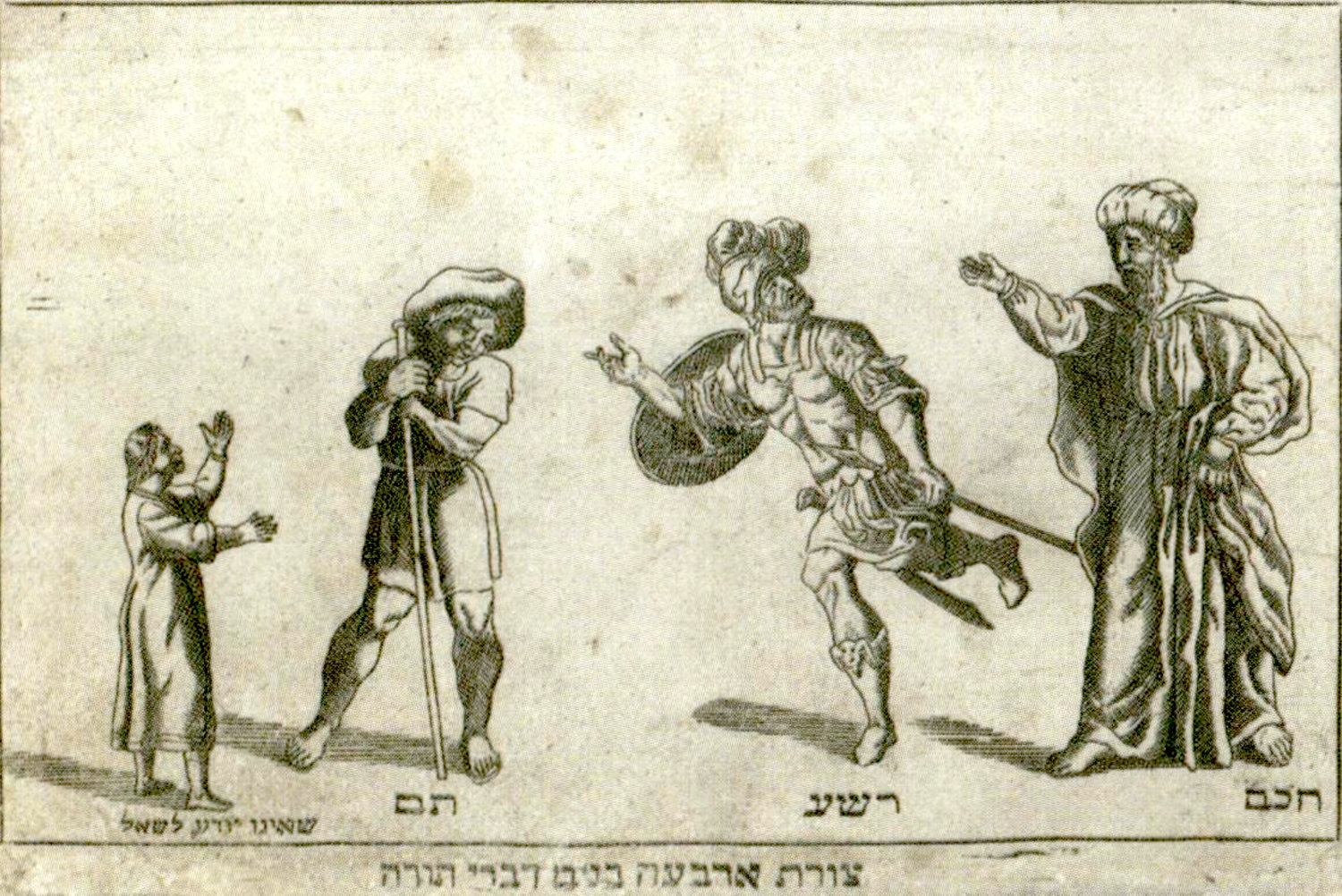 The Four Sons depicted by Abraham bar Jacob in the 1695 Amsterdam Haggadah. 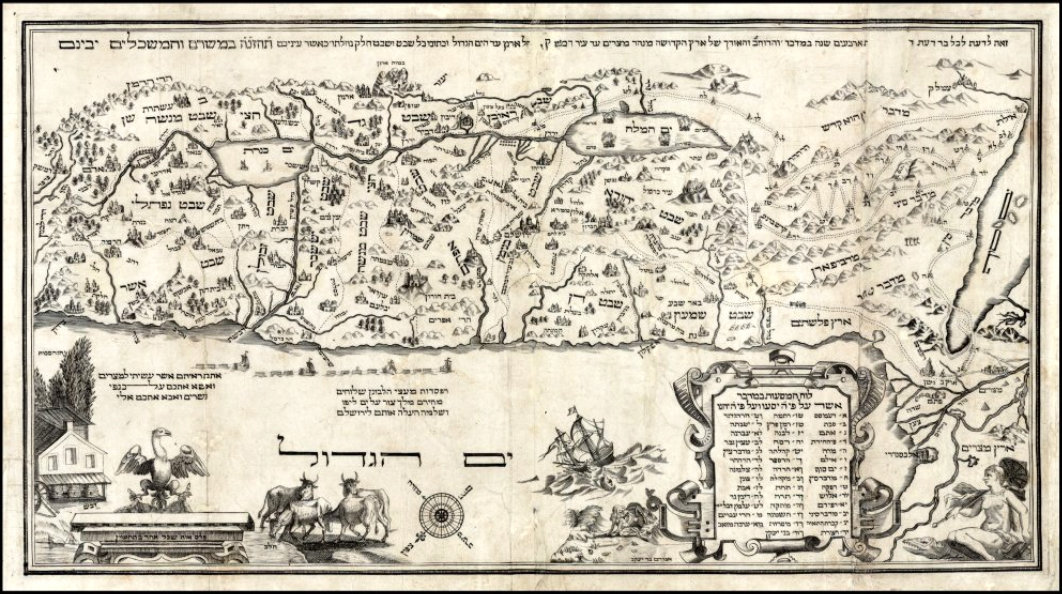 A map of Israel turned on its side to allow for printing at greater scale, one of the earliest maps of the region in Hebrew. 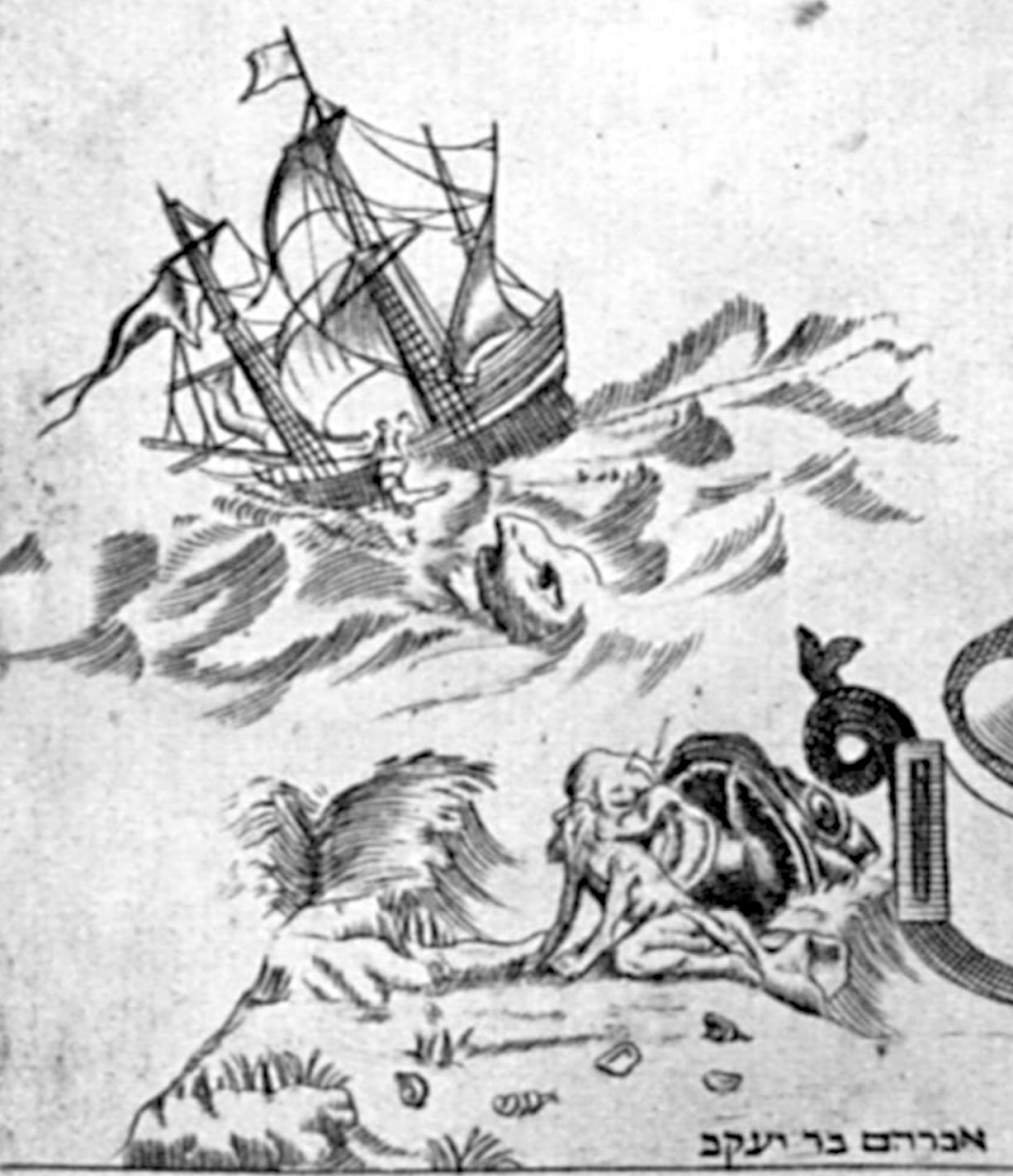 Signature of artist in 1695 Amsterdam Haggadah. 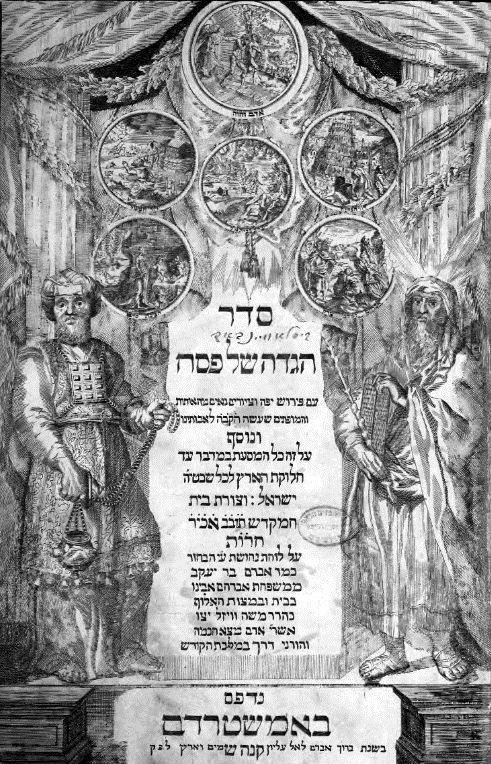 The Amsterdam Haggadah.
Previous Next
By Henry Abramson

Generations of American Jews received their first visual impressions of the Exodus from the iconic Maxwell House Haggadah. Introduced as a clever marketing device in 1932 to convince Ashkenazi consumers that the coffee was kosher for Passover (although we call them coffee beans, they are actually the seeds of a fruit and therefore not prohibited as kitniyot), the initially pedestrian Haggadah has been updated and reprinted more than 55 million times.

The first set of illustrations were taken from the classic Amsterdam Haggadah of 1695, the work of an unusual former German minister and convert to Judaism who took the name Abraham bar Jacob.

Only a few tantalizing details of bar Jacob’s life are preserved. Born in 1669, most likely in the Rhineland region of Germany, he moved at the age of 26 to liberal Amsterdam, where he studied Judaism and became a convert. We do not know why he took the name “bar Jacob” rather than “ben Avraham,” more common for converts, although in writing he explicitly proclaimed his status by referring to himself as “from the family of Abraham our Father.” Nothing of his first wife (perhaps from his Christian past) is known, but his second wife was Deborah Proops, sister to the famous Jewish printer Solomon ben Joseph Proops, who published much of his work.

Bar Jacob’s illustrations were technically superior to the Venetian illustrations that were popular at the end of the seventeenth century. Freshly drawn on copper plate, they captured so much detail and emotion that they were reprinted in dozens of editions of Haggadah over the next four centuries. His specialization is also preserved in some gorgeous title pages that introduce important works like the Shulhan Arukh, the Shnei Luhot Ha-Brit, and others.

While his artistic originality is demonstrated in complex images that detail biblical scenes such as the rescue of baby Moses from the Nile or the adult Moses striking the cruel Egyptian taskmaster, bar Jacob also had an ability to recognize powerful imagery elsewhere and incorporate it into the Jewish narrative. By modern standards, this would be considered plagiarism (or at least “sampling”), but it was standard fare in printing at the turn of the 18th century.

His famous vision of the Four Sons, for example, reproduces figures taken out of context from the 17th-century Icones Biblical of Matthaus Merian of Basle. The wicked son (second from right) is a fleeing soldier flipped on his horizontal axis; the simple son is King Saul, similarly flipped and wearing a hat. Ironically, it is bar Jacob’s Christian background that likely gave him familiarity with Merian’s work, allowing the artist to transform and transport these images to generations of Passover tables.

Bar Jacob’s Haggadah also included an unusual map of Israel, turned on its side to allow for printing at greater scale. It is one of the earliest printed maps of the region in Hebrew.

Bar Jacob’s influence on Haggadah illustrations and the mind of hundreds of thousands of Jewish Passover celebrants is perhaps a reflection of the enormity of his own spiritual transformation. Conversion to Judaism, especially in the 17th century, was not a simple matter, and one can only imagine the tribulations that bar Jacob endured as he left his past life as a minister and joined the Jewish people.

A hint of his self-representation is suggested in the Biblical scene he used to accompany his signature in the Amsterdam Haggadah, despite its absence from the Passover story: the prophet Jonah, thrown into a stormy sea and the jaws of a ferocious creature — and then deposited safely on a new shore, looking over his shoulder at his narrow escape.

Henry Abramson, a resident of the Five Towns, serves as a Dean of Touro College in Brooklyn.