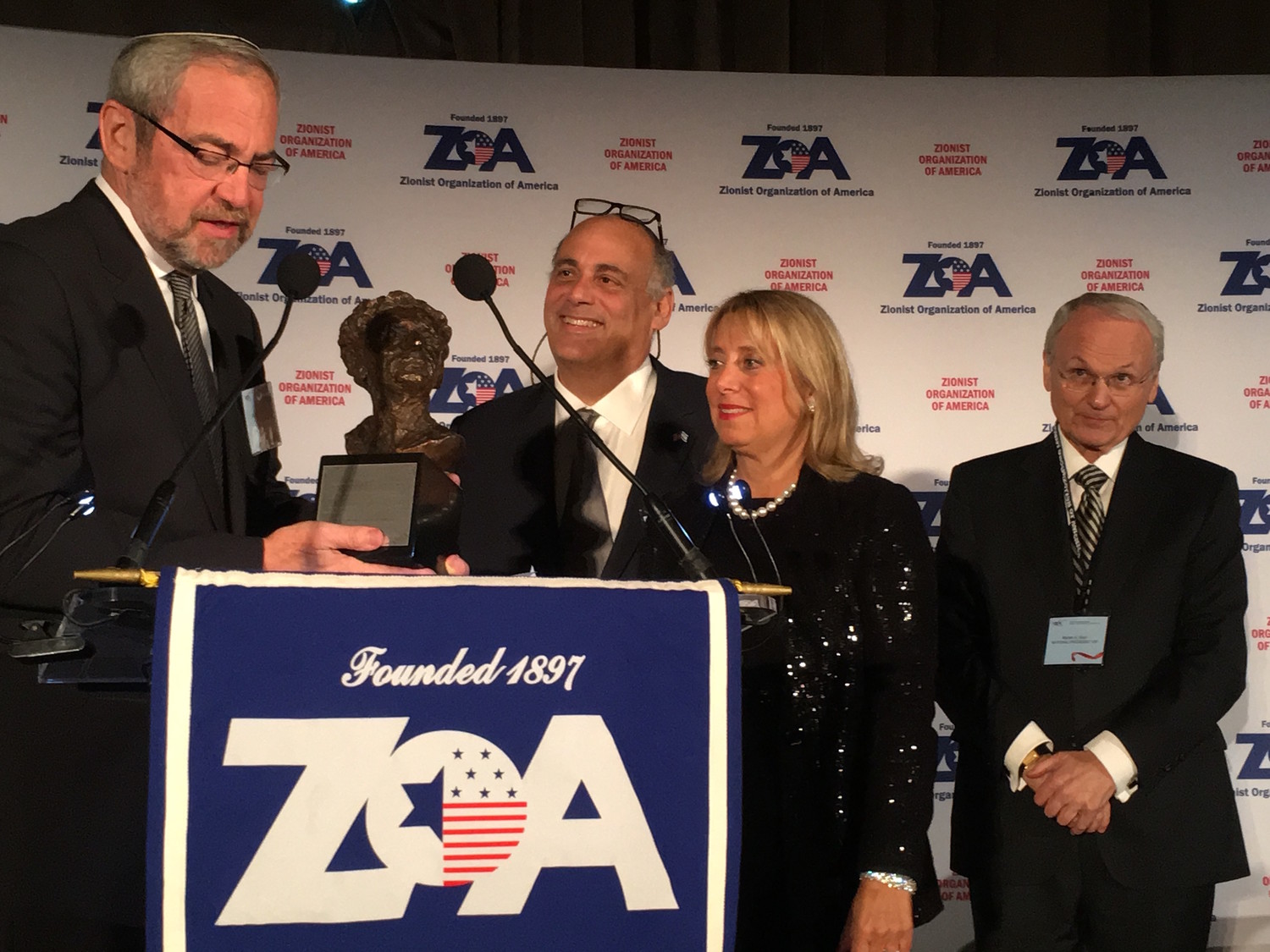 Iris and Shalom Maidenbaum of Lawrence were presented with the Zionist Organization of America’s Justice Louis D. Brandeis award, at the organization’s gala on Sunday night at the Grand Hyatt in Manhattan.

Rabbi Kenneth Hain of Congregation Beth Sholom in Lawrence introduced the Maidenbaums as “two of the most beloved Jews in our community.”

“They are people that don’t want to be bystanders in Jewish history, they want to make things happen,” Rabbi Hain said. “They have the imprint of Zionism in their DNA.”

The award was presented in recognition of their “lifelong advocacy and commitment to Zionism and the well-being and security of Israel and the Jewish people.”

“Iris and I remember the days when people were proud to be called Zionists,” Shalom Maidenbaum told the more than 1,000 people who filled the Grand Hyatt’s ballroom. “We will never be apologists for Zionism.”

He praised the ZOA and its president, Morton Klein, for their “outspoken and unambiguous and unapologetic positions on the issues that face our beloved Israel.”

“Israel is now and will always be a place where Jews will be able to arrive freely and be counted among the most civilized countries in the world — the proverbial light unto the nations … a bastion of democracy,” Maidenbaum said.

The Maidenbaums earmarked their gift to ZOA to the organization’s college campus outreach, a program that “has done incredible work to combat the BDS movement and is instrumental in supporting as well as creating a new young generation of outspoken proud Zionists,” he said.