Lipstadt poised to battle scourge on all fronts 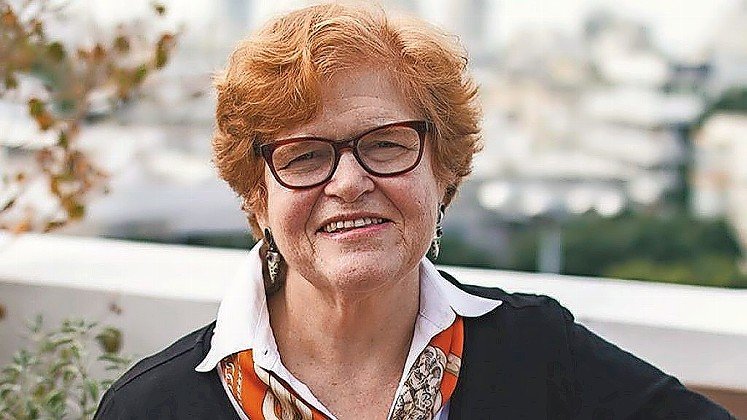 President Joe Biden’s nominee to serve as Special Envoy for Combating and Monitoring anti-Semitism Deborah Lipstadt said on Thursday that she was most worried about the rise in casual anti-Semitism and the questioning of the importance of the Holocaust more than overt demonstrations of anti-Semitism.

As calls to end the delay in her confirmation process were increasing, Lipstadt appeared in a Zoom presentation by the Los Angeles-based American Jewish University (AJU), speaking with Professor Michael Berenbaum, director of the Sigi Ziering Institute there.

Lipstadt appeared from the University of Virginia campus, where a day earlier she gave expert testimony in the civil trial of the deadly 2017 Unite the Right rally in Charlottesville, Va.

She related some of the testimony she heard at the trial, of the trauma Jews suffered when they saw white-supremacist marchers with tiki torches chanting “Jews will not replace us.”

The route of the march went by a synagogue during Shabbat-morning services on Aug. 12. Concerned for their physical safety, the rabbi told the congregation to sneak out of the synagogue through the back door in small groups, along with the Torah, fearing physical danger.

“I know of no other time in American Jewish history where Jews had to escape through the back door with a Torah [scroll] because of physical danger,” said Lipstadt.

Berenbaum noted that some current anti-Semites don’t deny the Holocaust but think it was not successful enough. He asked her to assess the phenomenon.

“What scares me more is the people who say it wasn’t important,” she said.

There were 18 million Jews in the world prior to the Holocaust and 12 million after the war, meaning that one-in-three perished, she said. However, she added, it’s difficult for people today to view Jews as victims because “we don’t present as some of the traditional victims of discrimination and deep-seated prejudice.”

“We recovered; we have a State of Israel. Jews have been very successful certainly in this country and in many other countries. We have strong communities,” said Lipstadt. “So other people look at us and say, ‘What are they complaining about? Oh, stop. Don’t talk to me about that Holocaust anymore’.”

Lipstadt noted that it’s important to call out anti-Semitic actions, but labeling someone an anti-Semite should be rare in order to preserve the impact of that accusation.

Anti-Semitism, she said, was like playing whack-a-mole, coming from the political extreme right and the extreme left.

“I am an equal-opportunity hater of anti-Semitism. If it’s coming from people next to me whose other political views I share or it’s coming from people whose political views I share not a wit, if they’re expressing the anti-Semitism, I want to fight it with the same degree of strength and courage and intensity. Wherever it comes from, it must be fought,” she insisted.

Lipstadt said that she thinks that with an increasing number of Muslim-majority countries normalizing relations with Israel as part of the Abraham Accords — so far, the United Arab Emirates, Bahrain, Sudan and Morocco — it’s a good time to help those countries better get to know Jews and define anti-Semitism.

Meanwhile, she was very concerned by other countries where anti-Semitism has been part of a national agenda for winning political power.

AJU president Jeffrey Herbst presented Lipstadt with questions from viewers, one of which asked how social media has impacted anti-Semitism.

“Social media has done great things. At the same time, it can be used for very evil things. It definitely accelerates what’s going on.”

Hatred on social media, she said, had been brewing for years, but the open platform allows it to be revealed, and once it’s out of the box, it’s hard to put it back in.

Berenbaum added that the strategy for combating anti-Semitism used to be to quarantine it. With social media, he said, that’s hard to do because anti-Semites can find their support system.

“We’ve got to invest in studying the Internet and social-media platforms,” emphasized Lipstadt. “I don’t think anybody quite knows [how]; it’s a different ball game.”

Haters push for ‘apartheid’ designation in 2022