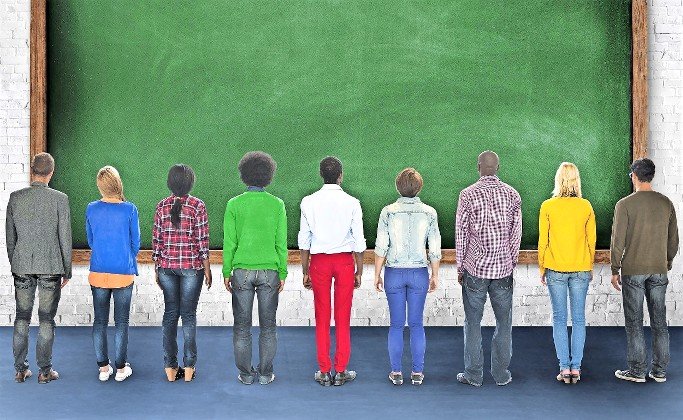 Los Angeles parents and teachers recently announced they are suing the Los Angeles Unified School District teachers’ union to keep anti-Semitism out of California high schools. Despite being outlawed by the California Legislature and Governor Newsom, a group favoring what it calls Liberated Ethnic Studies is trying to re-introduce anti-Semitic and other controversial content by selling an ethnic studies curriculum “under the radar,” as they themselves put it. Allow me to rewind.

In 2016, the California Legislature asked the State Board of Education to design a model ethnic studies course for use in public schools, with the aim of teaching students about and celebrating the contributions of California’s many ethnicities. But the job of drafting was undertaken by a group promoting a narrow and extreme form of ethnic studies, Liberated Ethnic Studies, which castigates “privileged” white and minority students and sets them at odds with other minority students.

Public reaction to Liberated’s first draft, published in 2019, was overwhelmingly critical. California’s Board of Education agreed with the critics, stating that any “model curriculum should be accurate, free of bias, appropriate for all learners in our diverse state. … The current draft model curriculum falls short and needs to be substantially redesigned.” Governor Newsom concurred. He rejected the second draft a year later for the same reasons.

The third draft, scrubbed of its most objectionable content, was accepted by the governor, who signed AB101 in October 2021. AB101 requires public high schools in California to include ethnic studies as a graduation requirement. It provides school districts leeway to create their own curricula, but prohibits use of the extreme discriminatory content excised from the first two drafts.

But Liberated remains determined to promote its agenda, even if it must now do so “under the radar.”

It has now packaged and is surreptitiously selling a “new” version of its curriculum to California school districts. In fact, Liberated has gone to great lengths to keep its curriculum secret from the public, although California law requires, at a minimum, that any proposal be publicly disseminated, with an opportunity for the public to respond before it is used by schools.

And here’s how we get to the lawsuit, filed by The Deborah Project, which reveals that Liberated is secretly working to restore the discriminatory content rejected by the California legislature and Governor Newsom, in a patent end run around AB101.

The clandestine new curriculum generally denounces capitalism and the traditional family, but its particular obsession is with the State of Israel, not the State of California.

Liberated promotes anti-Israel propaganda on the ground that California is home to Arab Americans, whom they classify among “Asian and Pacific Islanders.” If the Middle East is considered part of Asia, one would expect Jews from the Middle East to fall in this category too, but they do not, even if they have the same color skin as their Arab counterparts.

According to a teaching guide taken from the Liberated website (and since removed), Liberated urges ethnic studies teachers to “fly under the radar” if that is what it takes to expose elementary and high school students to its virulent political agenda.

“Teaching the truth about Palestine is a liberatory act, for teachers and for students. It’s a political decision. But … you want to be strategic. The goal is for your anti-racist teaching to be sustainable, and to be part of a larger movement.”

The Liberated teaching guide also counsels teachers to resist opposition from mainstream American Jewish groups like the Anti-Defamation League and the Jewish Community Relations Counsel, which it labels part of a “Zionist” conspiracy, although it denies that its anti-Israel venom is anti-Semitic.

The Liberated curriculum, if adopted, would flout not only AB 101 but a legion of state and federal laws, including Title VI of the Civil Rights Act of 1964, which prohibits institutions that receive federal funds from discriminating on the basis of race, color, or national origin. According to the Department of Education’s Office for Civil Rights (OCR), “national origin” discrimination includes discrimination against Jews, who are not only members of a religious group, but also have a shared ancestry or ethnicity.

It follows, as OCR guidance makes clear, that Jewish students may not be discriminated against on the basis of their actual or perceived identification with the State of Israel. School districts engaging with Liberated and considering adoption of its furtive curriculum, in California and elsewhere, should be aware that once it comes to light—as it must—they will face suits on many grounds, in state and federal courts, and under Title VI, which permits victims of bias to file suit with the Department of Education.

The Deborah Project lawsuit brings to light Liberated’s shady attempts to reimpose its politically motivated curriculum. Sunlight may prove the best disinfectant after all, as Justice Brandeis once said.

Rachel Lerman is vice-chair of the Louis D. Brandeis Center for Human Rights Under Law.