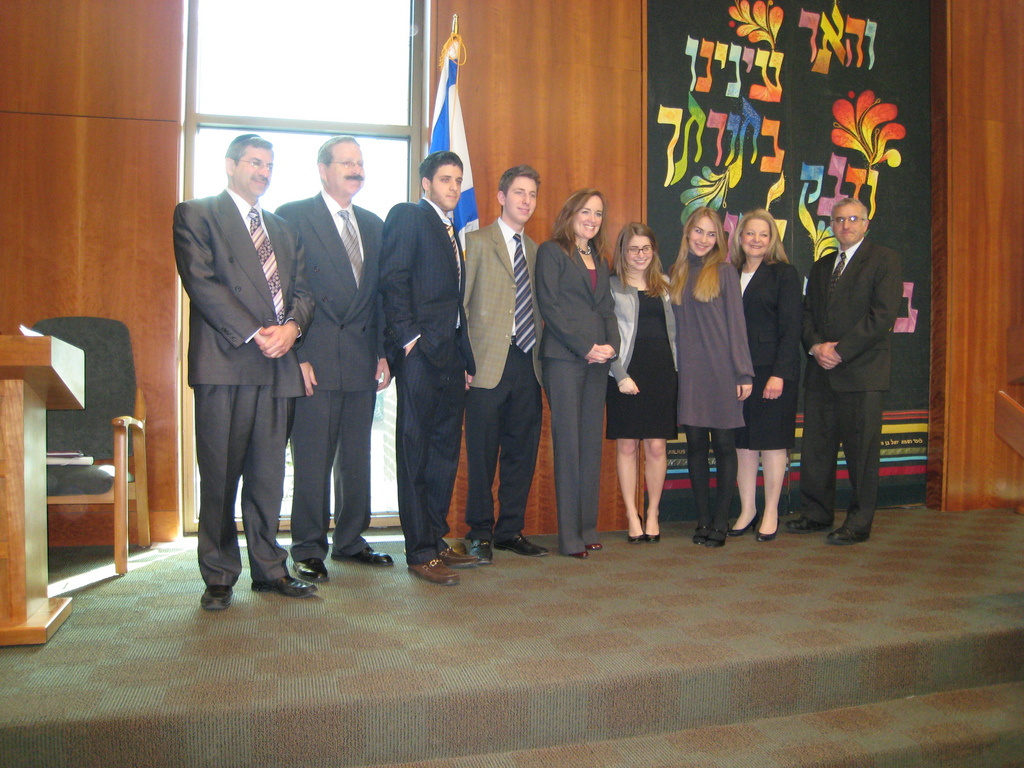 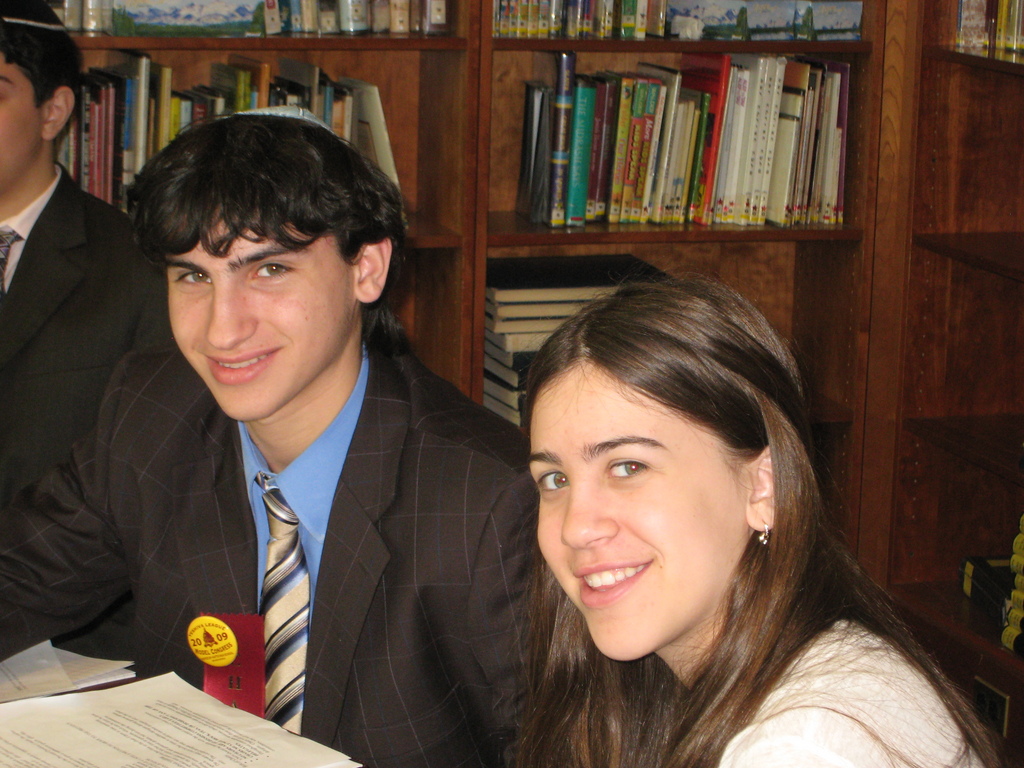 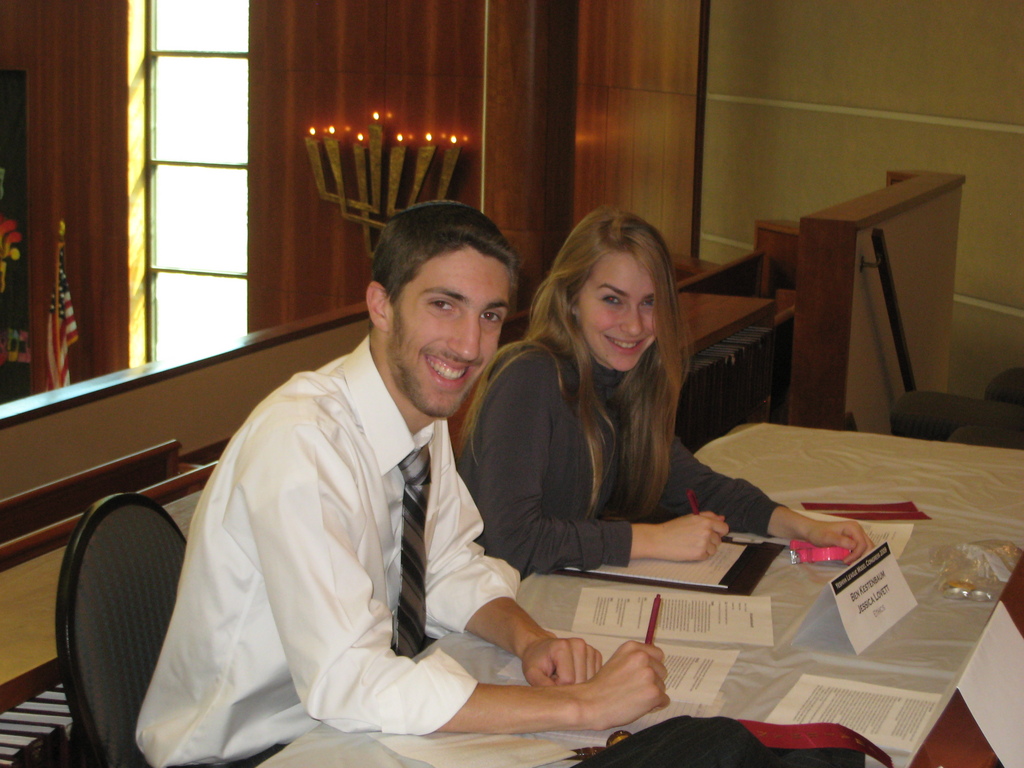 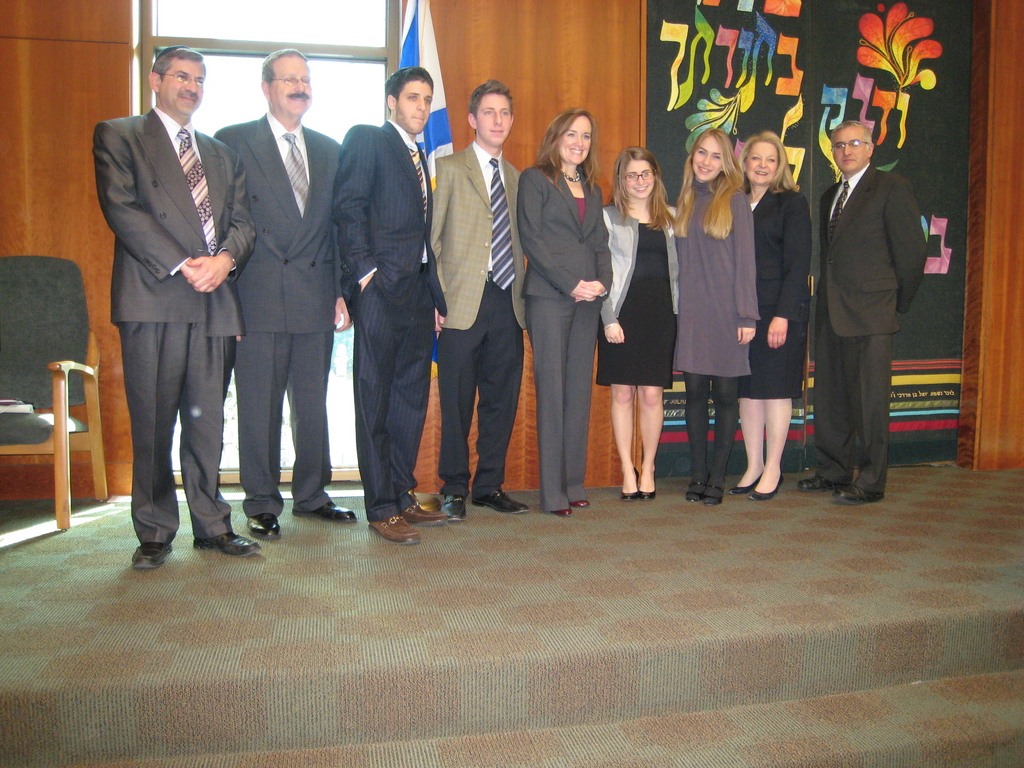 It was 10:30 a.m. and the first item on the agenda was a bill to advance government intelligence. The proposal would grant sole authorization to the National Security Agency to use electronic surveillance and obtain access to business records of suspect persons. Following an animated debate over the pros and cons, and after the addition of two amendments –– one to preserve citizen privacy and the other to ensure a system of checks and balances –– a conclusion was reached. The vote was nearly unanimous, and the chairman of the Intelligence Committee rapped his gavel on the desk decisively to signify passage of the bill.

The setting was neither Washington nor Albany, but the Young Israel of Woodmere, where HAFTR hosted the 20th annual Yeshiva League Model Congress on March 25. Close to 300 high school students from 12 yeshivas participated, acting as members of 15 different Congressional committees drafting new legislation.

The intelligence bill was one of hundreds proposed, passed or vetoed by the politically inclined students, who were supervised by HAFTR upperclassmen acting as chair people of the various committees.

“It was a great opportunity for kids to learn how the government works,” said Joe Gross, HAFTR’s Model Congress advisor. “Everyone had a good time and it was a great learning experience.”

Freilich, 17, of Woodmere, plans to attend Cornell University next year and aspires to work in politics. “I love politics and I loved being involved in something like this, which is really my passion,” she said.

Others, like Blisko, have deeper ties to the political scene.

“My family is very involved in politics,” he said, noting that his father, Solomon Blisko, is on the board of the Lawrence School District.

Blisko, 18, also valued the chance to interact with peers from different schools.

“The experience definitely gave me good leadership and organizational skills,” he said. “I also learned how to work with other people, especially outside the Five Towns community, since many of the schools are not from here.”

“In government, things get done when people get involved,” she said. “All these little things, whether it’s community service or a program like today, allow your voices to be heard on a much bigger level. You should all be very proud that you are part of this program.”

Rabbi Zev Meir Friedman, Rosh HaYeshiva of Machon HaTorah, stressed the impact that Jewish leaders can have in politics. He noted that there are 30 Jewish members of the House of Representatives, and that 13 senators are Jewish, figures that are disproportionately high in comparison to the percentage of Jews in the general population.

Rabbi Friedman also spoke about the need to assume responsibility. “An economic tsunami is spreading throughout the world,” he said, “and we as Jews must be mindful of the reputation that we maintain. It’s time for strong leadership, and time to put our differences aside to solve these problems.”

Rabbi Yotav Eliach, principal of HAFTR, highlighted the ability of an ordinary citizen to influence government in today’s world.

“Congressmen and Senators want to hear from you,” he added. “What we say and do does make a difference.” After hearing that message, students divided into their respective committees and worked to get their bills passed. Many expressed an interest in politics and the desire to learn about the inner workings of government as reasons for their involvement.

“I am really into politics and I like giving back to my community, so this is a good start,” said Yael Schein, a HAFTR senior who chaired the Foreign Relations committee.

“It’s important to see what they do in Washington,” commented Joy Elias of Hewlett, chair of the Intelligence committee. “It’s interesting to see how the laws apply to us and how they work.”

Beth Weinstein, a junior at SKA and a member of the Education and Labor committee, aspires to make a difference, particularly as a Jewish representative of the political community.

“I think it’s important to get involved in secular government and to make a Kiddush Hashem [sanctification of G-d’s name] as Jews who are contributing to society,” she said.

At the program’s closing ceremony, gavels were awarded to the top students from each committee.

Although this was the one annual event for the Yeshiva League, students from HAFTR and North Shore Hebrew Academy also attended the Penn Model Congress in February, a nationwide program with students from around the country.