Kicking it up a notch, Putin goes to Tehran 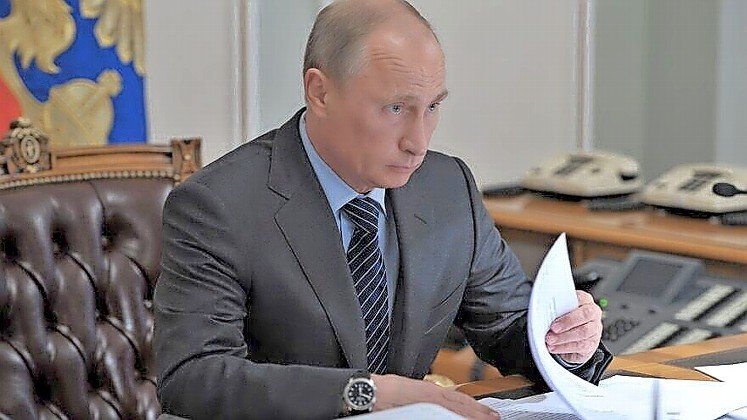 Iran and Russia bind their ties, one regime claiming Divine sanction, the other promoting nationalist chauvinism, both enemies of the West.”
By Ben Cohen

Putin visited Tehran last week on his first trip outside the borders of the former USSR since launching the invasion of Ukraine on Feb. 24. The immediate focus was not the war in Ukraine, but that other Russian-fueled bloodbath in Syria.

The main meeting brought Khamenei and Putin together with Turkish President Recep Tayyip Erdoğan, who is seeking Russian and Iranian backing for a renewed onslaught against Kurdish forces in Syria. Putin refrained from making a formal commitment to his Turkish counterpart, but he will have been reassured by Erdoğan’s reference to him as “my dear friend,” and gratified by Turkey’s shameful antics in holding up Sweden and Finland’s NATO membership applications because of the backing of those two nations for the Kurds.

The Tehran visit was an opportunity for Putin to showcase his status as an international leader who is relied upon by two of the region’s key influencers. It was also an occasion to address the dire state of both the Russian and Iranian economies as they labor under the weight of international sanctions.

Not coincidentally, on the day that Putin landed in Tehran, the Russian energy giant Gazprom announced a $40 billion development and exploration deal with the state-owned National Iranian Oil Company (NIOC). According to NIOC’s chief executive, Mohsen Khojastehmehr, the influx of Gazprom cash represents the largest foreign investment on record in the history of Iran’s energy sector. Additionally, it’s a step that will further bind the deep ties between Iran and Russia—one an authoritarian regime claiming Divine sanction, the other an authoritarian regime promoting nationalist chauvinism, both of them sworn enemies of Western democracy.

It’s highly unlikely that anyone outside of Russia — where the drumbeat of official propaganda through state media channels has turned much of the populace into “zombies,” as the Ukrainians like to say — will have been persuaded by Putin’s grandstanding. Russia’s poor military performance, particularly in the opening phases of the war, punctured the notion that Russian forces are a match for NATO’s combined armies.

Now, admittedly, the situation is becoming more complex, with Russia maintaining its heavy assault in the east of the country and preparing the breakaway regions of Luhansk and Donetsk for “independence.”

Russia’s Foreign Minister, Sergey Lavrov, has even suggested that Russia will take the war deeper into Ukrainian territory as a result of the US provision of high-mobility artillery rocket systems (HIMARS) to Ukrainian forces. “If the West delivers long-range weapons to Kyiv, the geographic goals of the special operation in Ukraine” — Russia’s Orwellian euphemism for its war of aggression — “will expand even more,” Lavrov told state media outlets last week.

The delivery of the HIMARS system to Ukraine has already yielded results on the battlefield, enabling the destruction of some 30 Russian command centers and ammunition depots, according to the Ukrainian defense ministry.

Ukrainian commanders are clamoring for more aid and training as they try and turn the tide against the Russians, who have already lost 15,000 troops through the invasion, according to a CIA assessment — more than seven times the number of U.S. military personnel who were killed in Afghanistan in the entire period after 2001. But as vulnerable as Russia has shown itself to be and as contemptuous as it is towards the lives of its own soldiers, as well as the beleaguered Ukrainians, there is no sign of imminent defeat and no indication that Putin is planning to leave office.

Being battered and bruised is not the same as being defeated, as the Russians have learned many times during their history.

The point, however, is that a continued stalemate, whereby the Russians are in control of much of Eastern Ukraine but repelled from further advances by the Western-backed Ukrainian forces, isn’t tenable. As long as Russia occupies Ukrainian territory and prevents the Kyiv government from accessing its Black Sea ports, the rest of the world will be dragged further into an energy and food crisis, with a recession lurking around the corner.

Internally, Russia’s only option is to become more repressive, choking off alternative sources of information and carrying out mass arrests of anti-war activists and political dissidents. So, if the price of securing a Ukrainian victory seems too high, it’s worth remembering that these are the costs of not doing so.

As is often the case, Russian Jews have been the proverbial canary in the coal mine when it comes to the boosting of state repression in Russia.

Along with their constant propaganda jibes about neo-Nazis in Ukraine, Russia’s leaders have abused and distorted the Holocaust in their failed bid to persuade the outside world that the invasion of Ukraine is the unfinished business of World War II. Then, last week, the Russian Ministry of Justice announced that it was seeking a court order to close down the local operations of the Jewish Agency for Israel, alleging that it had violated Russian law by maintaining a database of Russian citizens seeking to make aliyah to Israel.

There are some ominous parallels between the move against the Jewish Agency and the notorious “Doctor’s Plot” in the Soviet Union in 1953. As the post-war USSR turned venomously against its Jewish community, a group of mainly Jewish doctors was accused of attempting to poison the Soviet dictator Josef Stalin. The American Jewish Joint Distribution Committee (JDC), a humanitarian organization that had been assisting needy Soviet Jews since the 1917 revolution, was identified as the “Zionist spy organization” behind the supposed
conspiracy.

Now, almost 70 years after the “Doctor’s Plot” laid Soviet anti-Semitism bare, fabricated tales of “Zionist spies” are filtering their way back into the legal system and the state-run media in Russia. Meanwhile, Russian representatives in Israel have been saying in soothing tones that the Jewish Agency facing closure is Israel’s fault for having the temerity to speak out in defense of Ukraine’s sovereignty; if that stops, then so will we, they emphasize.

Yet again, a ruling regime in Moscow is using its Jews as a bargaining tool; this time, only a serious military setback will force them onto a different path.