Jews of Arabia? You betchya! 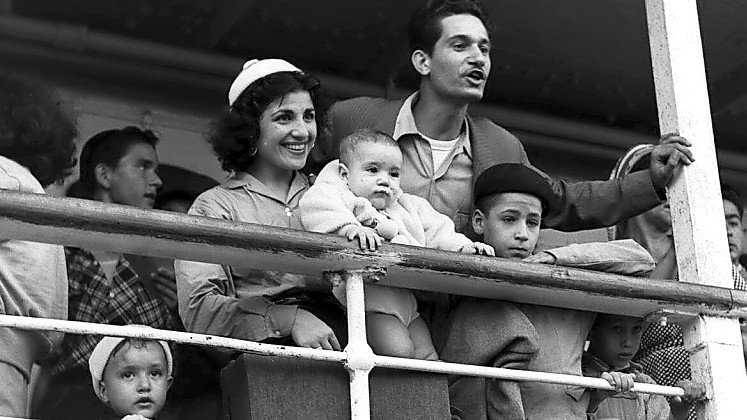 Sixty years ago, Algeria declared its independence from France after a bloody war that is thought to have claimed over a million lives. In the course of throwing off the French colonial yoke, Algeria divested itself of 800,000 “white settlers” (or pieds noirs). But along with the settlers went 130,000 native Algerian Jews.

There was a reason for this: Within a year of independence, it was clear that there would be no place for non-Muslims in the new Algeria. Indeed, the country’s constitution stipulated that only those with a Muslim father or grandfather could acquire Algerian citizenship.

The Jewish refugees, who held French citizenship, were “repatriated” to France, where they had never lived. One of them was Shmuel Trigano, then 14 years old. Within two days and with two suitcases in hand, his life changed forever. Uprooted from the only home he had ever known, he was left permanently scarred.

However, it was only relatively recently, when he saw Palestinians brandishing the keys to homes they had left in 1948, that Trigano realized there was a political dimension to his trauma.

“We also had keys,” he says of the 900,000 Jews forced to flee Arab countries. “But we were too modest. We did not make claims — and because we were silent, we allowed a false narrative to fill the vacuum.”

In order to counter what he calls a massive distortion of the facts, Trigano set about applying the tools of his trade as a professor of sociology. He constructed a conceptual framework to make sense of the post-1940s Jewish exodus from 10 Arab countries over a period of 30 years.

As Trigano points out, the words we use to describe this event lack rigor. For example, the expression “forgotten exodus” is often employed to describe this cataclysmic displacement. But forgotten by whom? Certainly not by the people who were displaced. “Liquidation” or “ethnic cleansing” are more accurate than the passive term “exodus,” Trigano suggests.

The history of this period has still not been properly written, but Trigano has made a start by editing a book, La fin du Judaïsme en terres d’Islam, that assembles data accumulated by 10 specialist historians.

For centuries, Jews were, along with Armenians and Greeks, a subject, second-class dhimmi people living under Muslim domination, principally in the Ottoman Empire. But after the Arab defeat in Israel’s 1948 War of Independence, that oppression descended into outright ethnic cleansing.

This ethnic cleansing took two forms: Exclusion, a “softer” form of oppression, in places such as Morocco, Tunisia and Lebanon; and expulsion from places like Egypt, Iraq and Libya.

Trigano identifies several factors that afflicted all of these Jewish communities at various times:

The antisemitic nature of the measures taken by Arab states is clear for all to see: Whatever their political opinions, all Jews were punished for the “crime” of Zionism. According to Trigano, this collective punishment was derived from the antisemitic myth of the individual Jew as someone who hides behind his own emancipation in order to exercise secret power and control.

Although the Jews of then-Palestine suffered pogroms instigated by the Palestinian mufti, Haj Amin al-Husseini, and were targeted for extermination in the 1948 war, the facts have been turned on their head to suggest that the losing Arab side was targeted for ethnic cleansing.

According to Professor Trigano, the problem is that Israel has failed to speak the truth, allowing free rein to historical distortion and propaganda, to the extent that a perverse resolution condemning Israel as an “apartheid” state has been proposed in the French parliament.

Zionism is blamed for the plight of the Jews, and too many people believe in the myth of peaceful coexistence between Jews and Arabs before the establishment of Israel. Unfortunately, there has also been a tendency among Jews to gloss over inconvenient facts or sugarcoat the history of relations between the two groups.

Have the Abraham Accords altered the situation? The Accords must be celebrated, Trigano says, but not at the expense of history and memory.

Lyn Julius is author of “Uprooted: How 3,000 Years of Jewish Civilization in the Arab World Vanished Overnight” (Vallentine Mitchell, 2018).