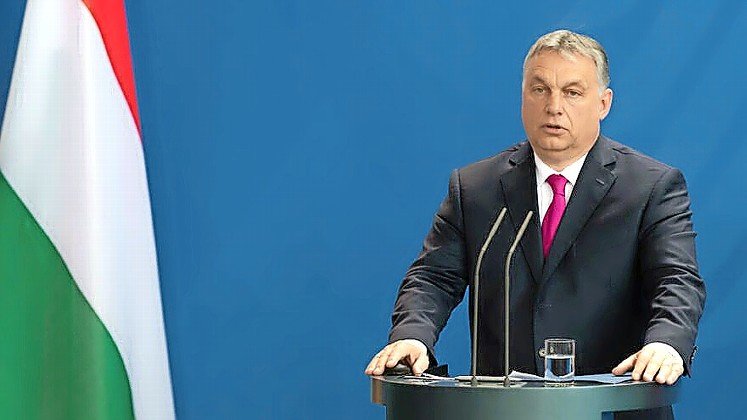 Those who decry Hungary’s Orbán for his party’s past while cheering on Ukrainian nationalism are being inconsistent. It illustrates fallacies about defending both Jews and democracy.”
By Jonathan S. Tobin

Most of the international media interpreted this week’s reelection of Hungarian Prime Minster Viktor Orbán as a loss for democracy, an unfortunate triumph for an authoritarian who has been likened to Russian President Vladimir Putin.

Orbán and his Fidesz Party defeated a multi-party opposition coalition of parties.

Yet some of these assumptions about Hungary, widely echoed in much of the Jewish media, in which Orbán is frequently assumed to be a right-wing anti-Semite or enabler of anti-Semites, should not be blindly accepted. That’s especially true if we are to come to any rational conclusions not only about Jewish security but about how to safeguard democracy in Europe.

A lot of the current discussion about Hungary is seen through the lens of the war in Ukraine. Prior to the start of the war in late February, there were a great many loose comparisons between Orbán’s government and the Putin regime in Russia. That was always misleading, but it’s even more so now that most of the world has recoiled in horror from the illegal and brutal invasion of Ukraine, as well as united around the idea that Russian aggression must be halted.

Like Israel, Hungary has been criticized for sitting on the fence during the war. But that accusation seems to be as unfair as the ones directed at the Jewish state, since Orbán has condemned Putin’s war and his country has taken in as many as half a million Ukrainian refugees.

The conclusions that need to be drawn about the war should not be confused with those about how to counter the rising tide of anti-Semitism that has spread across Europe in recent years. In that context, Hungary is something of a conundrum for Jewish observers.

The country appears to be a relatively safe haven for its Jewish community. As JNS reported last year, a report by the Jewish community there pointed out that anti-Jewish violence is rare in Hungary. Though anti-Semitic attitudes were still disturbingly prevalent, Hungarian Jews appear to be free of the fear that characterizes Jewish life in most of the continent, especially those nations that are otherwise assumed to be bastions of Western liberalism, such as France, Germany, Sweden and even the United Kingdom.

Even though Orbán and his government have repeatedly condemned anti-Semitism, some in his party, which is characterized as right-wing populist and nationalist, have been accused of anti-Jewish hatred. It’s also true that Orbán’s government has, like those of other Eastern European countries like Poland, sought to downplay Hungarian anti-Semitism both before and during the Holocaust.

That sort of revisionism is deeply troubling, but it should be pointed out that those who are quick to condemn Orbán for this have turned a blind eye to the same thing in Ukraine.

Although it is currently led by President Volodymyr Zelensky, who is Jewish, the Ukrainian republic has repeatedly honored Ukrainian nationalists who were guilty of murdering Jews, both in pogroms after World War I and during the Holocaust while collaborating with the Nazis.

Indeed, during the course of his heroic leadership during the current war, which historian Andrew Roberts has characterized as “Churchillian,” Zelensky has been handing out medals for valor called the Order of Bohdan Khmelnitsky.

That name is one that is associated with among the greatest traumas to have befallen the Jewish people.

Approximately 100,000 Jews were slaughtered by Khmelnitsky’s Cossack forces during their rebellion against Polish overlords in 1648 — arguably the worst such crime committed against European Jews in the centuries between the Crusades and the horrors of the 20th century.

For understandable reasons, that is not held against Zelensky, whose popularity since Russia invaded his country scholar Ruth Wisse rightly points to as evidence that Ukraine had undergone a change for the better with respect to the Jews. Yet far less egregious associations with Hungary’s anti-Semitic past are considered proof of Orbán’s bad faith by his Jewish critics.

Part of this has to do with the widespread belief that Orbán’s criticisms of Hungarian-born Jewish billionaire George Soros represent evidence of anti-Semitism. Fidesz is accused of spreading conspiracy theories about Soros, who is a bitter foe of Orbán.

But while some anti-Semites say terrible things about Soros, the notion that all criticism of the leftist philanthropist is anti-Semitic is risible. Soros is the leading funder of left-wing causes and candidates in the United States and elsewhere, including groups that are anti-Zionist and dedicated to smearing Israel as an “apartheid state.”

Indeed, unlike Soros, Orbán is a friend to Israel. Under his leadership, Hungary has been among the friendliest countries in Europe when it comes to the Jewish state. It has voted with Israel in the United Nations, rather than joining the anti-Semitic majority there, and opposed the world body’s efforts to promote Jew-hatred via reviving the Durban Conference’s “anti-racism” agenda.

Many in the West take Orbán at his word when he calls his philosophy “illiberal democracy” and assume that any such approach must be bad for the Jews. Certainly, Hungarian democracy remains far from perfect, and opposition parties have had trouble making themselves heard in a country where the dominant state-run media is controlled by the prime minister and other outlets largely run by those who are his allies.

Still, it’s possible to condemn the situation of the press in Hungary while pointing out that America is also not free from faults. In 2020, a powerful combination of mainstream corporate press outlets and Big Tech companies that control social media and access to the Internet helped to largely silence reporting that pointed to corrupt activities by members of President Joe Biden’s family by calling it Russian disinformation. Today, those same outlets admit it was all true.

One can also take issue with some of Orbán’s “illiberal” ideas without accepting the notion that he is an opponent of democracy.

His main fault in the eyes of most of his European critics is his refusal to go along with the same open-border immigration policies that led to a massive influx of largely Muslim migrants from the Middle East and North Africa into Western nations.

Downplayed by the left is the direct link between Orbán’s tough immigration policies that cut off a surge of people who were bringing the Jew-hatred prevalent in their home countries with them. But the connection between the two cannot be refuted.

Orbán’s opposition to “globalism” is assumed by many to be a dog whistle to anti-Semitism, but his defense of sovereign borders and hostility to multilateral institutions has clearly been good for the Jews.

Orbán’s belief that governments should uphold traditional values about marriage and the family is derided by those who see them as hostile to the LBGTQ community. Whether you agree with his beliefs or not, the prime minister’s point about this issue is to some extent illustrated by the largely disingenuous condemnations of legislation recently passed in Florida that merely seeks to ban the sexualization of education for children under 10.

Most Jews would disagree with him on that. Yet so strong is the hostility to Orbán that many Jews were willing to back the opposition coalition that sought to defeat him, even though its largest component was the openly anti-Semitic neo-Nazi Jobbik Party.

If opposition to “illiberal democracy” requires acquiescence to a government composed of neo-Nazis, then perhaps it’s necessary for liberals to rethink their critique of Orbán. The same may be true of their knee-jerk assumptions about the nationalist philosophy he espouses since it seems to rest on ideas that are both good for the Jews of Hungary and cheered when they are espoused by Ukrainian nationalists.

In a Europe that has been shaken by the impact of mass immigration and then by Russian aggression, Jews do well to worry about their future, as well as that of democracy. But traditional assumptions that the sort of conservative nationalism that Orbán espouses is antithetical to Jewish security should not be blindly accepted.

Just as the Jews have sometimes found friends in odd places, so, too, may the future of democracy be more dependent on those who reject liberalism than some liberals are willing to admit.