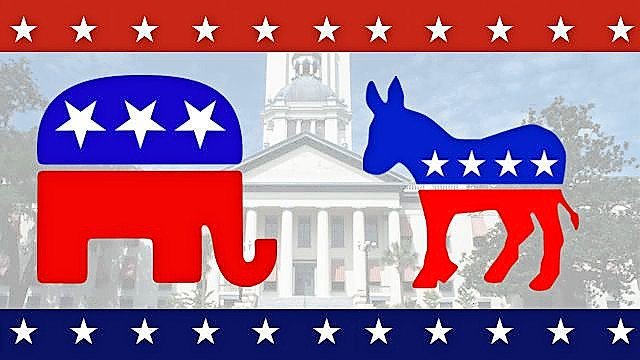 If you’re a Zionist, Israel is bigger than the Democratic or Republican parties.”
By James Sinkinson

The question itself reveals a painful conflict for many Jewish Democrats — as most American Jews are — who take offense when members of their party are accused of slandering Israel.

It’s no surprise that American Jews embrace the Democrat Party and its traditional liberal values — support of civil liberties, protection of minorities (ethnic, sexual and racial), abortion and immigrant rights. Jews inherently sympathize with those who struggle against inequality, because we have suffered from centuries of bigotry and unequal treatment. It’s part of our DNA.

By the same token, most American Jews also wholeheartedly support Israel as the homeland and refuge of our beleaguered people. For decades, the Democratic Party made it easy for Jews to support their liberal values and Israel with no conflict. Indeed, for decades, Democrats in Congress and the White House were among Israel’s most vocal and steadfast advocates.

Unfortunately, in recent years Democrats in high office have made this political calculus more challenging for Jewish Americans. Israel no longer enjoys unqualified support of the Democratic party. Indeed, many elected (and rank-and-file) Democrats express strong — even hateful — opposition to the Jewish state.

For many American Jews, Israel is a peripheral issue. Among their political concerns Israel may rank fifth or sixth or tenth — but not first.

It’s not necessary for Jewish Democrats to leave their party — or vote Republican — just because increasing numbers of Democrats are abandoning their loyalty to the Jewish state. But if you’re a Democrat and you say you support Israel, consider this: Unlike right-wing anti-Semites, it’s leftists whose influence is increasing in Congress, who control academia, entertainment and many mainstream media.

As a lifetime Democrat and passionate Zionist, I left my party when I realized the party had left me. During President Barack Obama’s second term, I understood that despite his lip service to Israel — as well as much tangible support — the party had turned a corner.

This was painfully clear in the waning days of Obama’s tenure, when his administration orchestrated the notorious UN Security Council Resolution that condemned Israeli settlements “in the occupied Palestinian territories, including East Jerusalem,” and called them illegal under international law. US Ambassador Samantha Powers then abstained from voting on the measure, failing to veto it and allowing it to pass.

Suffice it to say, the accusations in that resolution were lies. There are no “Palestinian territories.” There is no “East Jerusalem.” Israel’s communities in its ancient heartland of Judea and Samaria are simply, factually not illegal under international law.

If you’re a Zionist, you support those who support Israel, regardless of party affiliation. This is clearly a bridge too far for many Jewish Democrats, who cannot stomach the thought of cheering the action of any Republican (especially if his name is Trump) on any issue — even if that politician clearly advances Israel’s interests. We see this syndrome no less among some Republicans, who will not praise a Democrat’s good deeds for Israel.

No one says that if you love Israel, you must leave the Democrat Party or vote for a Republican. But if you are a Jew who supports the existence of the one and only Jewish state — unfairly attacked as it is regularly by the United Nations, Arab armies, radical Islamists, woke intersectionalists and increasingly, Democrat members of Congress — you stand up, you protest. You roundly, loudly condemn them.

In other words, if you are a Jewish Democrat who believes in the legitimacy of the Jewish State of Israel, who believes its survival is critical to the survival of our people, you don’t play party politics. You take consistent, principled stands irrespective of party.

That’s what Democratic Rep. Ted Deutch did several months ago when he called out fellow Rep. Rashida Tlaib for defaming Israel after Tlaib falsely accused Israel of being an “apartheid state.” As Deutch said, “When there’s no place on the map for one Jewish state, that’s anti-Semitism.” Would that Senate Majority Leader Charles Schumer and House Speaker Nancy Pelosi had the same fortitude in dealing with fellow Democrats in the “Squad.”

Because if you’re a Zionist Israel is bigger than the Democratic or Republican parties. It takes guts to stand up and chastise a politician in your own party at a town hall meeting, or on the House floor, when he or she is lying about Israel. But that is the price of protecting the Jewish people, and it’s the price of Israel’s future.

Ask yourself: Do you have the courage to do what Deutch did? Will you tell fellow Democrats — at a cocktail party or social justice rally, over dinner, in your workplace — that something is rotten in your party because it fails to condemn Israel’s anti-Semitic enemies in its midst?

That kind of principled action — that kind of courage — is the true test of support for the Jewish people and our precious homeland.

War and peace and the parable of the tribes