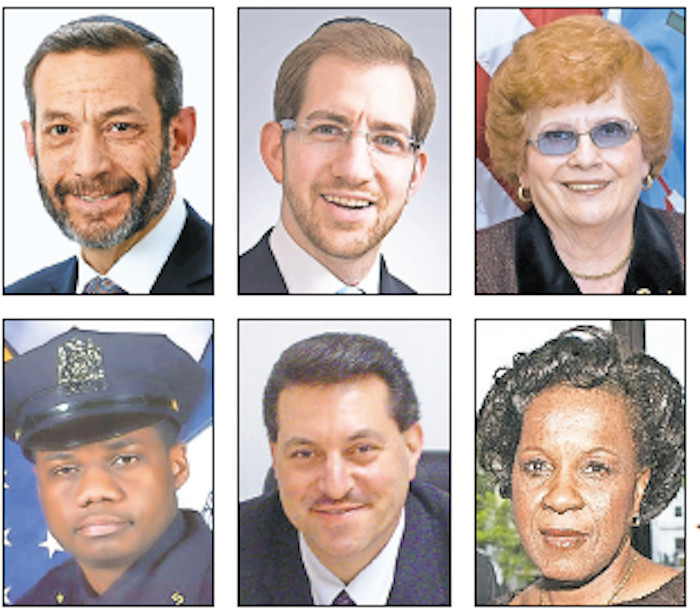 As the annual legislative breakfast for the Jewish Community Council of Rockaway Peninsula (JCCRP) approaches, JCCRP would like to make the community aware of the important individuals who are crucial to JCCRP’s wellbeing. JCCRP works hard to ensure the Rockaways and Five Towns community has a trusted and safe place to come for any and all of their needs. This cannot be done without the monumental efforts of a few select leaders being recognized at the legislative breakfast. The breakfast will be taking place at the White Shul, 728 Empire Avenue in Far Rockaway, this Sunday, March 20, at 9:30 am.

The State Legislative Leadership Award will be presented to Senator Joseph P. Addabbo for his superb efforts on the behalf of JCCRP and the entire Queens community. Senator Addabbo consistently works closely with JCCRP. Most recently, he has been instrumental in assisting JCCRP to spearhead and coordinate the partnership between numerous Queens agencies to form the Queens Jewish Poverty Coalition. This effort assists all agencies in better serving the broader borough of Queens. The Senator and his staff have assisted constituents with problems involving housing, health, transportation, taxes, education, military, public safety and more, including efforts as a member of the Senate Bipartisan Task Force on Hurricane Sandy, to aid those affected by the superstorm.

JCCRP is pleased to present the Hakaras Hatov Award to StaffPro, accepted by managing director David Greenbaum, for outstanding service to JCCRP and the entire community. When Greenbaum brought StaffPro services to JCCRP in 2014, JCCRP was going through a trying transition after a restructuring with its human resources provider. StaffPro stepped in and offered an amazing solution and Greenbaum went above and beyond the call of duty. As a result, JCCRP is now able to provide services on a much larger scale.