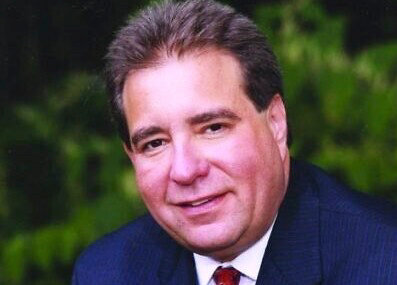 The High Holidays is a time of deep spiritual reflection and introspection. This year, obviously, demands it even more. As I take stock of the year that was, several unusual occurrences stand out to me.

In mid-April, I received an unexpected call from the head of the Eshkol Community Center, Michal Uziyahu. New York had just experienced more than 11,500 new COVID-19 cases in a day, and the world was in flux. Michal and I speak regularly, so it wasn’t her call that was unexpected. Rather, it was her message.

Israel’s Eshkol Region is located along the borders of the Gaza Strip and Egypt, and for years has been battered by rockets and missiles — first from Egypt before the 1979 peace treaty and then from Gaza after 2005 when Israel withdrew. If you want to know what resilience looks like, you only need to watch a clip of Michal talking about daily life in the region to understand what she means when she says, “life here is 99 percent heaven and 1 percent hell.”

Michal said to me, “Russell, I am watching what is happening in America, and I’m calling to see if we can help. Unfortunately, we know how to deal with stress and anxiety better than most, and perhaps we can provide advice and guidance to Jewish National Fund-USA’s supporters who have given us so much over the years?”

It never occurred to me that we would be in a situation where Israelis living on the border with Gaza would be calling us to offer support and advice on how to deal with stress. Unexpected? Yes. Surprised? No. We have always said that we are here for them, and they are here for us. We give each other strength and now, more than ever, our unbreakable bond became even stronger.

Just days later, there we were, hundreds of Americans on a Zoom call with one of the therapists from the Eshkol Resilience Center, learning from them how to deal with anxiety and stress. The world never felt closer. We were one.

A few weeks later, our vision of bringing 800,000 Israelis to the north and south was turning into reality at a pace we could only ever have dreamed about as I read reports about tens of thousands of Israelis looking to leave Israel’s crowded central cities for the wide-open plains of the Negev and rolling green hills of the Galilee.

For the past seven years, we have been implementing our One Billion Dollar Roadmap for the Next Decade. With more than $711 million raised to date, the latest influx of new residents to the north and south will find great schools, green parks, large recreation facilities, modern infrastructure and world-class medical centers, ensuring that they can enjoy a quality of life equal to, or better than, any of Israel’s larger central cities.

As someone who was traveling to Israel every other month before the pandemic, I truly miss the invaluable face-to-face meetings with our affiliates and the thousands of Israelis who benefit from our philanthropic investments. I miss visiting the greenhouses and fields of Halutza, and hearing about a new type of vegetable they’ve developed. I miss talking to the young Israelis in Beersheva who started their first job out of college, thanks to the JNF-USA’s Lauder Employment Center. And I miss seeing the faces of the Special in Uniform participants who just learned a new skill that will enable them to join the workforce after their volunteer service with the Israel Defense Forces.

As we continue to navigate through these uncertain times, it is people like Michal Uziyahu who gives me hope. If they can continue to be the epitome of life and living, then surely, we owe it to ourselves to never give up on the realization that our best days are yet to come — in Israel, the United States and around the world. As long as we remain united, we will remain together forever.