How Israel views the Russian-Iranian alliance 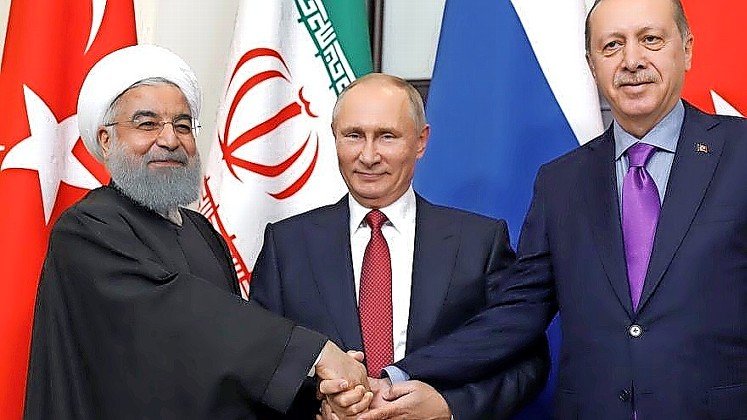 Israel may regard the alliance as a marriage of convenience rather than a historic fusion of Greater Russian chauvinism with Shi’a millenarian fanaticism.”
By Ben Cohen

It is perhaps a measure of Israel’s elevated stature in the world that its newly elected right-wing government is under scrutiny not just for its domestic policies and its approach to the Palestinians, but its foreign policy as well.

The last week has witnessed an enormous amount of speculation over which path Benjamin Netanyahu’s coalition will follow with regard to Russia’s brutal aggression against Ukraine.

•Some believe that the new government will break with every policy of the previous government with the exception of Ukraine, by retaining an extensive humanitarian aid operation, voicing political support for the democratic government in Kyiv, but refusing to supply the Ukrainians with the weaponry they are clamoring for.

•Others believe there is a chance that Israel might arm Ukraine after all, citing Netanyahu hinting at the possibility in an interview with MSNBC last October. (In the interview, he also said that “there is always the possibility — and this has happened time and again — that weapons we supply in one battlefield end up in Iranian hands, used against us.”)

•Still others believe that Netanyahu’s return signals a realignment with the regime of Russian President Vladimir Putin, whom he described in his recently published book “My Story” as “smart, sophisticated and focused on one goal — returning Russia to its historical greatness.”

All of these options are more or less plausible. And they are being debated in a febrile context defined in military terms by ongoing sledgehammer Russian strikes against Ukraine’s civilian infrastructure using Iranian-manufactured Shahed-131 and Shahed-136 drones, and in political terms by the appointment of a new Israeli foreign minister, one of whose first acts was to do what his predecessor refused to do, in speaking by telephone with his Russian counterpart Sergei Lavrov.

Israeli Foreign Minister Eli Cohen is doubtless aware of Lavrov’s vile comments last April, when he opined that Adolf Hitler had “Jewish blood” and lambasted Israel for supporting the “neo-Nazi” government in Kyiv. He will also know that Lavrov visited Tehran last June for talks that were officially focused on reviving the 2015 nuclear deal, but which also covered the more pressing issues of military and intelligence cooperation five months into the Ukraine invasion. Within a few weeks of Lavrov’s depar         ture from Iran, the first of the nearly 2,000 attack drones delivered to Moscow by the ruling mullahs had arrived and were being deployed to devastating effect against Ukrainian targets.

The Russian Foreign Ministry’s readout of the call between the two ministers was predictably general, though it did contain some interesting nuggets, such as Lavrov’s chutzpah-drenched appeal to Cohen to reconvene a joint Russian-Israeli commission to examine trade relations at a time when most western nations are intensifying sanctions against Putin’s regime.

Meanwhile, what Cohen made of the conversation is not a matter of public record. All he has said so far is that the new government will “speak less” in public about Ukraine, which can be interpreted as a worrying sign of indifference, but which might also suggest that if Israel does assist Ukraine’s military in beating back the invaders, it doesn’t want this fact advertised, given the Russian military presence next door in Syria.

Throughout its existence, Israel has followed a realist foreign policy which, as a means of thinking about the world, places less emphasis on morally sound outcomes and far more on states pursuing their own interests, even if that means making deals with abusive, authoritarian regimes like Putin’s. For realists, shared ideas and ideological alignments between states are subsidiary concerns, whereas what drives alliances are the achievement of immediate material goals.

My sense is that Israel regards the Russian-Iranian alliance as a marriage of convenience rather than a historic fusion of Greater Russian chauvinism with Shi’a millenarian fanaticism. In other words, in Israeli eyes, Tehran is allied with Moscow because both are in conflict with the US for different reasons, and that fact is far more important than any ideological overlaps between them.

The reasoning that drives Tehran’s embrace of Moscow, therefore, is very different from the reasoning that drives its support for Iranian terror proxies in Lebanon, Syria, Yemen, Iraq, Gaza and elsewhere in the Middle East. From an Israeli perspective, Russia is aligning with Iran because it makes sense to do so at this juncture in history, and not because they share a common vision of what society should look like (even if they do share numerous ugly traits, among them a pathological loathing of homosexuality and a determination to persecute the LGBTQ+ community to the fullest extent possible).

If this is indeed the Israeli calculation, there is some analytical merit to it. Iran’s rhetoric on Ukraine has been fairly anodyne, supportive of the Russian position but without the venom that distinguishes its attacks on Israel and the US. And in the last few days, several Ukrainian officials have remarked that Iran is reluctant to add ballistic missiles to the drones it is sending the Russians, pointing out with some satisfaction that Tehran is petrified of the western response if it matches its Shaheds with Zolfighar and Fateh-110 missiles.

One Ukrainian defense analyst, a former commander of a combat unit, even argued that the deployment of Iranian missiles would constitute a casus belli for Israel, resulting in a 180-degree turn in Jerusalem’s policy of providing humanitarian, not military, aid.

As of now, however, Israel’s Ukraine policy is largely unchanged.

Last Thursday, Mykhailo Podolyak, a top adviser to Ukrainian President Volodymyr Zelensky, said that Netanyahu could be an “effective mediator” between Kyiv and Moscow, a role the US State Department has confirmed it would not be opposed to as long as “the terms of this effort are acceptable to our Ukrainian partners.”

An Israeli prime minister delivering a peace agreement to end a war in a different region of the world would certainly be an unprecedented development. Depending on the outcome, it could also be one that enhances Israel’s reputation as an international actor.

By the same token, an Israeli position overly influenced by Russian demands would result in disappointment and potential condemnation in Ukraine, the US and most European capitals. The stakes could not be tougher.

At minimum, Israel needs to regard Ukraine’s territorial integrity and the imperative of expelling the Russian occupiers as red lines in this conflict. That, in any case, is its current stance. If a mediating role requires a softening of that position, better to not take it on in the first place.