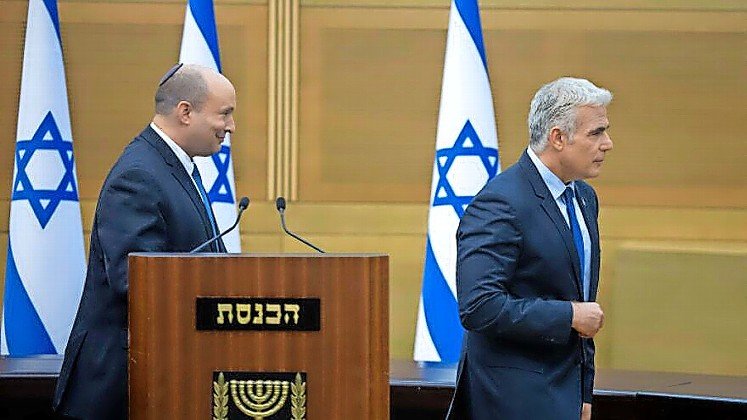 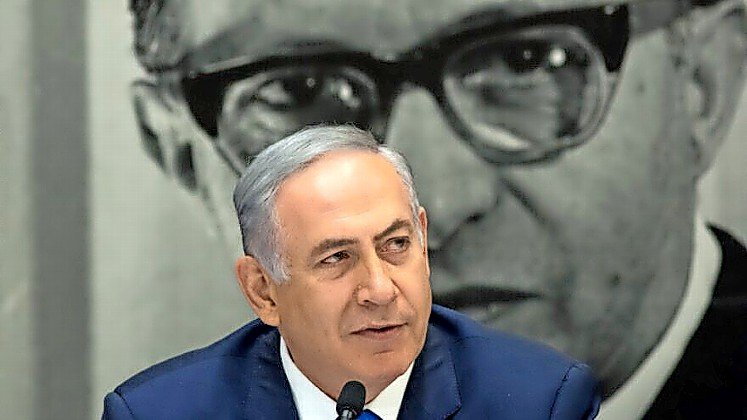 Israel appears set to head back to the polls in late October, just after the High Holy Days, for its fifth election in three-and-a-half years.

Alternate Prime Minister Yair Lapid would become transitional prime minister with limited powers, replacing Naftali Bennett until a new government is formed after elections. In this role, Lapid would meet with President Joe Biden during Biden’s scheduled visit to the region in July.

It is possible that Netanyahu — who controls a bloc of 55 members — may be able to form a right-wing coalition within the existing parliament. If he convinces six members of the current coalition to join, Netanyahu could form a government and avert new elections, but there is no assurance he will be able to do so.

How was this government formed?

Netanyahu’s Likud Party received 30 seats in the last election — 13 seats more than the next largest party, Yesh Atid, led by Lapid. Despite the landslide, parties that agreed to serve in a Netanyahu-led government, which at the time included Yamina, secured 59 votes, two short of a majority. Zionist parties opposed to Netanyahu totaled 51 seats.

Once Netanyahu proved unable to form a government, Lapid cajoled Bennett to desert the right-wing bloc and offered him the seat of prime minister as part of a rotation arrangement. Bennett agreed to become prime minister, despite winning only seven mandates in the previous election.

Lapid and Bennett then convinced the Islamist Ra’am Party to join the coalition. Ra’am participation represented the first time an Arab party had joined an Israeli coalition.

From the outset, it was clear the coalition was destined to fail. Immediately after its formation, Yamina Party member Amichai Chikli announced that he would not vote with the government.

Chikli cited the promises he and Bennett had made to their voters in advance of the elections. Bennett repeatedly told voters it would be undemocratic for a Knesset member to become prime minister with less than 10 mandates, yet Bennett had seven. Bennett also signed a piece of paper that he brought into an Israeli evening news program stating that he would not join any Lapid-led government “with a rotation or without a rotation” because “I am right-wing and [Lapid] is left-wing.” Many right-wing voters supported Bennett on the basis of those promises.

In April, another member of Yamina, Idit Silman (the Knesset’s coalition whip, responsible for ensuring bills would pass in the parliament) caved to right-wing pressure and announced that she was resigning her post, at the time urging the formation of an alternative right-wing government.

Last week, Yamina member Nir Orbach also announced he would no longer vote with the government. Fellow Yamina member Abir Kara has also been rumored to support a Netanyahu-led regime.

However, it was not only the right-wing that was opposed to sitting together with members of Israel’s left-wing and Islamist parties. Blue and White’s Michael Biton announced that he would not vote with the government over various transportation reforms that bypassed the Knesset committee he led. Far-left Meretz-party member and Israeli Arab Rinawie Zoabi announced her resignation from the coalition in mid-May, only to be convinced to rejoin a week later. In early June, Ra’am Party member Mazen Ghanaim announced that he would no longer vote with the coalition.

Left without a majority and needing to put out political fires on nearly a daily basis, Bennett and Lapid recognized the inevitable: the ideologically diverse coalition could no longer limp along.

The “change coalition” was motivated by a single unifying factor: a desire to replace Netanyahu after 12 years in power, motivated in large part by criminal trials against Netanyahu.

The nation never chose Lapid, who could not have formed a government without right-wing defectors. And the nation certainly did not choose Bennett, who leaves his post with the backing of only four party members..

Bennett and Lapid argued that the partnership of strange bedfellows was necessary to get Israel out of its electoral gridlock and provide political stability. But the coalition failed to deliver from the get-go. Ultimately, the desire to keep Netanyahu out of office was not enough to sustain a group that agreed on little else together.

While Bennett and Lapid continuously stressed how successful the government was, there have been few accomplishments. For months, the primary accomplishment repeated over and over was the passing of a state budget, a low bar and bare requirement for any coalition. Failing to pass a budget is an automatic trigger for elections.

In recent weeks, Bennett has repeatedly spoken about how safe the country has been during his year in office with only seven rockets fired from Gaza just a year after 4,500 Hamas and rockets and Israel’s retaliatory “Operation Guardian of the Walls.” Yet Bennett has failed to mention the dozens of terror attacks in Israeli cities in recent weeks, the deadliest terror wave since 2014.

What the coalition succeeded to do was bring every member of Israel’s left wing from the backbenches of the opposition into seats of power.

Bennett had little discipline over his cabinet. While he remained silent, Bennett’s partners worked to bring Israel back toward a path of negotiations with the Palestinian Authority. This despite the PA’s continued funding of terrorists via their abhorrent “pay for slay” program and terror incitement across all sectors of Palestinian society. Several members of Bennett’s government met PA leader Mahmoud Abbas on multiple visits in Ramallah, and Israeli Defense Minister Benny Gantz even hosted Abbas in his home in Rosh HaAyin, the first time Abbas visited Israel in more than 10 years.

The government circumvented an Israeli law designed to prevent tax and customs transfers to the PA on the basis of the terror financing, by instead “loaning” 600 million NIS (nearly $175 million) in funds to the PA with the withheld transfers being used as collateral in case the PA later failed to pay the loans.

Lapid, for his part, initially agreed to allow the United States to reopen a US Consulate to the Palestinian Authority in Jerusalem that was shuttered when the previous administration fulfilled the Jerusalem Embassy Act in 2018, which codified a unified Jerusalem as the official capital of the Jewish state according to US law. It took a massive pressure campaign on right-wing members of the government, including on Bennett and Gideon Sa’ar, to prevent the consulate’s reopening.

As Foreign Minister Lapid also caused significant damage to Israel’s critical relationships with Russia, China and Poland, though he claimed he dramatically improved Israel’s diplomatic standing. Just last week, he partnered with left-wing Culture Minister Chili Tropper to join Israel into the EU’s Cultural Program — a program that refuses participation of Israelis living in Judea, Samaria or the Golan Heights, effectively a form of anti-Israel BDS.

During a pandemic, Israel’s Health Minister found time to enact progressive reforms making it easier for women to get abortions, for same-sex couples to adopt children via surrogacy and to ease the process for gender-transition surgeries to be performed in Israeli hospitals.

Celebrating the announcement that the Knesset would be disbanded, Netanyahu said in a statement that “it is clear to everyone that the worst government in Israeli history has come to an end.” He noted that the announcement was preceded by a year of “determined struggle by the opposition in the Knesset and great suffering by the Israeli public.”

In its place, Netanyahu has pledged to form a “wide, national government headed by Likud.”

Despite Bennett and Lapid’s announcement that they intend to disband the parliament and take the nation to the polls for the fifth time in three-and-a-half years, Netanyahu may be able to form an alternative right-wing coalition within the existing parliament. He currently controls a strong bloc of 55 members. If he can convince six members of the current coalition to join, he can form a government and avert new elections.

The possibility that Netanyahu might form an alternative coalition within the existing parliament and thus avoid a new election is strengthened by recent poll numbers showing that the right-wing six-member New Hope Party ,led by former Likud party stalwart and Netanyahu-challenger Sa’ar, would fail to pass the minimum Knesset threshold if new elections were to be held today. Bennett’s own right-wing Yamina Party is performing poorly in the polls, and there is a strong possibility that his party may implode before an election would be held.

Yamina members reportedly were not informed ahead of time of Bennett’s intention to disband the government, and several party members would gladly fulfill the promises they made to their voters and serve in a right-wing government.

By joining a Netanyahu-led government, Bennett, Sa’ar or even Gantz could help the nation avoid yet another election and receive high-ranking ministerial portfolios in the process.

A strong center-right government would fulfill the will of an electorate that’s tired of the polls and wants those elected to do their jobs without the politics. If not, Israel will head back to the polling stations to try to end the electoral deadlock themselves.

And while Israelis and onlookers around the world may scoff at Israel’s political dysfunction, at least the mandate is returning where it belongs: to the people — a sign of a robust democracy.