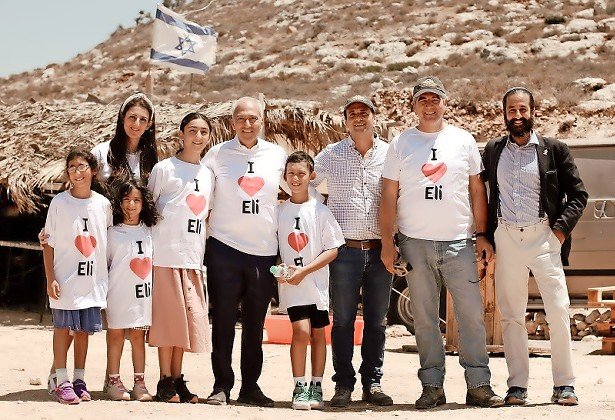 Mayor of Eli Ariel El-Maliach (third from right) and Mayor of Great Neck Dr. Pedram Bral (fifth from left) with family and friends in Israel.

The mayor of Great Neck has signed a Memorandum of Friendship with the mayor of Eli, a town in the Binyamina Region of Samaria.

Bral is organizing a coalition of mayors from around the United States to support other communities in Judea and Samaria, and to combat pro-BDS actions.

“There is a lot of hard work to be done in order for President Joe Biden and his staff to change their approach to Judea and Samaria,” said El-Maliach.

The two mayors discussed joining forces to fight BDS, and working together on projects including regional security systems in the northern Binyamin area.

They also talked about establishing a center for emergency medical services for the residents of Eli and nearby towns. At present, women in the Eli area who are in labor often travel an hour away to a hospital in Jerusalem or Petach Tikvah to give birth.