Get it right, Twitter! Here’s how Musk should define antisemitism 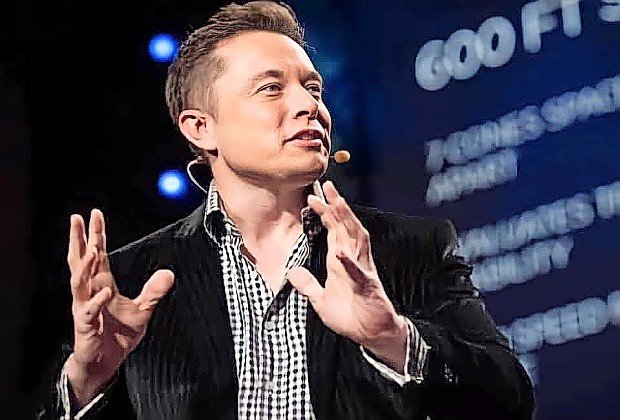 “Jewish users are subject to unrelenting harassment on Twitter,” said the letter, signed by groups such as StopAntisemitism, The Lawfare Project, Students Supporting Israel, the Zionist Organization of America, B’nai B’rith International, Christians and Jews United for Israel, and Endowment for Middle East Truth. “Twitter’s guidelines should afford protection to Jewish Twitter users from antisemitic content and harassment.” Saying that “to fight antisemitism properly, it must be defined,” the letter proposed the IHRA definition as a “guiding tool to stymie the spread of Jew-hatred.”

According to the IHRA website, 38 countries including the US, along with a wide range of political entities and regional, state and local governments, have adopted the IHRA Working Definition.

“Every day on social media we witness antisemitism, masked as anti-Zionism, being used to vilify the Jewish people and nation without repercussion,” Liora Rez, executive director of StopAntisemitism, told JNS. “Adopting IHRA prevents this vilification and isolation of Jews as a collective.”

She said Twitter’s adoption of IHRA’s definition would help StopAntisemitism remove “hateful and violent accounts,” offering as an example that of Within Our Lifetime (WOL), a New York City-based anti-Israel group that promotes events that incite to violence and where “Jews end up in the hospital.”

According to the letter, “The situation has deteriorated so markedly that in July 2020, Jewish users staged a mass 48-hour walkout of the platform to encourage Twitter to act more forcefully against anti-Jewish harassment. Yet less than a year later, during the Israeli Operation Guardian of the Walls in May 2021, #HitlerWasRight was tweeted approximately 17,000 times in one single week.”

More than 1,000 antisemitic tweets were attached to the letter as evidence.

Gathering that data fell to CyberWell, “the world’s first live database of online antisemitism,” a non-profit launched this year.

“The content that we monitor, vet and report to social media platforms is all categorized according to the 11 principles of the IHRA Working Definition. … So it was a perfect fit,” the founder and executive director of CyberWell, Tal-Or Cohen, said.

Social media platforms are major purveyors of antisemitic content, Cohen said. Unfortunately, addressing the problem is not a priority for the platforms. She points to research consistently finding that antisemitic content is left online 80 percent of the time.

One reason for social media executives’ lack of interest is that the Jewish community is small. Initiatives such as the one calling on Twitter to adopt the IHRA definition, initiatives that unite groups, are the answer, she said. “We have to think of ways to unite and collaborate and really leverage data in order to make sure that our voices are heard.”

Social media platforms “don’t make it easy” to monitor what’s happening online, Cohen added. Twitter in particular “has a reputation for being terrible in terms of cooperation with us, specifically on the issue of antisemitism and hate speech.

“Twitter has one of the most accessible platforms that you could technically monitor, and they make that information available to private companies, advertisers and what’s called social listening technologies,” she said. “The second you want to access that information to look at what kind of hate speech and what kind of antisemitism is permeating throughout the platform, Twitter will block that. They will not let you sit on their data and see that information.”

Conrad Myrland, CEO of Med Israel for fred (“With Israel for Peace”), a pro-Israel Norwegian group that is a signatory to the letter, told JNS that he’s encouraged by the large number of groups that have joined the initiative and hopes that with the advent of Musk, there will be changes for the better at Twitter when it comes to monitoring antisemitic content.

Myrland said that adopting the IHRA is the right first step. “The definition offers very relevant examples of how certain expressions can have antisemitic effects. As we say in the letter, this kind of communication can be marked — for example, warning it’s antisemitic content or media in the way social media companies warn against misinformation. I think that would really be an improvement of Twitter,” he said.

From his own experience, the newer the platform and the younger its users, the higher the level of hatred and antisemitism. “In the early years of Facebook, it was a big problem for us,” he said of his group, which boasts 12,000 members in Sweden, Denmark, Iceland and Norway.

“Two months ago, we started a TikTok channel and we’ve seen a lot of antisemitic, anti-Israel comments there on the videos,” he noted.

He said there’s a difference in how antisemitism is expressed in Norway versus other countries. “Antisemitic groups and personalities are certainly more organized and open in the US, for example, than what I see in Norway. In Norway, a lot of antisemitism is hidden behind demonization of the Jewish state.”