For Israel to be safe it must bury Oslo delusion 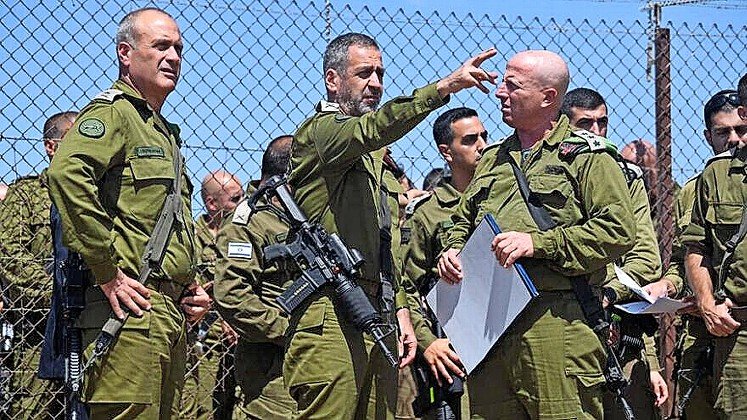 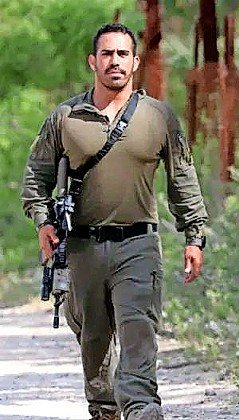 The death of an IDF officer last week proves that reality is what matters, not the Israeli elite’s fantasies.”

There is not one Palestinian leadership faction that advocates against terrorism.”
By Caroline Glick

The Deputy Commander of the IDF’s Nahal Reconnaissance Unit, Maj. Bar Falah, was killed last week when two Palestinian terrorists, one an officer in the US-funded and trained Palestinian Authority security services, opened fire on Falah and his soldiers. Falah’s soldiers returned fire and killed the two men.

Falah’s tragic death must precipitate a national reckoning with hard but obvious realities.

Major Falah and his soldiers were positioned by the Jalameh checkpoint in northern Samaria, close to the city of Jenin, which has been the hub of Palestinian terrorism, directed by Iran through its proxy Islamic Jihad for much of the past year. Jalameh is located adjacent to the checkpoint, which regulates traffic from northern Samaria crossing the 1949 armistice line.

Earlier that day, Palestinian terrorists had opened fire on IDF engineers carrying out work on the separation barrier, which blocks Palestinian terrorists from infiltrating Israeli population centers. That shooting was part of a steep rise in Palestinian terror attacks over the past several months. Earlier last week, Itamar Cohen, an Israeli shepherd, was attacked by a lynch mob of Palestinians and critically injured by the long curved blade of a scythe near the Maon Farm in the South Hebron Hills.

Shin Bet Director Ronen Bar said that terror attacks have risen 30 percent over the past year. In the past month alone, Palestinians carried out 70 shooting attacks and hundreds of firebomb and rock assaults against Israelis in Judea and Samaria. Terror has also risen in Jerusalem and throughout the rest of the country.

In other words, when Falah and his soldiers identified two suspicious men crouching near their position, they had every reason to assume that they were terrorists planning to attack them. And they did. But the IDF’s high command reportedly rejected their assessment.

Speaking to Channel 14’s military correspondent, one of Falah’s soldiers said they had identified the two men two hours before the exchange of fire. First, they asked to launch an armed drone against the two, but the regional brigade commander rejected their request, arguing that it wasn’t clear they were armed.

According to Falah’s soldier, Falah later requested permission to deploy an armored car towards the two suspects to ascertain if they were armed. The brigade commander rejected this request as well. Instead, he ordered Falah and his soldiers to engage the two suspects as if they were unarmed and arrest them. When Falah and his soldiers approached the two and initiated arrest procedures, they opened fire and killed Falah.

It isn’t hard to understand why the brigade commander was unwilling to approve Falah’s request and instead surrendered the initiative to the terrorists, with devastating results. Reality on the ground is not the primary determinant of IDF operations.

This point was driven home on the day of the shooting during a lecture by the Commander of IDF Military Intelligence, Maj. Gen. Aharon Haliva. Speaking at a counter-terror conference at Reichman University, Haliva made two statements — one in relation to Lebanon, and the other in relation to the Palestinians — which revealed the conceptual framework that guides General Staff and senior officer corps decision-making.

Regarding Lebanon, Haliva said, “I’m convinced that Lebanon would be part of the Abraham Accords, were it not for Hezbollah.”

Unfortunately, Haliva’s claim is wrong. Indeed, it is preposterous. Hatred of Israel is often the only thing that unites the Lebanese as a people. No one in power in Lebanon has the slightest interest in good relations with Israel. More importantly, if there were someone like that, he would never say a kind word about Israel publicly, because it would get him killed.

To be clear, with all due sympathy to the Lebanese, they lost their country 17 years ago, when Hezbollah killed former Prime Minister Rafik Hariri, got away with it, and then swallowed the government and the military over the next three years. Lebanon hasn’t existed as an independent or in any way coherent state since 2008, at the latest.

Yet the notion that there is a real country called Lebanon, and that it can serve as a counterweight against Hezbollah, is the animating concept of the Lapid-Gantz government, in part because the Americans demand that Israel live by this utter lie. In service of this lie, Israel is currently engaged in US-mediated negotiations with “Lebanon,” regarding the surrender of a significant portion of Israel’s economic waters to that fictional country.

If the deal is finalized, thanks to Israel’s belief in the fairytale of “Lebanon,” Hezbollah/Iran will become an actor in the Eastern Mediterranean and be positioned to gain billions in revenues from the Qana gas field, over which Israel is effectively surrendering its ownership in favor of Hezbollah/Iran.

This brings us to Haliva’s statement regarding the Palestinians, and the escalating terror attacks now being carried out from Judea and Samaria. Haliva’s remarks focused on the power struggle now unfolding as anticipation rises that ailing 87-year-old PA chief Mahmoud Abbas will soon be dead.

Haliva contended that, as the power struggle to succeed Abbas develops, “It is a Palestinian interest to diminish the terror and to stabilize the situation in the PA, and that is also an Israeli interest.”

Here too, the “Palestinians” Haliva is referring to are impossible to find. There is not one Palestinian leadership faction that advocates against terrorism. Abbas certainly doesn’t. Every single Palestinian faction and entity from the PA to Hamas to Islamic Jihad and Fatah is actively engaged in terrorism against Israel. Abbas has lately intensified his open support for terrorism and his refusal to cooperate with Israel to quell terrorism.

Likewise, flush with a half-billion dollars, courtesy of the Biden administration, Abbas is intensifying his diplomatic war against Israel. He is expected to throw out the Oslo peace agreements when he speaks before the UN General Assembly and request that the anti-Israel body accept “Palestine” as a full member state.

So, the first half of Haliva’s statement was totally wrong — the Palestinians do not think that their interest is served by diminishing terrorism — and the second half was also completely wrong. Israel has no interest at all in strengthening or stabilizing the PA. To the contrary. It is to Hamas and Islamic Jihad what the Taliban is to Al Qaeda. It is Israel’s enemy, not its partner — as the Palestinian security officer who killed Falah ably demonstrated. By legitimizing the PA, Israel legitimizes the PA’s war against it.

Haliva is not alone in his delusions. They are shared by the IDF General Staff. And just as importantly, they are shared by the Lapid-Gantz government, which never saw a Biden administration demand it didn’t bow before. And after the administration compelled the government to compel the IDF to take responsibility last week for Shireen Abu Akleh’s death in May during a gun battle between the IDF and Islamic Jihad terrorists, Biden’s team in Washington and the US embassy in Jerusalem have escalated their pressure.

Last week the State Department and the White House demanded that Israel change its rules of engagement to give terrorists more leeway to attack in Judea and Samaria. According to Haaretz, the embassy is going a step further. It is carrying out “investigations” of specific IDF battalions it believes are too “aggressive” in fighting Palestinian terrorists.

In a maddening bit of historical irony, Falah was killed and Haliva gave his reality-defying, Biden administration-friendly speech on Sept. 13, 2022 — the 29th anniversary of the official launch of what became known as the Oslo Accords. Israel’s official embrace of fantasy over reality began that day in the White House Rose Garden, when then-Prime Minister Yitzhak Rabin locked hands with the architect of modern terrorism, PLO chief Yasser Arafat, with a beaming President Bill Clinton standing behind them, pushing them together for a photograph.

The Oslo peace process was based on the idea that, despite all evidence to the contrary, Arafat and his PLO had abandoned terrorism and were willing to live in peace with Israel. Israel agreed to import Arafat, his deputies and his terror armies to Gaza and parts of Judea and Samaria, and give them autonomous rule over the Palestinians. The idea, which had no basis in reality whatsoever, was that the PLO would fight terrorists on behalf of Israel. And if they failed to do so, it wouldn’t be because they were still the terrorists they had always been. It would be because Israel wasn’t giving them enough power.

None of this made a bit of sense at the time. And at no point in the intervening 29 years were these absurd notions borne out by events — quite the contrary. Reality has always reigned supreme. And due to reality, some 1,700 Israelis have been killed since 1993 by Palestinian terrorists.

Moreover, 29 years after Israel first legitimized the PLO, Israel’s diplomatic standing is hanging by a thread. Not only did Arafat and Abbas never go to war against Hamas, from the outset Fatah and Hamas have cooperated in their joint war against the Jews, even as they compete for public support.

Palestinian terror groups like Hamas have been transformed from tactical challenges into strategic threats. Their missiles are capable of reaching nearly every point in Israel. And their influence over Israel’s Arab citizens has made the prospect of a fifth column in war a distinct threat that Israel is ill-prepared to contend with.

In the countries most obsessed with preserving Oslo — including the US — Jews are attacked in the streets for daring to support Israel.

But for 29 years and counting, Israel’s elites have refused to hear about it. As far as the political left, the IDF generals and their friends in the media are concerned, the problem was and remains the enemy within. Not Arab Israelis who support the annihilation of Israel, but Israelis who insist that reality is what matters, and that enemies have to be defeated, not stabilized and empowered, legitimized and enriched.

Today, 29 years after the Oslo delusion became the official policy of Israel’s elites, and as we bury its latest victim, we must bury the delusion with him. Israel will only begin the journey back to safety and strategic sanity after Oslo is abandoned.