Curious about almonds in winter? Read this. 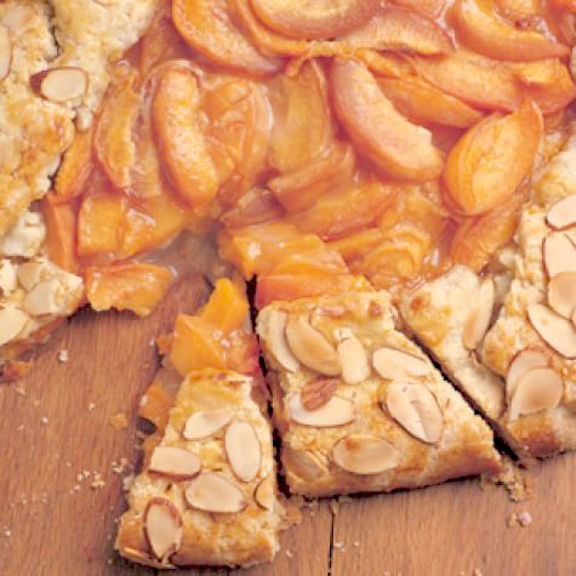 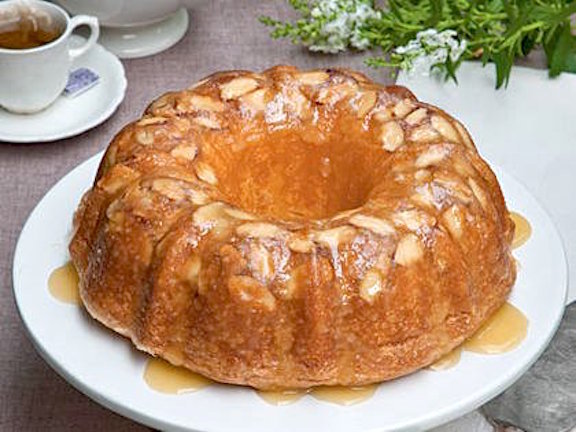 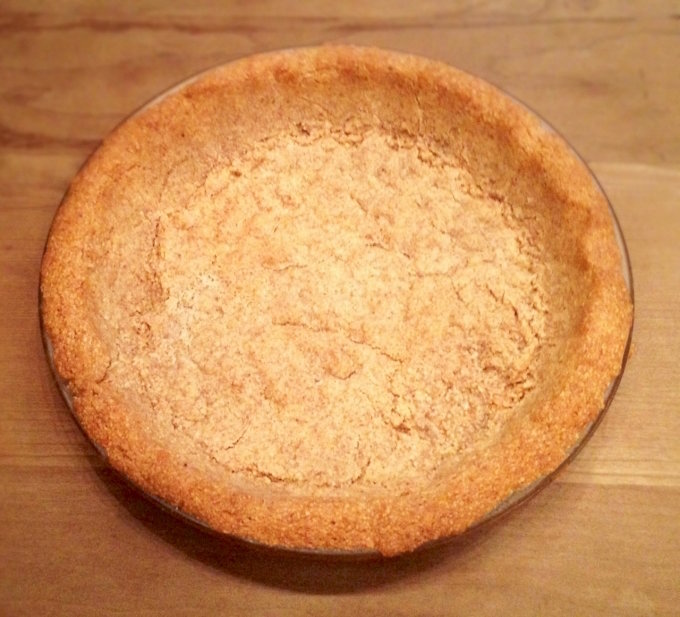 Once upon a time, almonds, those delicious, sweet nuts that hold a very prominent place in our cuisine, were poisonous and inedible. They contained a chemical called amygdalin which allowed the nut to produce enough cyanide to kill anyone who ate enough of them. That chemical is no longer found in the nuts we eat — well it is, but in such tiny amounts as to be no problem at all.

So why and how did the almonds change from killer to dessert?

At some point in ancient time, a genetic mutation in a single gene in the almond turned off the nut’s ability to produce amygdalin. No amygdalin and no cyanide.

After that, the rest is simple. These new sweet, edible, almonds may have first shown up in Iran thousands of years ago. They traveled throughout the Middle East where they could easily grow, and then traded along the China Silk Road trade routes.

Almonds became so plentiful that they are mentioned at least 10 times in the Torah. The first time is in Genesis 43:11 when Jacob, in an apparent attempt to curry favor with the ruler of Egypt, orders his sons to take some of the “best products of the land, including almonds.”

Soon, people were planting almond trees everywhere because they grew easily, produced copious amounts of the edible nut and, so became the world’s first domesticated fruit tree. Almonds could be used for trade and were a nutritional powerhouse which could provide protein and fat — both necessary for good health.

Today, almonds are grown almost worldwide, but the US provides 46 percent of the world’s crop at over 2.25 billion pounds annually. The only thing needed for a great crop is good pollination, but there is the problem. The collapse of bee colonies has taken a toll on almond production. As a result of colony collapse, almond pollination has become the largest managed pollination event in the entire world. Thousands of beehives are rented from 49 states in the country and brought to the almond groves. These bees pollinate the trees and then go back to their owners, once the job is done.

In response, scientists have developed a new strain of self -pollinating almond trees. While the process works, it only produces about a 32 percent return on viable nuts. Work is still being done to help solve this problem.

Almonds hold a special place in our cuisine and in our culture. The little nut even made it to a lullaby, Roshinkes mit Mandlin, that, long ago, every Yiddishe mama sang to her children. My grandmother cooked with almonds and I am sure her mother did also.

Almonds found their way to weddings in all cultures were they were given to the bride and groom to symbolize fertility. For decades, Jordan almonds were served at every Jewish wedding my parents went to. They are even seen in pictures at their 1947 wedding! My mother claimed they were a required part of Jewish weddings. (Not true —just tradition, or maybe superstition!)

Often they were given as little gift bags in groups of five to symbolize, health, happiness, wealth, longevity and fertility. Not being particularly superstitious, I declined the Jordan Almonds. However, lo and behold, there they were on the tables when I got married so many years ago, and so, at my daughter’s wedding, we added one bowl of Jordan almonds at the couple’s table. Why invite trouble?

Almonds are nutritious and versatile. Almond flour is a popular substitute for flour for those who must be gluten freed, and almond milk is a pareve substitute for milk in pareve cooking and baking.

Enjoy some almonds. They are healthful, sweet, and delicious treats that are not too caloric and, unless enrobed in chocolate, a great part of a healthy diet!

Preheat the oven to 375 degrees.

Line a large rimmed baking sheet or a large round pizza pan with parchment paper or, for the round pan, two pieces of parchment crossed. Set aside.

Place the egg yolk and the almond extract in a bowl and whisk to blend. Finely ground the almonds in a food processor and add the flour, sugar and salt. Pulse several times to blend.

Add the butter and pulse briefly. Add the cream cheese and pulse until the mixture resembles coarse meal. Add the egg yolk mixture and pulse to combine. Transfer the mixture to a large bowl. Using a fork, stir in 4 Tbs. of the ice water to bring the dough together into a shaggy mass. Squeeze a small piece of dough; if it does not hold together without crumbling, stir in the remaining water, 1 tablespoon. at a time. Gather the dough into a ball, press into a disk, wrap tightly in plastic wrap, and refrigerate for at least 1 hour or up to 2 days.

Place the apricot slices in a bowl and add the lemon juice and sugar. Toss to coat the apricots well. If using canned apricots, sprinkle the flour over the apricots and toss to coat evenly. Set aside.

On a lightly floured work surface, roll out the dough into a 15- to 16-inch round about 1/4 inch thick. Fold the dough into quarters and unfold it onto the prepared baking sheet. Spread the apricot jam over the dough, leaving a 3-inch border uncovered, then arrange the apricots evenly on top of the jam. Fold the dough edges over the apricots, loosely pleating it and leaving the galette open in the center. Brush the dough with the egg mixture and sprinkle with the almonds and, if you like, some sugar.

Bake the galette until the dough and almonds are browned and the apricots are tender when pierced with a knife, 35 to 45 minutes. Let cool completely on the baking sheet on a wire rack.

To serve, transfer the galette to a platter or cutting board, cut it into wedges and divide among serving plates. Serves 6 to 8.

This is delicious after a grilled salmon dinner. My friend sent this to me and said that a Facebook friend sent it to her. As my friend is currently without a kitchen, I made it for her after I adapted it by adding more almond flavor and cutting the sugar a bit. My friend and family devoured it. My next adaptation is to make it Pareve.

Preheat the oven to 325 degrees. Generously grease and flour a Bundt pan. Set aside.

Place the milk in a small bowl and add the vinegar. Whisk to blend. Set aside.

Measure the flour by using a small scoop to fill a 1-cup measuring cup. Use a knife to level the top. Place the flour and baking powder in a large bowl and whisk to blend. Set aside. Place the butter in the bowl of an electric mixer and add the sugar. Beat on high, scraping the bowl as needed, until light and fluffy. Add the eggs, one at a time, beating well after each one.

Add the flour and milk, alternating each then add the Amaretto. Scrape the bowl as needed. Scatter the almonds in the bottom of the Bundt pan. Scrape the batter into the prepared pan and smooth the top. Tap the pan on the counter to remove any air bubble. Place in the center of the oven and bake for 55 to 65 minutes or until a tester comes out barely clean. Remove from the oven and cool completely in the pan.

Place the butter and sugars in a small, heavy saucepan. Heat over medium heat, and stir until smooth. Slowly add the cream and whisk to blend. Add the almond extract and Amaretto and simmer for 5 minutes, until smooth and thickened a bit. Stir often. Remove from heat and let cool for 10 minutes.

Serve each slice of the pound cake drizzled with warm Amaretto sauce or drizzle the sauce over the whole, warm cake. Serves 12+.

NOTE: My family liked the cake drizzled whole, not slice by slice. They felt the sauce needed ice cream, which they grabbed and ate with the cake!

This is simple and delicious and totally GF. It can be dairy or pareve

Mix all ingredients in a food processor. Open the top and pinch the mixture to see if it holds together. If not, add a teaspoon of water.

Pour the mixture into a 9- or 10-inch pie plate. Press firmly into the bottom and up the sides of the pie plate.

Bake until lightly golden, 10 to 15 minutes. Let cool before filling with your favorite fruit or other filling.