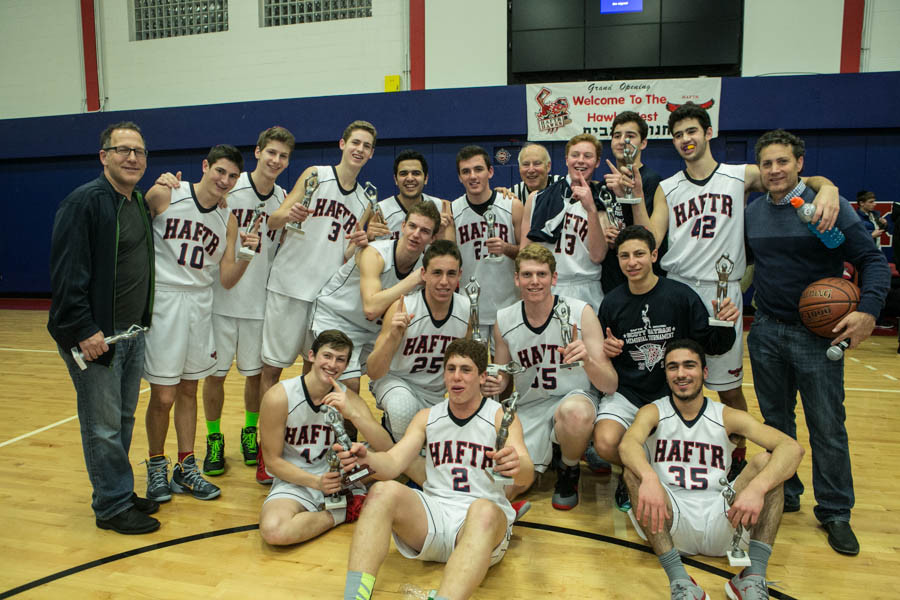 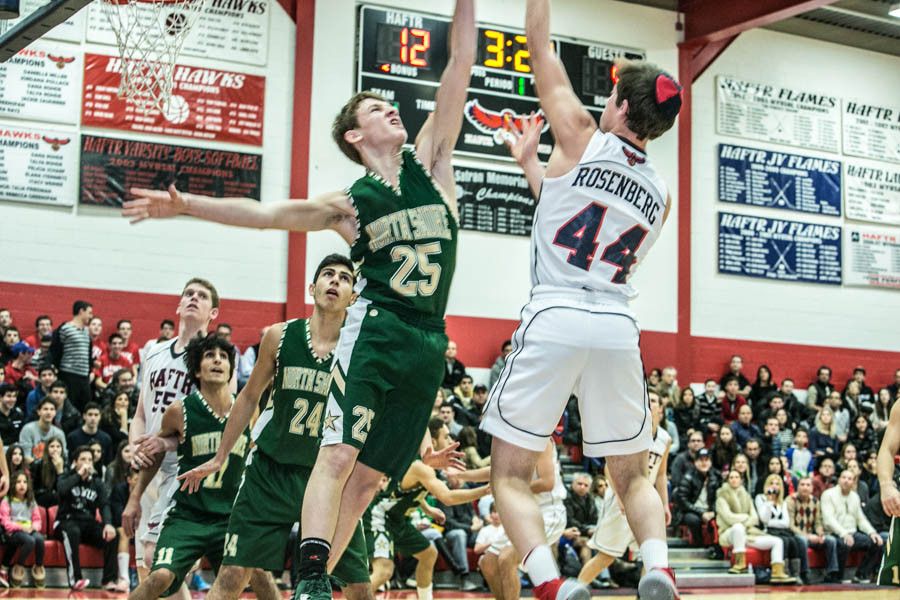 Information for this article was submitted by Joey Hoenig, HAFTR varsity coach and athletic director.

Under the trying conditions of a pre-Shabbat snow storm, the Hebrew Academy of the Five Towns and Rockaway hosted the annual HAFTR Invitational Scott Satran Memorial Tournament last weekend and came out winners in more ways than one.

But basketball was only part of the story. With a blizzard heading towards Long Island, all teams needed to arrive early on Thursday anod housing and food arranged through Shab- bat for 150 boys.

The HAFTR Hawks opened the tournament by beating the HANC Hurricanes on Thursday night by 33, the beginning of its great run. The Hawks then faced a tough DRS Wildcats team, the eventual winners of the tournament’s Tier 2 championship, on Friday afternoon. DRS, down by 10 in the fourth quarter, refused to lose and tied the game with 30 seconds to go. But Alec Schonfeld’s buzzer-beater at the end of regulation tamed the Wildcats and propelled HAFTR to an electrifying 42-40 win.

After a Shabbaton meal in Beth Shalom, we heard from Ed Satran, who spoke about his son’s wonderful attributes, and Divrei To- rah by representatives from each school.

The weather outside didn’t stop the boys from walking to an oneg Shabbat at the Scharf residence where Melodie and Marty were extremely gracious hosts. Other Shab- bat highlights included talks by Rabbi Ken- neth of Beth Shalom, and Ben Brafman.