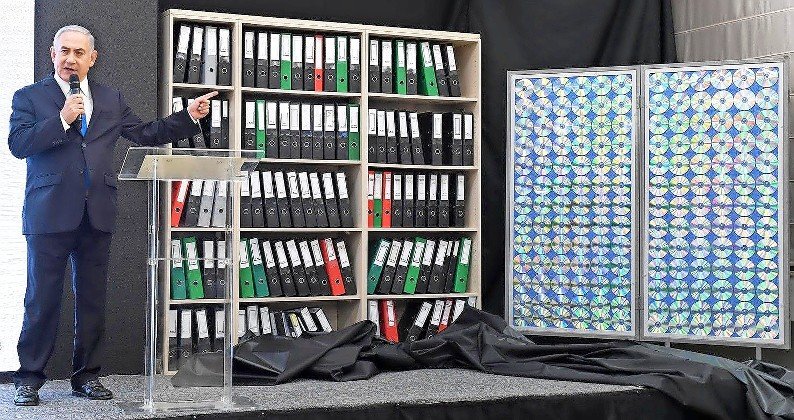 Benjamin Netanyahu and the government he will form face a long list of challenges on national security and foreign affairs — from dealing with the Iranian threat to restoring a sense of governance and personal security, from managing strategic relations with the Biden administration to dealing with Putin’s Russia in the shadow of the war in Ukraine.

These include unique opportunities, such as the promotion of initiatives that will help solve several of the world’s urgent problems and award Israel political, economic, and security gratuities.

Netanyahu will be required to tackle all these, while at the same time dealing with the social and economic challenges in Israel, including the division and polarization that threaten the integrity of its society.

Netanyahu will not have the privilege of dealing with each issue incrementally and one by one. He will also not have any days of grace. The magnitude of the challenges and their urgency will force him to ensure optimal division of attention and simultaneous engagement.

The immediate goal, which cannot wait until the formation of the government, is to calm the atmosphere, formulate an organized plan and impose an atmosphere of “getting to work.” These are essential to establish stability.

In terms of national security, a stable government reduces uncertainty and supports long-term planning and an ongoing policy. Stability is a prerequisite to the development of new political relations, something that is almost impossible to achieve during election periods.

Israel’s special relationship with the US and the American bipartisan support for Israel are an asset and an ultimate interest for Israel’s national security. This is indisputable. At the same time, Israel is a sovereign and independent country, with a unique identity — both Jewish and democratic.

The differences in approach and position between the Biden administration and the incoming government on issues that are fundamental to both sides might challenge the ties between the two countries. Precisely for this reason, it is important to tighten communication and strategic dialogue and, as part of this, to clarify the “rules of the game.”

From an American point of view, Israel is the US’s most important ally in the Middle East and its most worthwhile investment. The stronger the State of Israel is, the more the US will benefit from the country.

Israel will use its strength to defend itself and will not allow any entity to jeopardize its existence and security. You can trust it and, at the very least — back it up.

The Iranian threat is the Israeli government’s most significant national security challenge. Even though the public in Israel is more concerned by other challenges, this is not because they do not regard the severity of the situation, but because they do not deal with the threat on a daily basis and perceive it as a future danger and not as a concrete and tangible threat.

The complexity of the challenge, the shroud of secrecy surrounding it and the controversy in Israel and around the world regarding the correct strategy required to deal with it, all contribute to this sentiment. Either way, this is an existential threat that necessitates the validation or updating of Israel’s policy goals and the management of a synchronized and determined political and security campaign to achieve them.

Such a decision will pave the way for restoring relations between the US and Saudi Arabia and the Gulf states, will stop the latter’s rapprochement to Russia and China, and will significantly recruit them into helping solve the global energy crisis.

Russia may pay Iran for its help in the war in Ukraine through Syria. Israel should prepare for this, in coordination with the US, and guarantee its freedom to take air action, as long as Iran continues its efforts to consolidate in this area.

Ensuring Israel’s freedom of air operations also in the Lebanese area and countering the acquisition of precision weapons will demand adjustment and refinement of the air defense system (“the war between wars”).

The establishment of a regional organization for cooperation, based on the Abraham Accords — with the cooperation of Egypt, Turkey, Qatar and, hopefully, Saudi Arabia — can bring respite not only to the energy problems, but also to the global crisis regarding food, water and other areas.

Conditions for a regional initiative, with US support, have been created for the immediate promotion of projects designed to deal with the world’s urgent problems (energy, food, water), while eliminating bureaucratic obstacles and maximizing the relative advantages of Israel and the Gulf states.

Upon taking office, pressure on Netanyahu to get off the fence and take a stand in regard to the war in Ukraine will increase. Accordingly, he will also be forced to examine Israel’s policy regarding the provision of aid to Ukraine. A restrained and cautious approach serves the Israeli interest.

Regardless, in the struggle between Russia and the West, Netanyahu has the advantage of his experience and connections with Putin, to be used when the conditions for effective mediation between the parties ripen. Israel’s reward from such mediation could also be in connection with Iran.

One can assume that the first decisions that the government will be required to make will be on the policy of responding to internal terrorism in Israel. Even though the current strategy has shown significant successes, it still provides too narrow margins of safety against terrorism in Israel. It is not aimed at eliminating its infrastructure and does not have any answer to the challenges of governance and the availability of the many means of warfare in the area.

The security forces will have to fortify their defense along the seam line and toughen their counter-terrorist activities, in addition to preparing for the possibility of an extensive military operation in Judea and Samaria.

As for the post-Mahmoud Abbas era: Whatever reality may develop, Israel’s goals are to ensure the safety of its citizens and assets and to prevent any groups taking action against it by exploiting the situation to their advantage.

This is also in regard to the possibility of political alliances and collaborations (open or secret) between those who perceive themselves as heirs and Hamas representatives, the Palestinian Islamic Jihad or other groups that operate against Israel.

As for the Gaza Strip: Israel will continue to face the dilemma, on the one hand, of how to maintain peace and, on the other, not to allow Hamas to strengthen its forces. The infrastructure resulting from the formation of the Abraham Accords can create solutions to several of the basic problems in the Gaza Strip, which do not involve any added security risks to Israel. The Israeli system would benefit itself by marking an undeclared “red line,” as to the highest level to which it is willing to allow the terrorist elements in Gaza to strengthen themselves.

The election results can attest to the high regard in which the public perceives this issue in the order of priority and its expectation for drastic measures that will restore governance and increase personal security in Israel.

Even though this matter requires a holistic approach and long-term planning, it is impossible to wait for their completion. The prime minister must lead a national effort to promote immediate steps that will strengthen personal security. Among others, speeding up the establishment and operation of the “Israeli National Guard” and giving its personnel defined policing powers, institutionalizing and expanding the “Safe Route” program for fighting crime, maximizing the GSS’s operational capabilities with an expansive interpretation of its roles as defined by law, significantly strengthening the Israel Police Force’s capabilities and Its presence at focal points of crime and violence and in mixed cities, all with the support of political, public, legal and budgetary authorities.

Another issue that will be brought before the government concerns national management of civil emergencies. The current organizational structure does not support processes that are required to ensure high effectiveness. Possible alternatives include the transformation of the Ministry of Public Security into the Ministry of Homeland Security, while subordinating relevant bodies to this ministry in times of routine or emergency, or subordinating the National Emergency Authority to the Prime Minister’s Office, and expanding its powers.

Adapting the cabinet to challenges

The Netanyahu government will be required to make decisions concerning military-society relations and increasing the IDF’s strength, safeguarding Israel’s security and technological superiority, national vigilance for civil emergency scenarios, including epidemics, formulation of a vision and all-embracing naval strategy, the Israeli energy economy, space and satellites, and the list goes on. In light of this, the work of the cabinet must be upgraded and mechanisms formulated at a ministerial level, which would enable such a wide range of issues to be dealt with.

The complexity of the “Cabinet Ministers” model — one or two ministers who will work under the auspices of the Prime Minister’s office and will be available only for cabinet matters as well as leading and dealing with inter-ministerial issues pending cabinet decisions — must be examined.

Israeli society is fragmented and polarized. Tensions between the camps have been underscored, as have expressions of hostility. The warning against the possibility of violent, internal conflict is no longer considered a fantasy.

The most important challenge facing any government in Israel is maintaining unity of Israeli society. Solidarity and mutual responsibility have always been the hallmarks of the Jewish People. Their importance has not diminished. They are essential to ensuring our national resilience and our ability to withstand tests that reality may throw at us.

Polarization is not our fate or an inevitable process. Even today, the sense of unity that exists within us is stronger than all internal divides.

Most Israelis see the reinforcement of Israel as a Jewish, democratic, strong, safe and prosperous state as a common goal. For most Israelis, it is vital to reach agreements on those issues that divide us, to hold productive dialogue about disagreements and to pave the way for managing and resolving disputes. This is an opening for hope and a basis for optimism.

Steps need to be taken to increase sharing and partnership between the various sectors of society and from the government towards all these. Compromises that are made for the sake of domestic peace are not lost. As our sages say: Peace is the greatest blessing, as all blessings are included within.

This article was published by Israel Hayom. Its author is a visiting senior research fellow at the Institute for National Security Studies, served as Israel’s national security adviser and led the National Security Council between 2017 and 2021.