Beware of the ‘reformist’ clerics who rule Iran 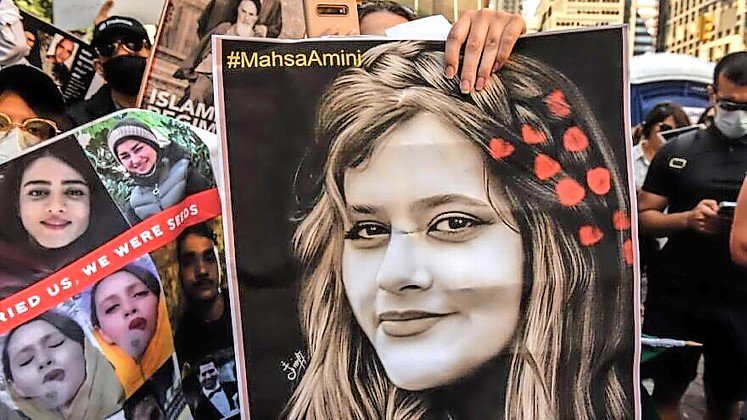 The first confirmed execution by the Iranian regime of a participant in the historic protest wave continuing to engulf the country was reported last week — 23-year-old Mohsen Shekari, arrested on Sept. 25 on Sattar Khan Street in Tehran and charged with attacking members of the Islamic Republic’s Basij militia with a machete.

He spent a hellish 75 days in prison prior to his execution, during which time he was tortured. Video released by the official Fars news agency of Shekari’s forced confessions showed him with bruises and scarring on his face.

At least another 10 protestors are presently sitting on death row in Iran. According to the NGO Iran Human Rights, at least 458 demonstrators have been killed at the hands of the authorities since the protests erupted in September following the death of a young Kurdish woman, Mahsa Amini, who was arrested by the regime for allegedly violating its hijab, or headscarf, dress code. That number includes 29 women and 63 children — a distinctly vile record for a regime that regularly flings blood libel accusations at Israel over the treatment of Palestinian civilians.

Yet despite this ongoing bloodbath, the protests show few signs of weakening. The announcement of Shekari’s execution came, observed the New York Times, “During a week that saw businesses, shops and traditional bazaars in more than 50 cities across Iran participate in one of the largest general strikes in decades in support of protests calling for the end to the authoritarian clerical rule that has been in place since 1979.”

Shekari’s execution is an ominous sign that the ruling mullahs are turning to more extreme forms of repression in their bid to crush the protests, which have now superseded the historic “Green Movement” of 2009-10 in terms of their scale and intensity. Hossein Ashtari, the regime’s chief of police, bluntly stated last week that his officers “will not show restraint in dealing with security threats.” In other words, any means will justify the end of cementing the regime’s iron grip for the foreseeable future.

Now, a former Iranian president has stepped into this maelstrom, ostensibly on the side of the protestors. In a rare statement last week, Mohammad Khatami, a 79-year-old who served as the Islamic Republic’s president from 1997-2005, praised the “beautiful slogan” of the protestors — “Women, Life, Freedom” — and urged the regime to heed their demands “before it is too late.”

Khatami is correct that Iran is experiencing a revolutionary moment. But in that sense, his advice can be understood as aimed at stabilizing the regime, rather than bolstering the cause of the protestors.

There is little doubt that Khatami is a reformist. The presidential election he won in 1997 attracted a record 80 percent turnout, with 70 percent of the ballots cast going to Khatami, and he was re-elected in 2001. His supporters were drawn from a range of backgrounds, including students and businesspeople seeking greater opportunities for foreign trade. He also appointed a woman, Massoomeh Ebtekar, to his cabinet despite an official prohibition on women serving in government positions.

But Khatami manifestly does not seek the overthrow of the Islamic Republic and never did. A study published by the Washington Institute for Near East Policy one year after this election offered an observation that remains valid more than two decades later:

In his statement expressing sympathy with the protestors, Khatami underlined that regime change in Iran was “neither possible nor desirable” even as he regretted the deaths of “tens of people, many of whom are children and adolescents.”

And back in September, Fayyaz Zahed, a reformist academic, revealed in an interview with an Iranian opposition broadcaster that Khatami had told him clearly that “reformism does not mean opposition to the Islamic Republic system.”

Moreover, as the Washington Institute pithily remarked in 1998, Khatami has spent his entire career in the service of the regime, even if, along the way, he has alienated the hardliners gathered around the country’s main source of power, “Supreme Leader” Ayatollah Ali Khamenei. As early as 1980, one year after the Islamist seizure of power, Khatami was serving in the Majlis, Iran’s parliament, before going on to direct different agencies created by the regime in the fields of culture and religious education.

In those guises, Khatami readily conformed to the regime’s most extreme stances.

According to a BBC Persian report over the summer, he may have even had a hand in the decision of the late Ayatollah Khomeini, the Islamic Republic’s founder, to issue a fatwa, or religious edict, authorizing the assassination of the British-Indian novelist Salman Rushdie who grossly offended the regime with his seminal 1988 work The Satanic Verses.

Hours before the fatwa was issued in Feb. 1989, two visiting British Muslim clerics, Kalim Siddiqui and Ghayasuddin Siddiqui, reportedly met with Khatami at Tehran Airport where they discussed the accusation of blasphemy against Rushdie. “He [Khatami] was asking my view about Salman Rushdie,” Ghayasuddin Siddiqui recalled. “I told him, ‘you know, something drastic has to happen’.” By the following morning, Khomeini had issued the fatwa.

On the question of Israel, Khatami never wavered from the Islamic Republic’s official position that the Jewish state should be eliminated from the international community. Indeed, there has never been any need for Israel to revise its initial assessment of Khatami.

As an Israeli security official told Haaretz in March 1998, “There has been no change in Iranian aid to terror groups since Khatami was voted President. Khatami himself has met with Hezbollah leader Hassan Nasrallah and assiduously maintains contact with leaders of terrorist groups.” The same official commented that “Khatami is simply more talented than his predecessors in presenting matters in a way that will sound better to Western ears.”

That remains the case today, and his statement of support to the protestors should be interpreted in exactly the same way. The Islamic Republic cannot be reformed. Iran will only have a bright future once the Islamist regime is gone for good.