Being thankful and feeding our guests well 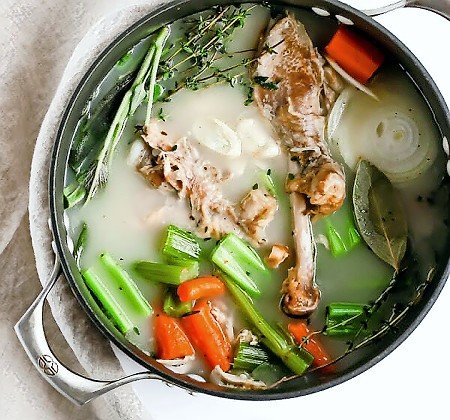 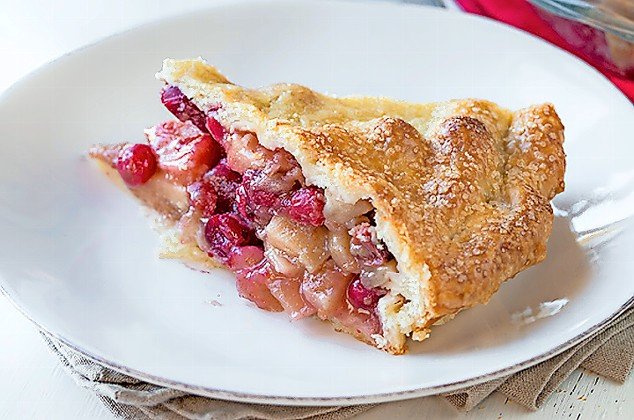 Previous Next
By Joni Schockett

In researching some history for the intro to this column, I came across Washington’s 1789 proclamation for the first Thanksgiving in which he mentioned the “peaceable and rational manner” in which Congress had established this new democracy. So I find myself thinking about this Thanksgiving holiday with two distinct feelings.

First, I am grateful to the scientists who gave us the vaccines and, now, some medicines that may bring this horrible pandemic under control. Families will be together this Thanksgiving and they — we — will be thankful that this is now possible.

On the other hand, many families will be without a loved one at the table and that is the sad and heartbreaking reality of the terrible year that has passed. We have lost so many; that is a very sad fact.

As Congress continues its battles, I am reminded of Washington’s words, “peaceable and rational.” If only peace and rational thought would return to the halls of Congress so that those elected can do the people’s business and help all Americans who have been so devastated by unprecedented events.

I remember my grandfather teaching me to wake up every morning, say a prayer he taught me — mostly in Yiddish — and then tell G-d that I was thankful for my parents, the food I had and the pretty dresses I wore. I never forgot his lesson and recently, read a piece in a health magazine that said that one of the best ways to ensure a good day amist all this stress is, immediately upon waking, to think of those things we are most thankful for. I still do it to this day.

It’s not too early to start planning, and even though turkey is often the star of the show, the perfect Thanksgiving menu can be anything your family likes. I have a friend who hates turkey and often makes a rib roast. My dear vegetarian friend usually has so many dishes that her family is full even before her delicious main course is served. So whatever dishes you cook, and however you celebrate, enjoy a happy Thanksgiving.

Spiced (or not) Cranberry Sauce with Dried Cherries (Pareve)

Make this one day in advance.

Place the spices in a tea ball or in a piece of cheesecloth. Tie the cloth with string or plain, unwaxed, dental floss. Set aside.

Bring cranberry juice to a slow boil. Remove from heat and add the cherries. Let sit for 10 minutes. Add the sugar, cranberries and spice mixture. Cook over medium heat, stirring occasionally, until cranberries burst, 8 to 10 minutes. Cook for another 5 minutes until the liquid reduces a bit and becomes thickened and syrupy. Remove the spice sack. Transfer to a bowl and chill overnight. The sauce will thicken as it cools.

Makes about 4 cups. May be made 1 week in advance.

5 Tbsp. orange juice and water (half and half) very cold

6 or more (depending on size) apples (Cortland work well)

CRUST: Finely grind the toasted pecans (see below) in a food processor or nut chopper. Add the flour, sugar, orange peel and salt. Blend thoroughly. Add the butter and blend until the mixture resembles coarse cornmeal. Add enough juice/water so that the crust forms a ball in the processor.

Remove the dough, divide into two pieces, flatten into discs and wrap in plastic wrap. Chill several hours or for up to two days.

Remove the dough from the refrigerator and let sit for a few minutes to soften. Roll out on a floured surface. Place one crust in the bottom of a 10-inch glass pie plate and add the filling.

(To Toast Pecans: Place pecans on a cookie sheet and toast at 400 degrees for just about 2 minutes. Check to keep from burning. Cool completely before grinding.)

FILLING: Preheat oven to 375 degrees. Combine the sugars, and spices in a bowl. Slice the apples and toss with the sugars. Add the cranberries and lemon juice and toss.

Spoon the filling into the pie and gently press down to compact filling. Top with the second crust, trim the edges and crimp, being careful to seal the edges completely. Brush with a beaten egg to glaze and sprinkle with Demerara sugar. Prick with a fork and make a small hole in the center of the pie.

Place on a foil lined cookie sheet and place the sheet in the bottom third of the oven.

Bake at 375 degrees until golden brown, 60 to 80minutes. If the crust is browning too quickly, cover the edges with aluminum foil. Remove pie and cool on a wire rack. Serve warm with vanilla ice cream or frozen yogurt.

Makes 1 pie. May be made ahead and frozen for up to 2 weeks. Thaw overnight and reheat at 325 degrees before serving.

You can make this now and freeze it. A perfect base for turkey gravy without fattening drippings.

2 leeks, white and light green only, cleaned and sliced

Salt and pepper to taste

OPTIONAL: Fresh herbs such as thyme, sage, etc. Not too much.

Sprinkle the turkey parts with salt, pepper, onion powder and garlic powder and place in a large roasting pan. Add about 1/2 cup water. Roast for 75 to 90 minutes, until all pieces are deep golden brown. Add 2 cups of water for the last 50 to 60 minutes of roasting. Remove from the oven and let cool.

Heat a large soup pot filled with 4 quarts of water. Add the turkey parts and the rest of the ingredients and bring to a boil. Deglaze the pan over a low flame, scraping up any browned bits with a silicon or wooden spatula. Let cool and add the liquid to the soup pot. Boil for about 10 minutes, reduce heat and simmer, partially covered, 4 to 6 hours, skimming foam as needed and adding more water as needed.

When done, let cool, and remove turkey parts and vegetables with a slotted spoon. Strain stock into freezer containers. Discard any solids. Freeze until needed. Makes about 4-6 quarts.

Something extra to enlighten your Thanksgiving dinner.

Massachusetts named the turkey the state game bird in 1991. I have no idea why because it is barely legal to hunt them and people can only do this in specific places, from sunrise to noon, for less than 1 month and may only bag 1 turkey per hunter for the season. This does little to cull the huge numbers of turkeys that roam the streets of suburban Boston (since turkeys were reintroduced to Massachusetts in the 1970s, this has actually become a problem).

In the 1940’s there were only about 30,000 wild turkeys left in the whole country. The government stepped in and started a Turkey Reclamation project. Now, there are now close to 10 million wild birds encroaching on the suburbs and even some cities, attacking small dogs, and even homeowners. This number has not been seen since around the year 1500.

Turkeys are found in almost every state — even Hawaii — but NOT in Alaska.

It is a myth that Turkeys are stupid and will die by drowning in a heavy rain storm. They won’t.

A turkey’s heads change colors when they become excited. In the spring, during mating season, the male’s head turns red, white and blue. How patriotic!

The red skin fold that falls over a male turkey’s beak is called a snood.

For some unknown reason, turkeys like to cross streets, stop in the middle of the road and block traffic — even on busy highways. When honked at, turkeys can become aggressive and peck at the cars (because turkeys like shiny objects!).

Wild turkeys can live for 13 years, but most are hunted and killed by their second year.

Turkeys eat anything from tomatoes, to grass, nuts, seeds, insects, and even small lizards and rodents.

Mother turkeys teach their babies — often 8 to 12 at a time — how to eat and peck and find bugs and more. However, domesticated turkeys do not learn how to eat from their mothers because they are hatched without them, so growers put shiny material in the feed to attract them. (Remember? Turkeys are attracted to shiny objects.) Sadly, many never learn to eat, and die in the first few days of life.

Perhaps they are not as bright as some of their other feathered relatives.

Have a happy and peaceful Thanksgiving.