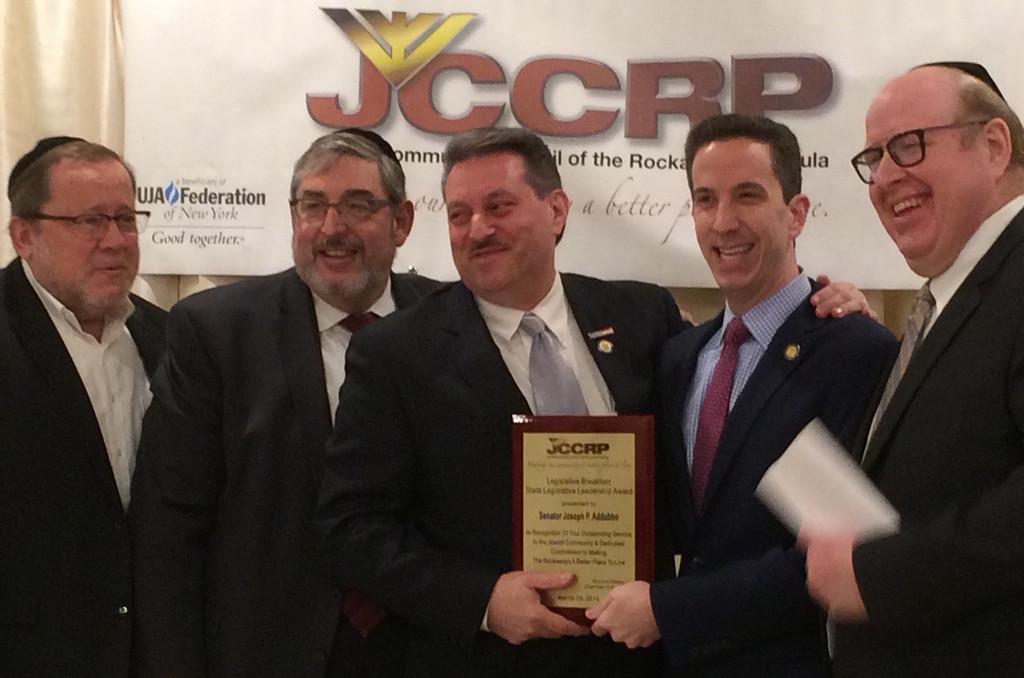 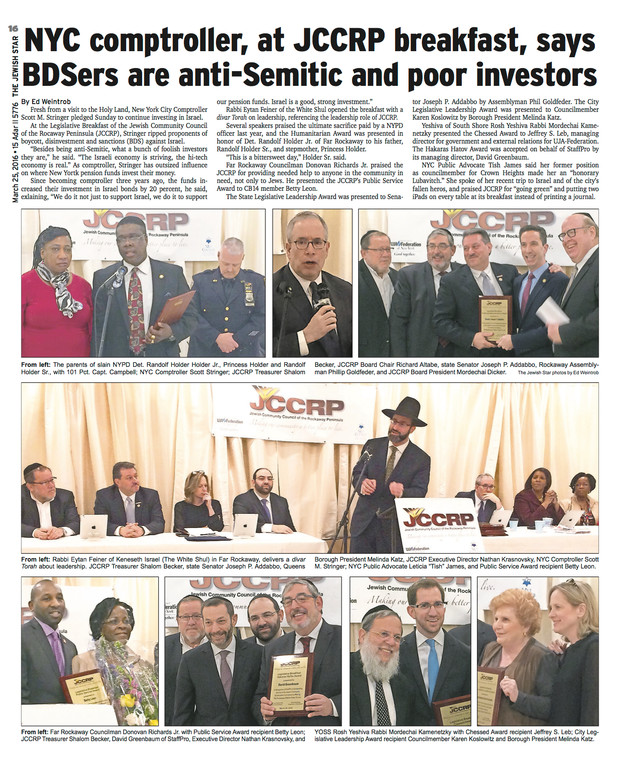 Photos from the JCCRP Legislative Breakfast, from The Jewish Star's print edition. 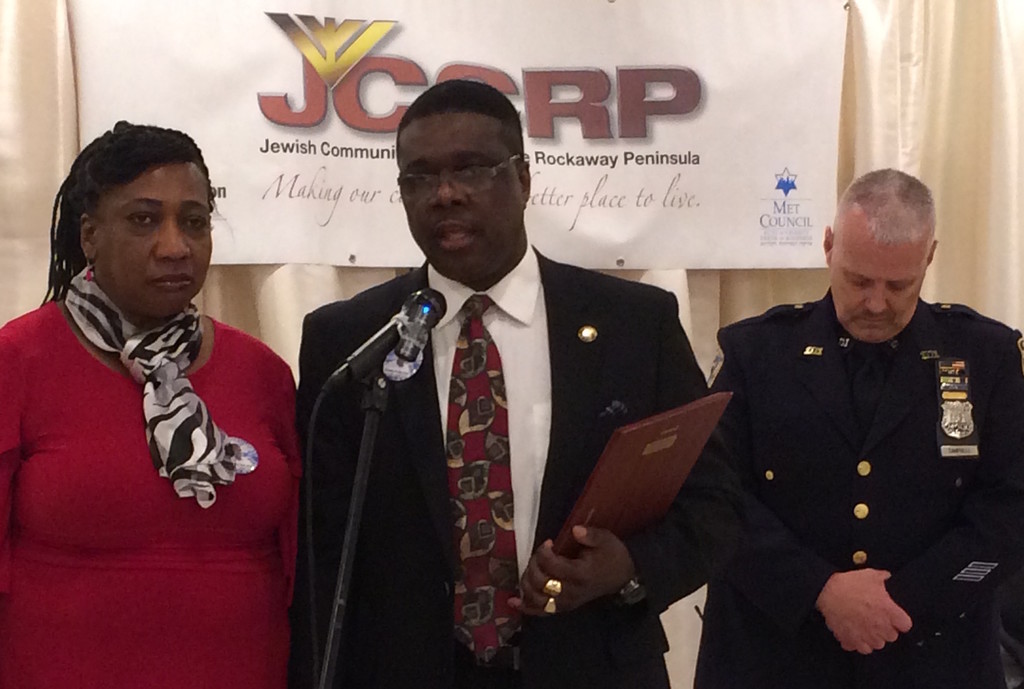 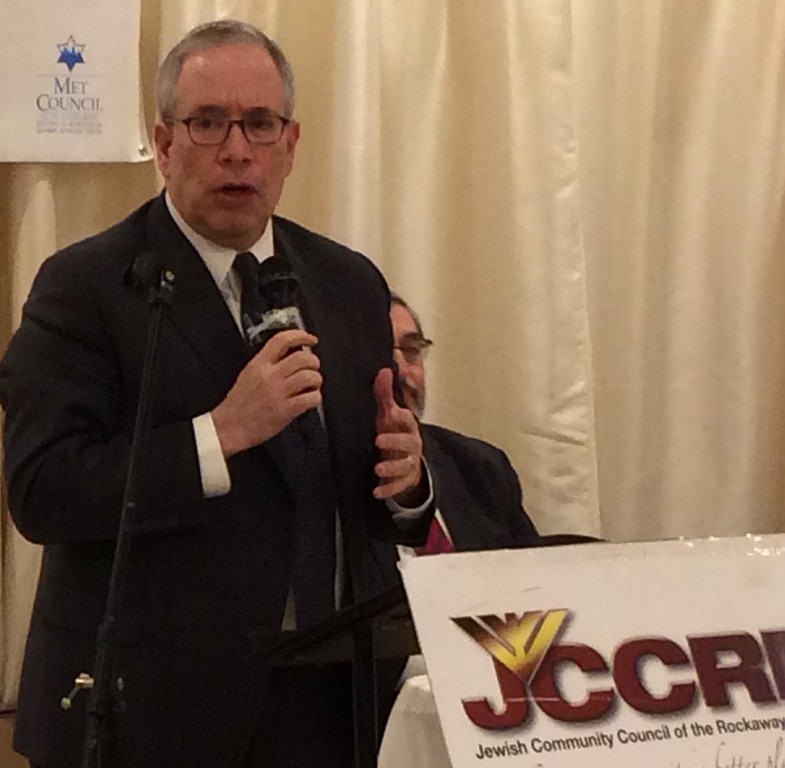 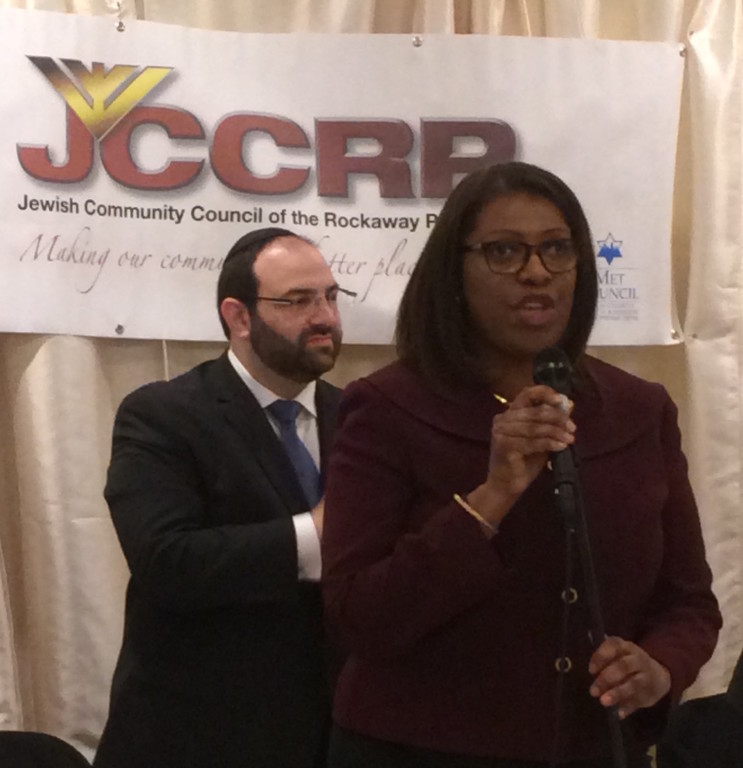 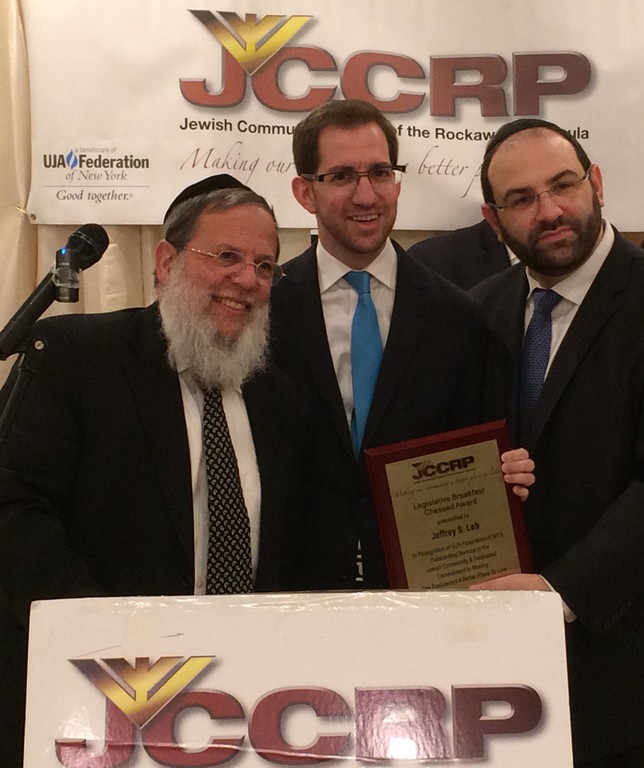 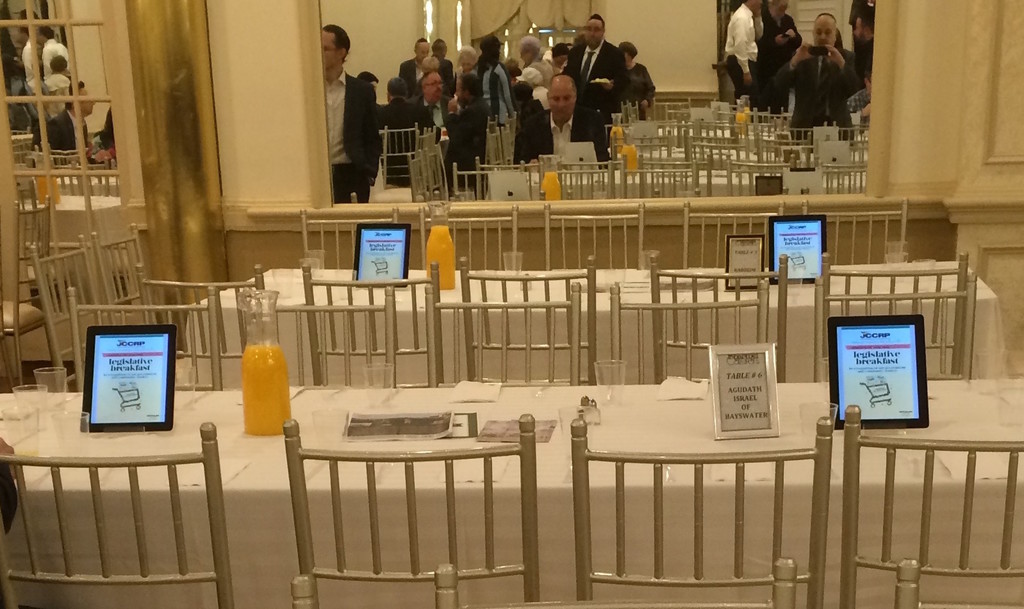 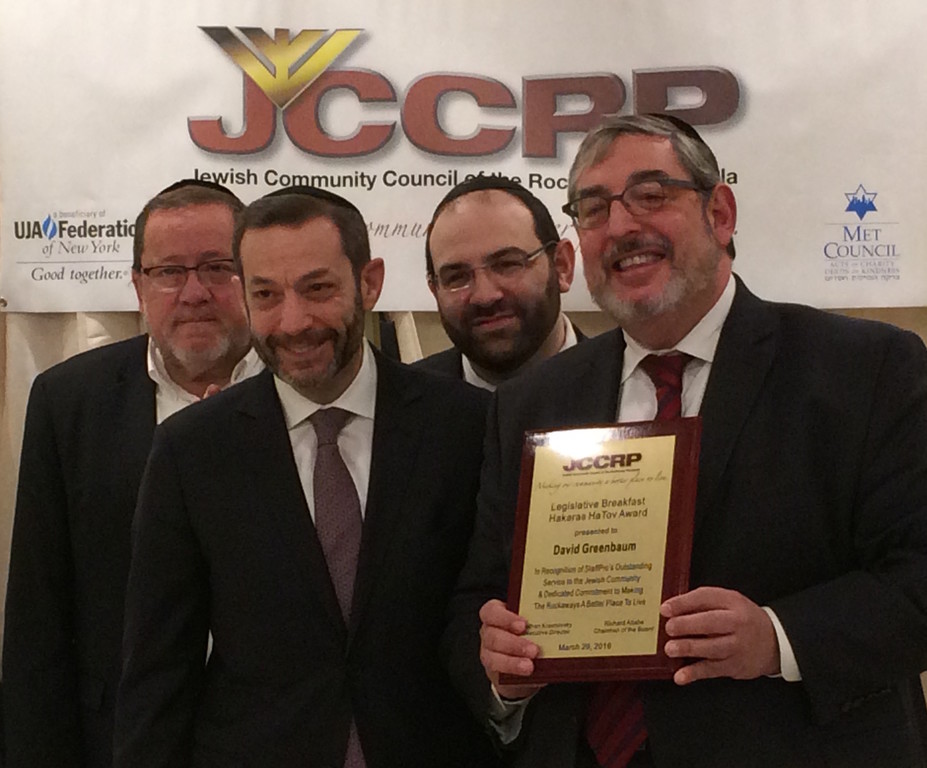 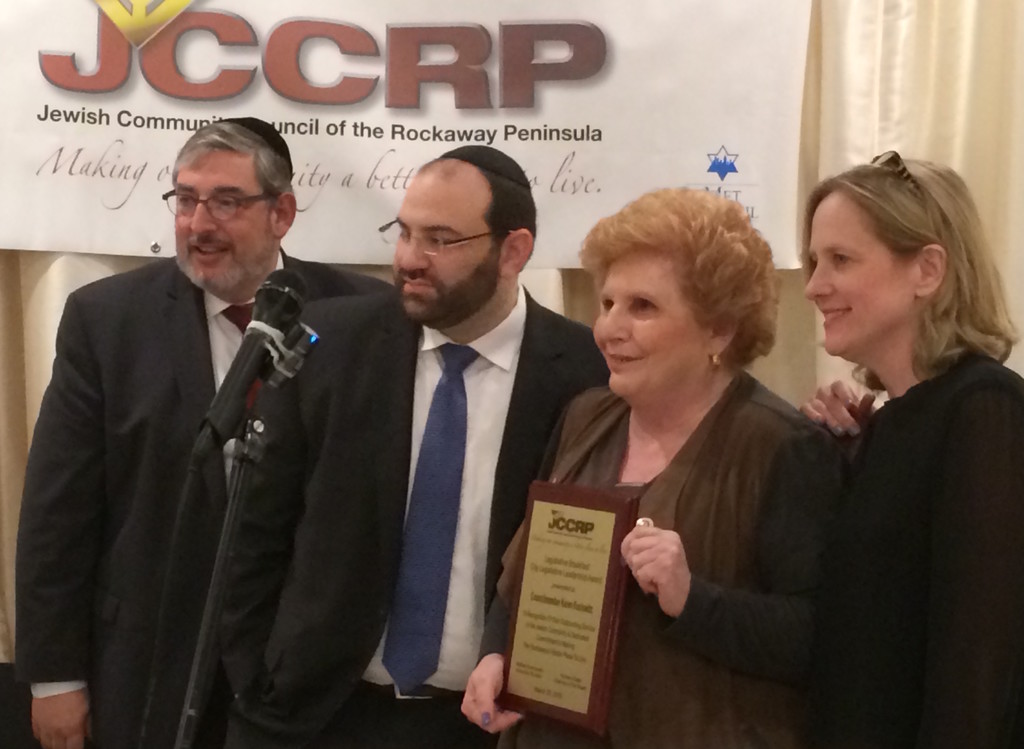 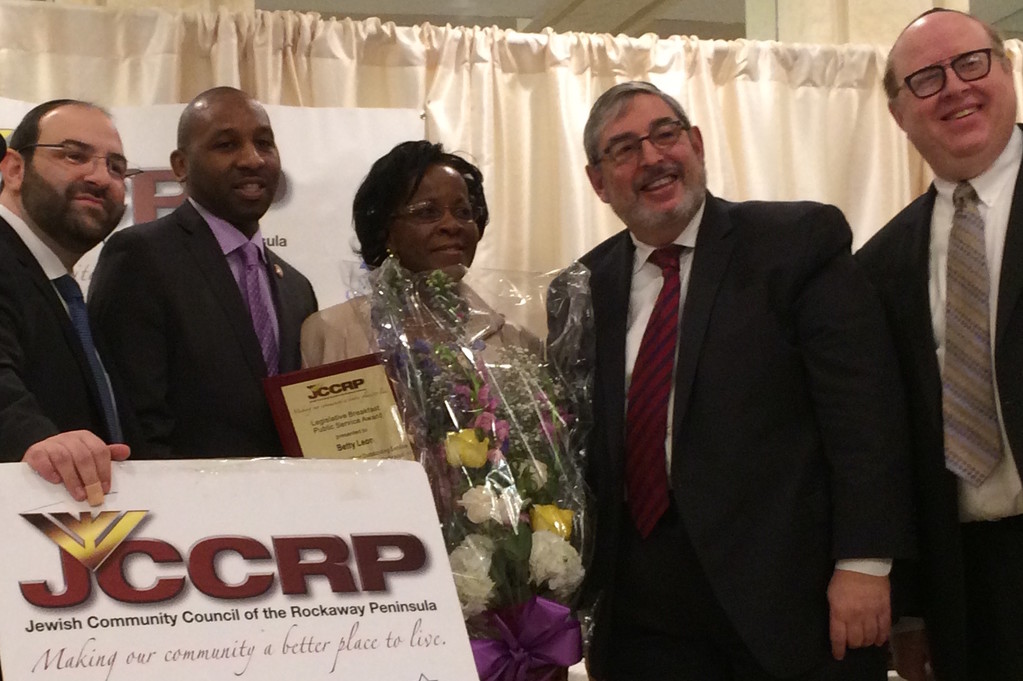 At the Legislative Breakfast of the Jewish Community Council of the Rocaway Peninsula (JCCRP), Stringer ripped proponents of boycott, disinvestment and sanctions (BDS) against Israel.

“Besides being anti-Semitic, what a bunch of foolish investors they are,” he said. “The Israeli economy is striving, the hi-tech economy is real.” As comptroller, Stringer has outsized influence on where New Yortk pension funds invest their money.

Since becoming comptroller three years ago, the funds increased their investment in Israel bonds by 20 percent, he said, exlaining, “We do it not just to support Israel, we do it to support our pension funds. Israel is a good, strong investment.”

Rabbi Eytan Feiner of the White Shul opened the breakfast with a divar Torah on leadership, referencing the leadership role of JCCRP.

Several speakers praised the ultimate sacrifice paid by a NYPD officer last year, and the Humanitarian Award was presented in honor of Det. Randolf Holder Jr. of Far Rockaway to his father, Randolf Holder Sr., and stepmother, Princess Holder.

“This is a bittersweet day,” Holder Sr. said.

Far Rockaway Councilman Donovan Richards Jr. praised the JCCRP for providing needed help to anyone in the community in need, not only to Jews. He presented the JCCRP’s Public Service Award to CB14 member Betty Leon.

NYC Public Advocate Tish James said her former position as councilmember for Crown Heights made her an “honorary Lubavitch.” She spoke of her recent trip to Israel and of the city’s fallen heros, and praised JCCRP for “going green” and putting two iPads on every table at its breakfast instead of printing a journal.