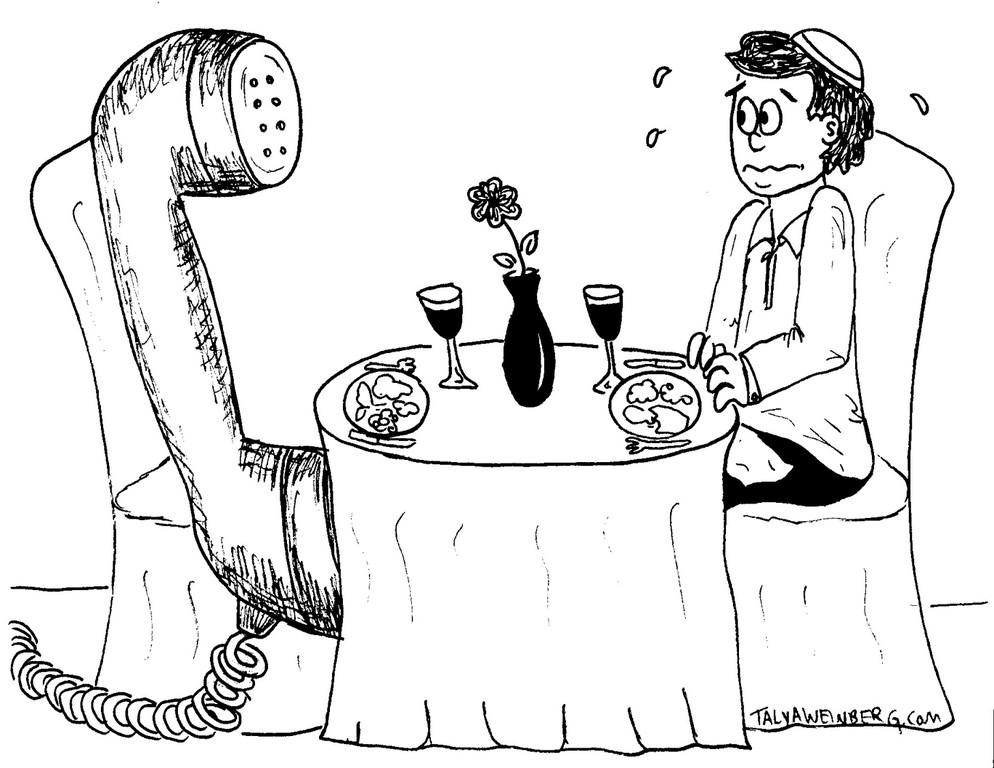 Dear Aviva,
After a few years of numerous unsuccessful shidduch dates, I believe that my bashert has finally arrived. We’ve been together for two months so far. When we date, our conversations are deep, we share plenty of laughs, a common background and outlook on life. But when we’re on the phone, I’m still unsure how to talk to her, and how to avoid making a date feel like an interview, when to introduce her to my folks, and when to pop the question. I love her, but I have never gone this far before. How should I proceed from here?

Dear Cautious Companion,
First of all, that’s so awesome! It’s not easy to find your bashert. And it’s even harder to find a bashert who agrees that she found her bashert.
Now, you’re asking a few different questions here. One relates to the mode of your dates and the other relates to the pace. I believe in planting the seeds of your relationship in the most true-to-life way. Any sort of barrier between you and your date’s face is, well, a barrier. When you’re conversing on the phone, you are filtering out 53 percent of the conversation. Body language and facial expression tells you a lot, and the phone cuts out that big chunk of the interaction.
Additionally, you don’t have a background to keep the foreground moving. There is nothing to focus on except the talking. All that talk has to be generated by your own ideas, rather than, “Hey, look at that guy crossing the street. He reminds me of my cousin who…” Some people bridge smoothly between the phone and in-person, but generally, I suggest keeping the interaction as real and as in-person as possible. (This is a bolded suggestion for those who are trying to garner more attraction in their dates.)
Also, just a note on other digital forms of communication—texting and emailing cut out even more of the interactions. Even without typos, a written contact, like the phone, cuts out the 53 percent of body language, plus it strips away 40 percent of tone and feeling. You’re basically left with a measly 7 percent in bare words. I recently fell prey to an ambiguous interchange.
I sent a time sensitive file via email to somebody. A day later, I received an email asking for it. The writer sounded mildly frustrated that it wasn’t in on time. I responded, “I sent it yesterday.” The writer countered, “I didn’t receive it.” I sent it again as an attachment without any text in the body, awaiting an email confirming receipt. Nothing. I composed a fresh email stating, “I resent it. Got it?” Resent as in “re-sent the file.” Resent could have also meant, according to Webster, that I felt ill will towards the writer, which I most certainly did not. Note: “Fresh” is another example of an ambiguous word used above.
Basically, standing on 7 percent can lead to needless misunderstandings. Hey, it’s hard enough to get along without all these red herrings. So reserve the digital gadgets exclusively for “Be there in 5 minutes,” and “Miss you.”

In my view: Thoughts on Tu b’Av