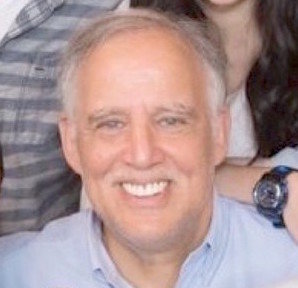 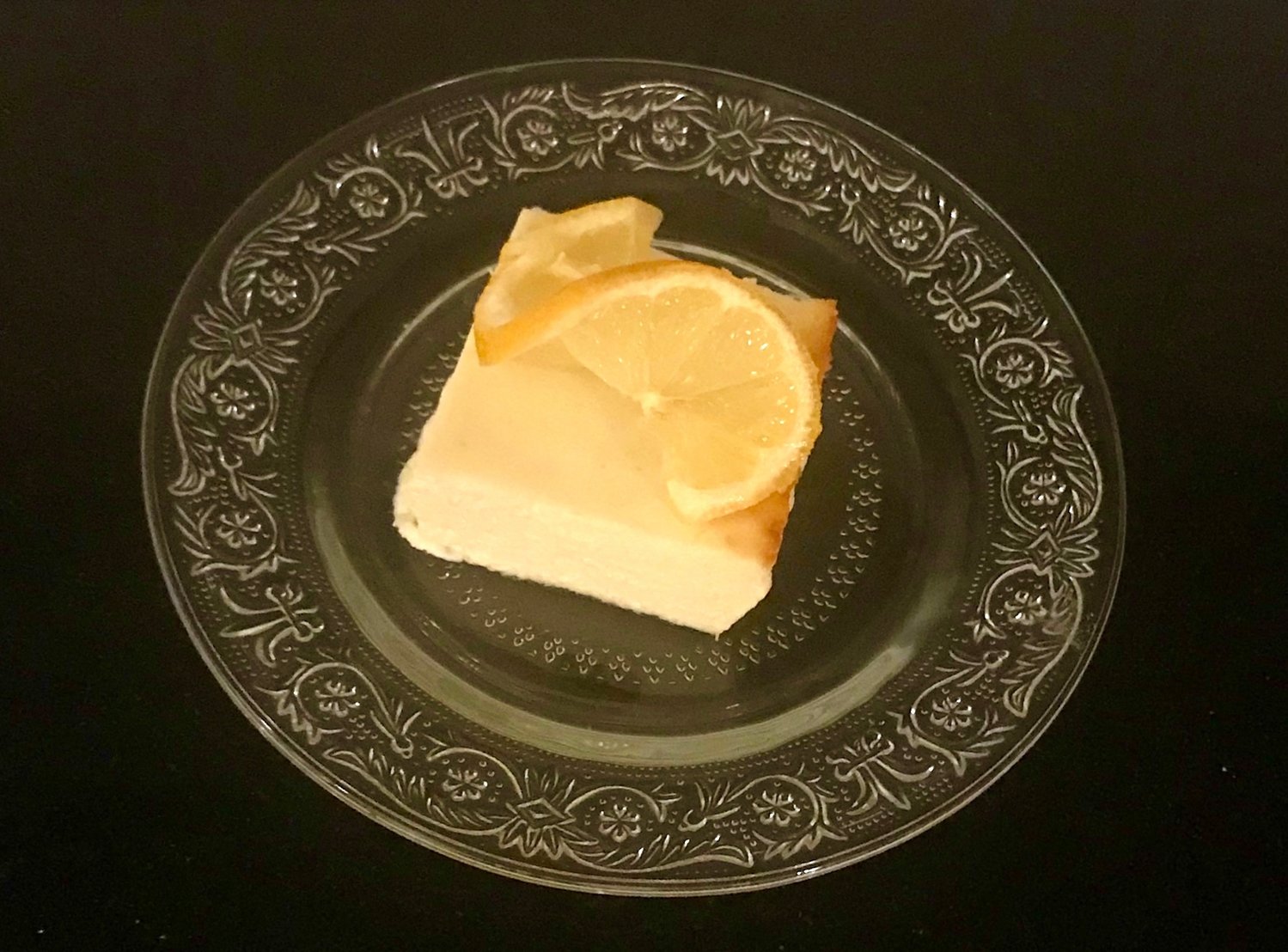 Shavuot cheesecake from Judy's kitchen.
Previous Next
By Judy Joszef

Although my column’s been on break lately, I jumped at the chance to write an article this week when my fave editor Ed Weintrob asked if I would for the Shavuot edition. Since I last wrote, my husband Jerry managed to supply me with some great material, “Jerry” style!

About six months ago, my brother-in-law Jack reminded Jerry and me that Jerry had to sign up for Medicare part A since he would be 65, on April 21. “No worries” replied Jerry, “I’ll take care of it.” My brother-in-law Jack and I looked at each other at the same time, as if saying “Yea, right.” That was in December.

As each month rolled around, Jack would remind me, and I in turn would remind Jerry, to take care of it. Although Jerry wasn’t retiring, he still had to sign around his 65th birthday, or pay a penalty. November, December, January … and then came April 17, a Friday. That was the day Jerry set aside to fill out the forms online. It should just take a day, right? You would think.

I asked Jack to help guide him over the phone, just in case. Jerry will be the first to tell you that he isn’t tech savvy. So Jerry was all set; he had an iPad that he was going to be working on and he also had his phone on which he would call Jack to help out if needed.

About an hour later Jerry emerged and explained that he checked a wrong box for on one of the questions, and now had to wait 24 hours before trying again. That meant that he couldn’t do it until after Shabbat.

Once again he had his iPad set up and he called my brother-in-law and then actually asked him if he could input the information for him so that he doesn’t mess up again. Everything went well until the of birth had to be entered. There seemed to be a problem. Since Jerry knew that his birthday was April 21, they thought there must be an error involving his place of birth, then they thought maybe it was a mistake in where he was living when he signed up for Social Security. Whatever they put in didn’t work. Jerry had to call the Social Security office on Monday and take it up with them.

Jerry knew that it was going to be a long wait on the phone but he didn’t realize just how long it would be. The recording told him it might take up to two hours. After an hour and a half he hung up and tried again, which was definitely a big mistake; now the waiting time was 2-1/2 hours, and in the end, he was on hold for three hours and 10 minutes. I, personally, would have lost my mind, being on hold that long, but Jerry didn’t seem to mind; he had his books and his highlighters and wasted no time.

When the representative came on the line, Jerry explained his situation. She said she would try to help him and it went something like this.

Representative: “What is the date of your birth?”

Representative: “Are you sure, Mr. Joszef?”

Representative: “Could you, or a parent, have entered a different birthdate?”

Jerry: “I’m pretty sure my correct birthdate was entered. I’ve used my Social Security card to obtain my license, passport and marriage licenses.”

Representative: “Well, I do see a different date on file for you, but I can’t give you that date. I’m going to have to set up an appointment with you for May 8 and they will help you straighten it out.”

In the meantime we were all trying to figure out what possible date could have been written and how it was never a problem before to obtain any of the other official documents. My brother-in-law thought that either Jerry or his mom might have written the 1 in 21 to look like a 7 so maybe his birthday was entered as April 27 instead of the April 21.

On May 8 at 11 am, as promised, a representative from the Social Security office called. She asked him his date of birth and he responded. She actually laughed as she was looking up the date on file which turned out to be April 31,1955 — a date that does not exist, except maybe in the mind of the woman who helped Jerry originally.

I can understand the number 2 looking like a number 3 if it was written in haste, but for the life of me, I cannot understand how an employee in a Social Security office would actually think they were 31 days in April. And I would also have to give a shout out to the woman who entered the info from his Social Security form back in 1968 and actually entered April 31. I’m not saying you have to be a rocket scientist to work for the Social Security office but I would think you’d have to know that April 31 does not exist and never has!

I can understand that initially when she asked Jerry for his birthdate, and saw that 31st, for a second, she might’ve not been thinking and she could have asked for the date again; but after asking about four times, she seemed to have been trying to hint to Jerry to provide a different answer, kind of like his days at BTA, one in particular.

His class was in the middle of a difficult Regents exam which most of the class felt they would fail. All of a sudden, the very strict proctor left the room and the most beloved BTA teacher, Mr. Merlis, took his place. The class stood and applauded. He walked around the room and would look at each student’s paper, and in some cases would ask, “Are you sure you want to write that answer? Maybe you should reconsider.” The whole class passed, by way, and everyone’s summer plans were saved!

The Social Security representative told Jerry that she had no idea how that mistake could’ve been made in the first place and certainly had no idea why the representative who initially helped him did not realize the date didn’t exist. She said it wouldn’t be a problem to correct it but that he would have to now apply for a new card and in order to do that he would have to apply for a certified copy of his birth certificate and renew his passport which has since expired. I might have to come out of retirement again for that saga!

To be fair, this really wasn’t Jerry’s fault — although it definitely was a “Jerry story”! What really was his fault though is this:

A friend of ours had surgery and could only be on a liquid diet for two weeks. Being that his wife was really busy with work, I offered to prepare a bunch of hearty soups for him. I made 8 quarts of butternut squash soup, 6 quarts of ginger carrot, 8 quarts of chicken, and 8 vegetable. All were blended so they were okayed by the doctor.

The same day that Jerry delivered the soup to our friend he also delivered a few bags of items that I purchased for my sister and things I baked. I told him to put the bags for our friend in the back seat on the floor, and the things for my sister in the trunk so that there wouldn’t be a mixup.

Fast forward a week, when I put my hand behind my seat to pick up my phone which I had dropped. My hand felt a bag that I thought was just a bag filled with more plastic bags that I keep in the car, but no, this felt like a bag that was heavy. I got out to open the rear door to investigate.

It wasn’t one bag it was two. It wasn’t filled with plastic bags, as I thought, it was filled with quart sized containers — yes, soup containers, 12 to be exact. At least the other two bags made it. Not sure how it had no odor at all at this point, I’m thankful for that!

Jerry and I want to wish you all a good Yom Tov and most of all good health! Stay safe my friends.

And talking about good health, here is the recipe that I tweaked a bit, for a low-fat low-sugar cheesecake. Of course if you compare it side-by-side with a deck a tent over the top full fat and sugar cheesecake you will definitely tell the difference, but at about 80 calories a portion you can even have two, and it tastes pretty good!

If you like you can substitute Splenda or another sugar substitute for the sugar although there is not much sugar in it.

Adapted from a recipe by Monica Straith BS

Preheat your oven to 350 degrees. Grease a 9 inch square pan. Blend the cottage cheese and yogurt until smooth. Add the remaining ingredients and combine until everything is thoroughly mixed.

Pour your mixture into the pan and bake for 30 minutes, or smooth, but solid. It should jiggle a little, but shouldn’t be too loose. Once it cools it will solidify.

Let your cake cool completely, then refrigerate for 2-3 hours before serving. I get 12 square portions. About 80 calories a portion and lots of protein. Will last a week in the refrigerator.