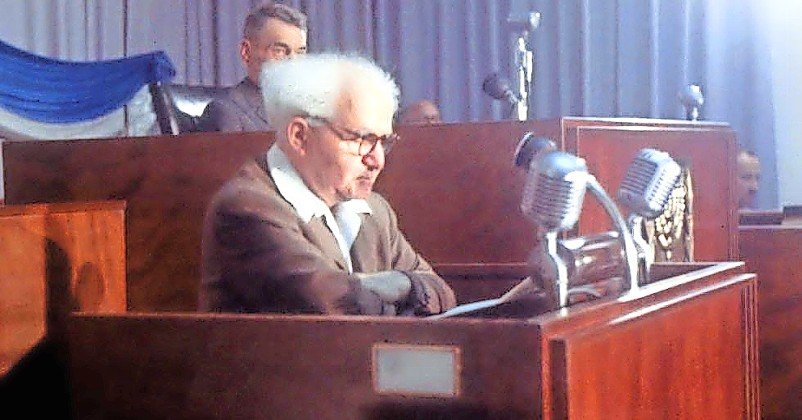 A demand for global equality is the Zionist cause.”
By Benjamin Kerstein

The claim that Israel is an apartheid state has, in fact, little to do with the actual charge of apartheid. It is, first, little more than a cheap attempt to demonize the Jewish state. But more ominously, it is also a call for Israel to be dismantled, just as South Africa’s apartheid regime was, quite rightly, dismantled.

To destroy the Jewish state would, of course, be an injustice to the Jews quite as horrific as the injustice apartheid did to black South Africans. But it is worth pondering the nature of this injustice and following the dark logic of the apartheid libel to its inevitable end.

This simple but remarkably profound statement points out that injustice need not take place only in a community or a nation. Injustice can be global. It can rise higher than mere questions of territory and individual rights. It can be expressed in the nature of the international system itself.

In the case of the Jews, this global injustice was obvious: By leaving the Jews without a nation of their own, and thus denying the Jewish people its right to self-determination and self-defense, the world constructed a discriminatory regime that kept the Jews separate and unequal — second-class citizens of the world. It was, in effect, a global apartheid.

Implied in Ben-Gurion’s insight is not only that this global apartheid must end, but that it can only be ended by the creation and perpetuation of a Jewish state. Thus, in Ben-Gurion’s view, Zionism is not simply a territorial or nationalist movement. It is a global movement that seeks to correct a global injustice. It is a struggle to do nothing more — but also nothing less — than to make the Jews equal citizens of the world.

This has profound implications (and not only for the Jews) because it implies not simply a moral imperative but an assertion of certain responsibilities. The world, Ben-Gurion was saying, must remember that it is overwhelmingly not Jewish. As such, it has responsibilities towards one of its smallest and most beleaguered minorities, just as an overwhelmingly white nation has towards its black minority or a Muslim nation towards its non-Muslim minority.

The world’s responsibility is or ought to be fairly clear: It is to ensure that the Jewish people is not a second-class people, and that it enjoys the same rights and privileges as any other people via a state of its own.

This demand for global equality is the Zionist cause, a cause that seeks to either achieve global equality for the Jews or, if necessary, force the world to treat the Jews equally. The anti-Zionists may despise this as much as they like, and attempt to paint the movement they loathe in the colors of discrimination and oppression, but this does nothing more than underline their sinister hypocrisy.

And this may be the ironic end of the logic of the apartheid libel. In demonizing Zionism and demanding the end of the Jewish state, the libelists, in fact, advocate apartheid. They wish to reimpose a centuries-old discriminatory regime upon the Jews by asserting that not the end of apartheid, but apartheid itself is a moral imperative. Thus, they transform themselves—all unknowing, perhaps—into a dark mirror of their own professed values and beliefs.

This is all the more the case because of the nature of the apartheid regime that the libelists advocate. It would not be like South African apartheid, which was on the scale of a nation. That was quite bad enough, but the anti-Zionists’ apartheid would be on the scale of the world. It would be a global apartheid in which the international community itself becomes an instrument of oppression and discrimination.

Most anti-Zionists, of course, would not have to live under this global apartheid, which may be why they feel they can advocate for it with a clear conscience. But this does not change the monstrous nature of what they are advocating, nor the absolute imperative to fight it.

Ben-Gurion was right when he said that Zionism is a question of the Jews and the world, and we should remember that, for centuries, the world refused to live up to its responsibilities to the Jews. Today, a large part of the world still refuses to do so and wishes to convince others to refuse as well. The libelists can condemn apartheid, but apartheid is what they want, and apartheid is what they intend to impose. If Zionism means anything, it is that we should not let them.