Accosted by a hater: What would you do? 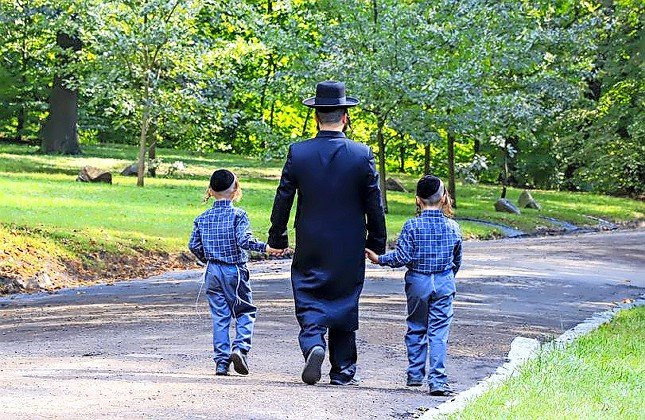 Balance a duty to our safety and the safety of those in our care with the impulse to defend our integrity from those who want to humiliate us.”
By Ben Cohen

Paul is an Australian Jewish man in his late 40s who lives in the city of Brisbane, in the state of Queensland. Paul (the name he has been given by local media to protect his identity) was walking to a local synagogue with his 11-year-old son, where they were attending a bar mitzvah. On their journey, they were accosted by a stranger who, having noticed the kipahs that father and son were wearing, yelled “Heil Hitler” in their direction while giving the Nazi salute.

Having completed the volley of anti-Semitic abuse to his satisfaction, the man turned on his heel and strode off. But Paul wasn’t done. Reaching for his cell phone, he began following the stranger while filming him.

“Hey buddy,” he called out, “saying ‘Heil Hitler’ to me?” The man didn’t respond, however, and so Paul continued pointing the camera and asking why he had been verbally abused with a Nazi slogan.

It didn’t take long for the man to snap. He lunged at Paul, punching him hard above the left cheekbone. Despite the blow, Paul managed to keep his phone in his hand, catching the man on video as he ran from the scene. “Hitting me like that, you [expletive]” Paul shouted after him in a voice shaking with rage. “I’m reporting you to the police!”

Paul did report the attack to the Brisbane police, which are now investigating. In an interview with the local broadcaster 9News, Paul observed that the assailant “gave me a Hitler salute, purely because he saw the kipah I was wearing on my head.”

While news coverage of the incident was deeply sympathetic to Paul and his son, who was forced to endure both anti-Semitic abuse and the sight of his father being punched because they chose that moment to walk to shul, the 9News reporter asked the question that was on everybody’s lips.

“This is no criticism of you, but some people will question why you went after this guy,” the reporter posited.

It was the decent answer of a brave man, but is it the last word on this particular incident? Especially at Rosh Hashana and Yom Kippur, it’s worth remembering that what Paul experienced could happen to any of us. We are therefore bound to engage in soul-searching about what we might do in such a situation—and how we might balance the duty to our own safety and the safety of those in our care with a natural and entirely legitimate impulse to defend our integrity as Jews from those who want to humiliate us.

There is no easy answer from any perspective.

As a father, I have to guiltily admit that my reaction would probably have been similar to Paul’s; the guilt stems from the realization, after the heat of the confrontation is over, that you exposed your child to unnecessary danger. What if the man had been carrying a knife or—as would be far more likely on the streets of an American city—a gun? And why provoke him further by continuing to film him to the point where you were too busy aiming your phone in his direction to think about defending yourself?

Yet there is a flipside. To ignore a goon screaming Nazi slogans at you in broad daylight because you have the temerity to wear a head covering in public is to accept that such behavior is, if not normal, an inevitable part of the experience of being a Jew. By meekly walking on—by pretending that you don’t see the eyes burning with hate or the spittle forming at the corners of the mouth—you perhaps save yourself from bodily harm but allow another kind of pain to be inflicted upon the mind and the soul.

It is hard for a young boy to feel proud of his Jewishness if he sees his own father acquiescing to abuse that targets him for the sole reason that he is a Jew. Moreover, in a moment like this one, he starts to believe that the choice of being Jewish is no longer primarily a question of faith or culture, but rather it is an identity whose adoption is dependent on what others outside your group think.

Do I want to be a member of a community that is the subject of such hatred, a traumatized 11-year-old might ask? What’s so important about being Jewish that I should put up with being mocked and stigmatized like this?

During these weeks, rabbis in synagogues across the world will advance numerous answers to those questions, or versions of them. But whatever wisdom one encounters from the pulpit, Paul’s flawed yet noble response to his tormentor is worth keeping in mind for three reasons.

First, the unmistakable pride in his Judaism, a sentiment that has kept us alive as a community across the centuries.

Second, the determination not to be silent in the face of hatred and to accept the risks that come with that stance.

Third, providing his son with an example—albeit, a risky and irresponsible one—of Jews standing up for themselves.

For many observers, those features still don’t excuse the fact that Paul, with his son in tow, chose to confront a complete stranger with obviously violent tendencies. Perhaps he might be more circumspect next time; certainly, one should not criticize the inverse reaction, which would be to save yourself and your loved ones by walking away.

But Paul didn’t do that because in the moment, he felt that something of historic importance was at stake: the right of Jews to be Jews without discrimination or harassment. This year, and every year, that is a message to carry in both the mind and the heart.

Thinking anti-Semitism: Back to square one?

Anti-Semitism, now without the anti-Semites